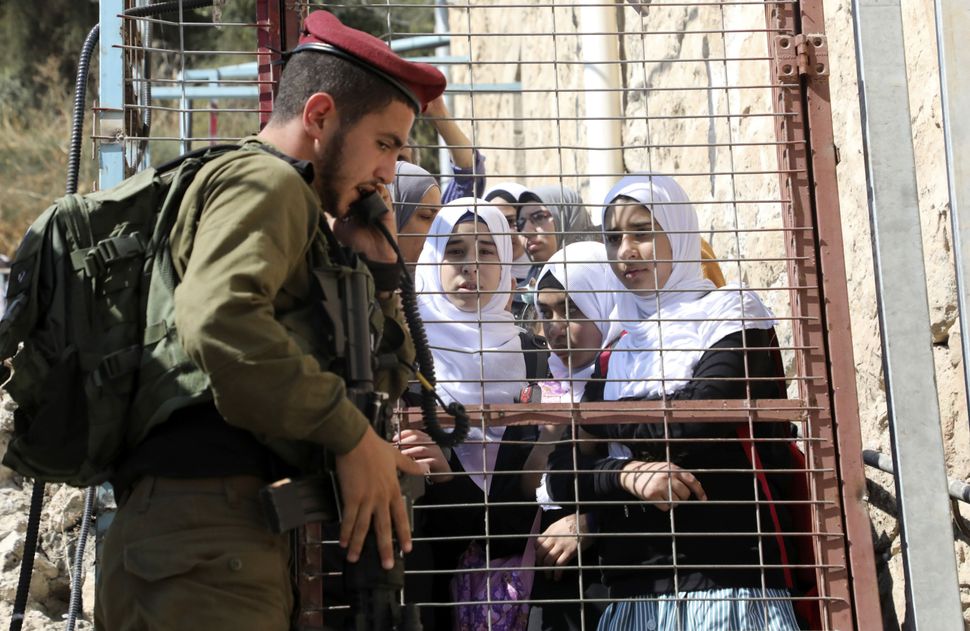 The Reform Movement works in partnership with our members and institutions in North America, Israel, and the world to represent our Jewish values in Israel. Engaging actively with the non-profit Keren Kayemeth LeIsrael is one of the many ways we manifest our support.

The historic National Institutions of the Zionist Movement, including the World Zionist Organization, the Jewish Agency for Israel and Keren Kayemeth LeIsrael, strengthen the Jewish State and also give a voice to world Jewry. We demonstrate our commitment to the Zionist Movement through the significant role we play in these institutions — and, we expect they will live up to the high ideals they represent.

It is for these reasons that we were exceedingly distraught to discover that some KKL leaders created a secret company within KKL to buy land in the West Bank, bypassing the entity specifically charged with land purchases.

These purchases constitute a major violation of trust by those who made them. They engage this vital Zionist institution, which should reflect the consensus of World Jewry, in one of the most divisive issues Israel faces. That some purchases involve properties located in sensitive and contentious areas of the West Bank, an action that many would see endangering Israel’s security, exacerbates the divisive effect.

Further, the purchases were made by KKL against the principles of transparency and proper management, deceiving the board of directors and most senior leaders in the organization — intentionally bypassing the entity charged with land purchases, most likely because its current chair is one of our Reform Movement representatives.

As soon as our representatives learned of these purchases, we demanded the immediate cessation of all land acquisitions outside the sovereign borders of the State of Israel and asked for full disclosure of all such activity. We are insisting that an external body, not associated with KKL, perform a full and comprehensive investigation.

But let me be clear: We are in no way severing our ties with KKL. On the contrary; had we not been there, these misdeeds could — and likely would — have continued. The very fact of our leadership position, and our heft in the organization, allowed us to demand transparency, a full accounting, and a change to future decision-making policies. In light of these transgressions, we are more committed than ever to being present to making a difference.

We did conclude, however, that under these circumstances, we cannot, in good faith, allow KKL, given all the attendant advertising that accompanies sponsorship, to be a public sponsor of the Union for Reform Judaism’s Biennial convention next month. The Biennial is a vibrant celebration of the beliefs, creativity, and accomplishments of the largest stream of North American Jewry. At this time, it simply is not appropriate for the Biennial to celebrate KKL.

Meanwhile, we plan to intensify our participation in KKL. Even as we push for reforms to ensure accountable and transparent governance, we are readying ourselves for the upcoming opportunity to further strengthen our influence within KKL and other Zionist institutions.

Every five years, elections are held for the World Zionist Congress, through which the world Jewish community can make its voice heard and its vote count. Seats and leadership positions in KKL are allocated according to the votes garnered in the WZC elections. Every North American Jew who is at least 18 years old can vote. By winning votes in the WZC, we strengthen our ability to influence the future direction and decisions within KKL and the other National Institutions.

We are preparing for the vote by placing these four action items at the top of our agenda: (1) advocate for Jewish pluralism, including religious equality and recognition of liberal Jewish streams in a Jewish and democratic state; (2) ensure that no funds administered by the WZC will go to support areas beyond the sovereign borders of Israel; (3) demand that KKL and the other organizations operating under the WZC act with transparency; and (4) strengthen the ties between Israel and world Jewry based on mutual respect, ongoing dialogue and inclusivity, and a shared love for Israel and a commitment to her core values as a Jewish and democratic state.

Our unwavering devotion to Israel is inspired by the tradition and the precepts that guide our lives. There is extraordinary strength in the collective efforts of world Jewry. K’lal Yisrael, the unity of the Jewish people, is not simply a slogan for us. We continue our engagement with KKL precisely because we believe it will help ensure that the institutions that unite us globally can and will represent an inclusive, pluralistic Judaism that signifies and offers Israel the ability and fortitude to thrive for generations to come.