What the media got wrong about the Siyum Hashas 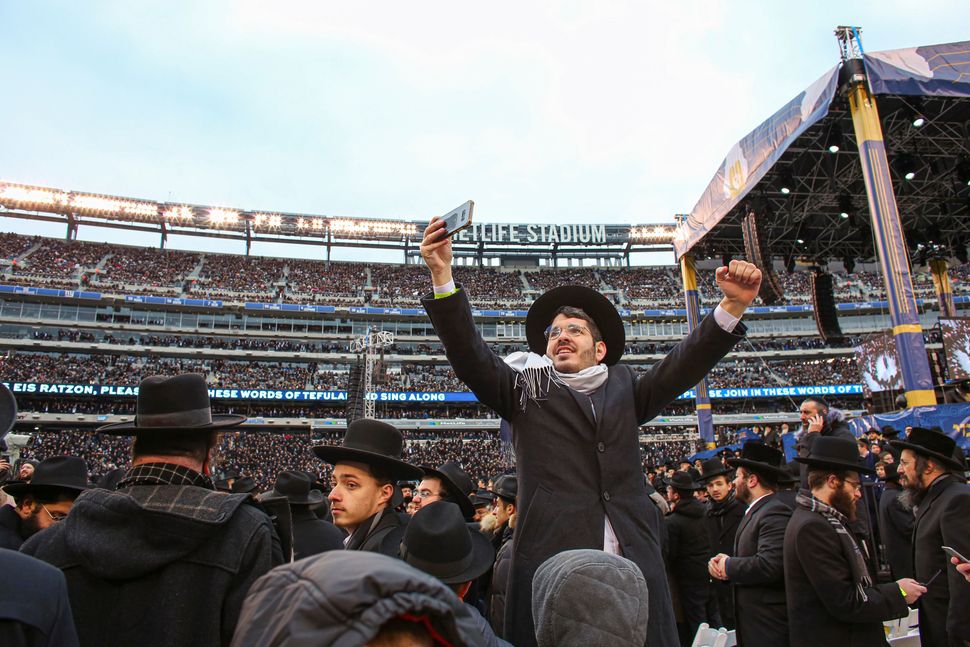 New Year’s Day presented America with a split-screen of Orthodox American Jewish life in 2020. A jubilant 90,000 souls gathered at the MetLife stadium on Wednesday, proudly celebrating the Talmud study which is the cornerstone of their lives. But while we listened to the words of rabbis, we were also receiving WhatsApp messages informing us of two more assaults on Orthodox Jews, both in Brooklyn, joining the list of dozens of assaults in recent months.

To some, this split screen was one story: Orthodox Jews had gathered in an act of defiance in an age of rising anti-Semitism and anxiety for visible Orthodox Jews.

But to the insider, the reality was very different. In a four-hour long program, between a dozen speakers, the violence that this community now faces daily was barely mentioned.

It’s surprising, right? Just four days after five Jews were stabbed with a machete, and a few weeks after two Jews were murdered in a kosher supermarket in Jersey City, with hundreds of anti-Semitic incidents against visibly Orthodox Jews over the past year, you’d think that at a gathering of 90,000, it would be central.

It was not. Because rather than an act of defiance, the Siyum Hashas was entirely apolitical — it was no demonstration, no march, no rally. And it was an encapsulation of the fact that Jewish practice in the face of adversity is nothing new for us.

The event symbolized how much these attacks fit into the narrative that frum Jews tell of our heritage.

It’s this that the media has struggled to comprehend in its coverage of rising anti-Semitism against Orthodox Jews: Our understanding of our suffering has always had, first and foremost, spiritual significance. In every generation, they rise up against us, the Hagaddah tells us. Traditional Jews take that literally.

Thus, during the Siyum Hashas, two of the leading rabbis of the Agudath Israel, Rabbi Malkiel Kotler and Rabbi Shmuel Kamenetsky did not allude to anti-Semitism, the ongoing threats, or the anxiety that many participants may feel. The Novominsker Rebbe, Rabbi Yaakov Perlow, mentioned it in brief passing. Throughout, their topic was singular: The importance of study, its centrality to our lives. They emphasized the importance of consistency, of aspiration — of not letting failure drag one down.

This is not to say that security is not on our minds — certainly, the security arranged for this event was heavy. After all, we are not immune to the data, which shows that these attacks are more frequent and increasingly violent. The tranquility of our neighborhoods has been shaken dramatically in the last year. 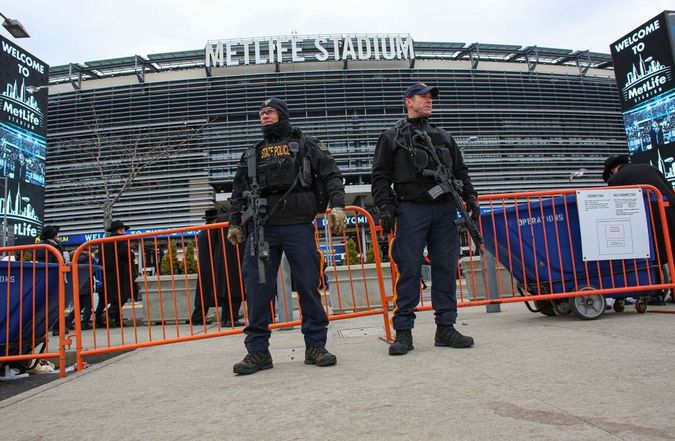 But we are not exactly surprised.

After all, the burden of being hated for who we are has always been there — it is at the center of our ideology; we are destined to be hated, and there is no peace for us in exile until the arrival of the Messiah. In a way, when things are going well in exile — that’s when we’re surprised. So while some American Jews may be shocked by the recent spate of attacks, I am not sure it is as earth-shattering for the Jew who has spent her whole life attending prayer group meetings for brethren injured in terror attacks in Israel, who has spent every Tisha b’Av sitting on the floor mourning murdered Jews, and who has long ago crossed off several European cities from travel destination options because of the dangers inherent there for a visible Jew.

Put simply, for many Orthodox Jews, anti-Semitism is not only a social or political problem; it has a spiritual element, too. This is not to blame the victim, God forbid, but rather to reorient a community’s suffering to a plane that matters, where there is some control – a spiritual one – and to find a way to use that suffering to bind one closer to God, and to one another. 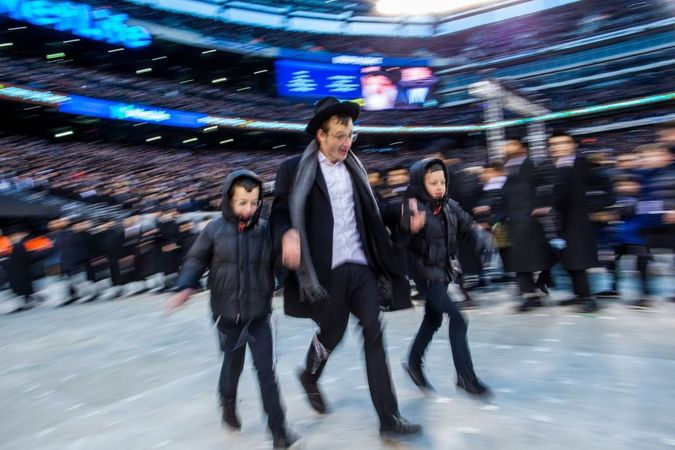 Orthodox Jews sing and dance during the 13th Siyum HaShas, a celebration marking the completion of the Daf Yomi, at the MetLife Stadium on January 1, 2020 Image by Getty Images

This is, after all, a fundamental part of the Orthodox psychology, one that is perhaps foreign to some: When we are attacked, our standard response is a pivot to the spiritual, no matter what other physical security measures might also be taken.

And that’s where our books come in – the Torah, and the Talmud celebrated yesterday. Here, Torah study is an escape. It has always been that. No matter what we went through — our texts were our breaths of air. When things got bad and we were forced to flee, our books were often the only things we took. In the ghettos and cattle cars, in tenement buildings and Soviet prisons and DP camps — this was the thing that kept the traditional Jewish spirit alive.

When things get bad, we often turn to the past, to the solace offered by our intellectual heritage, by the endless, oft-inconclusive debates of the rabbis, the stories they tell, the laws they point to. In a moment of fear, we turn to the words of the Talmud’s Rabbi Yeshoshua ben Levi, who teaches us that “one who is walking along the way without a companion and is afraid, should engage in Torah study.” The Talmud later suggests that when one is in physical pain, one should study Torah — and that’s what yesterday’s gathering was about: It was a chance to turn away from the pain, the news, the violence, the anxiety. It was a moment to pause this very moment in time, with its particular challenges.

It was, in the minds of attendees and speakers alike, entirely timeless.

Correction: This article originally stated that anti-Semitism was not mentioned at all during the event. It was mentioned thrice, albeit briefly.

What the media got wrong about the Siyum Hashas