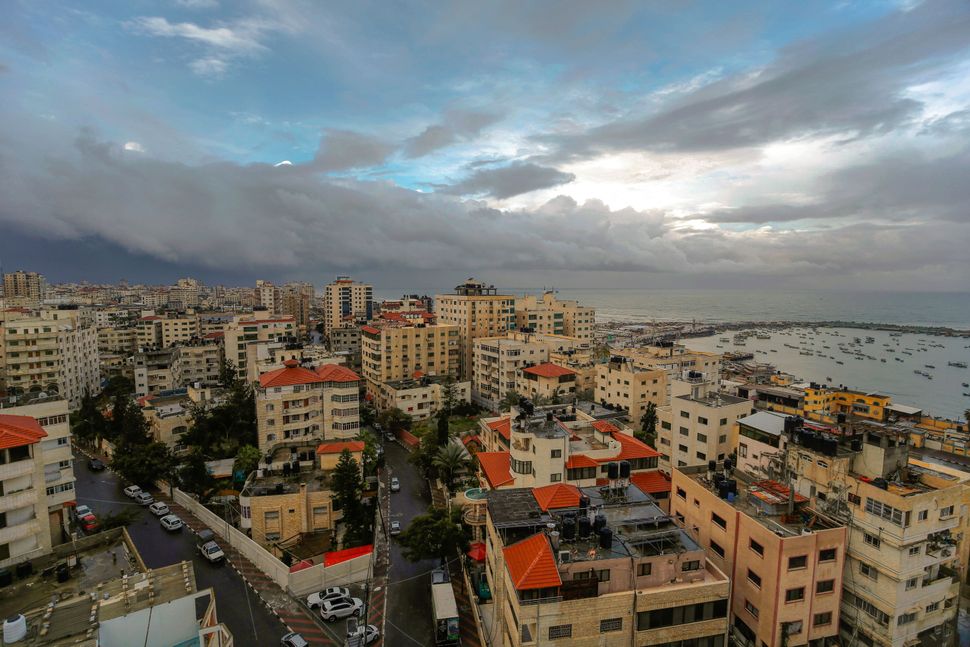 On Tuesday, Donald Trump rolled out a historic agreement between the United States and Israel. For the first time in the history of the peace process, the United States debuted an end-of-claims accord that offered the Israelis unprecedented concessions, including the right to annex 30% of the West Bank.

By contrast, the U.S. has presented the Palestinians with a path to statehood rife with caveats. The Palestinian Authority must effectively regain control of Gaza, accept limited Palestinian sovereignty, recognize a Jewish state — the list goes on. The PA, weak and isolated, rejected the agreement long before its release and was conspicuously absent from both the planning and its rollout.

At the same time that Trump’s plan has been looming, back in the Gaza Strip, a very different type of peace plan has unfolded. With Egypt’s help, Israel and Hamas have entered into a below-the-radar cease-fire agreement. In exchange for relative quiet, including a cessation of rocket-fire and an end to large-scale demonstrations at the border fence, Israel has eased restrictions on Gaza to levels not seen since Hamas’s takeover of the government.

Thus far, Israel has extended more than 5,500 work permits, allowed Gazan trade to increase, expanded the fishing zone back to 15 nautical miles, and allowed bulldozers to once again enter.

Even when violent incidents recurred, the effort has persisted. The measures have created a modicum of hope in the devastated territory that is perhaps the greatest flashpoint in this conflict, and yet amounts to all but a footnote in Trump’s larger plan.

The so-called “understandings” between Israel and Hamas are of course modest by comparison to the Trump initiative, and not without political complexity. The arrangement has empowered Hamas at the expense of the PA in Gaza, and while both parties have worked hard to keep the terms out of the headlines, they have attracted criticism on all sides.

Still, the understandings have generated a mutually beneficial outcome, staving off a major humanitarian crisis and stymying the immediate threat at hand. And while the narrow arrangement doesn’t seek a resolution to the wider conflict, it is an important contrast point and insight into what is possible, in real time, when both Israelis and Palestinians feel it is in their interest to pursue a changed course of action — and work aggressively to do so below the radar, without political spectacle.

The merits of such an approach are historically rooted. The only successful breakthroughs between Israel and her neighbors, including Egypt, Jordan, and the Palestinians during Oslo, were negotiated directly between the parties. The United States was only brought in later to advance the process and further incentivize a deal. In a ripe political environment, negotiations commenced in secret to allow each side to take risks, and to shield deliberations from external politics and pressures. The U.S. acted as a neutral — or at least ostensibly neutral — broker.

Subsequent administrations that sought to fabricate hospitable circumstances or impose a process absent an indigenous effort all failed. And while pressure from the US and international community has helped motivate the parties — and importantly, also restrained them from indulging their worst instincts — for progress to be possible, it has become clear that the parties themselves must enter negotiations willingly and be committed to the outcomes achieved. After all, they are the ones who must live together with the consequences.

The Trump Administration’s approach to peace has been a stark contrast to these lessons. He has held to none of the conventions established by his predecessors, nor to the terms they sought to advance. His team has never operated under the pretense of neutrality. The entirety of the process — from conception to execution — has been clouded by public posturing and domestic politics, with a release correlated to cynical political considerations in the United States and Israel, rather than any internal ripening of circumstances.

Perhaps most striking is that at no time in this process have the two sides come to the table. Even if we accept that plan’s premise that it is time for a new approach, that the realities on the ground in the West Bank are not what they were during past negotiations, and certainly not during past agreements, a durable peace has to be agreeable to both sides. The administration acknowledges this principle in its proposal, and yet at the very same time, by enabling Israel to immediately annex territory in the West Bank, it is promoting just the opposite: unilateralism.

The result is a plan that drives the two sides only further apart. The Palestinian Authority has been deprived of agency. The Israelis, for their part, have been disincentivized from making the substantive concessions necessary to actually resolve the conflict with their neighbors. To the contrary: It has pushed the Israeli government into embracing a more expansionist position than ever before, empowering elements to the right of Netanyahu who have advocated annexation when he himself has not.

It will take time for the full ramifications of the agreement to play out, but the outlook is not bright. As Palestinians call for protest, the fragile Gaza understandings now also hang in the lurch. The threat of violence in the Territories looms large. Israeli-PA relations are headed for a new low, and questions about the future of the PA itself are sure to resurface.

Of course, the terms of the agreement may just be cast aside, subsumed by elections first in Israel and later in the U.S. But if annexation indeed moves apace, Israel could face consequential international pressure, not only from European allies or Arab neighbors, but also from a Democratic House or future Democratic administration eager to prevent a one-state outcome from emerging.

The Trump administration, for its part, will enjoy whatever political gains it might reap from unveiling its plan and can retreat to the safety of America’s borders. The Israelis and the Palestinians — for better and for worse — will alas be left on their own to sort through the wreckage.

Carmiel Arbit is a nonresident senior fellow for Middle East programs at the Atlantic Council. She was previously the director of strategic engagement at the American Israel Public Affairs Committee.