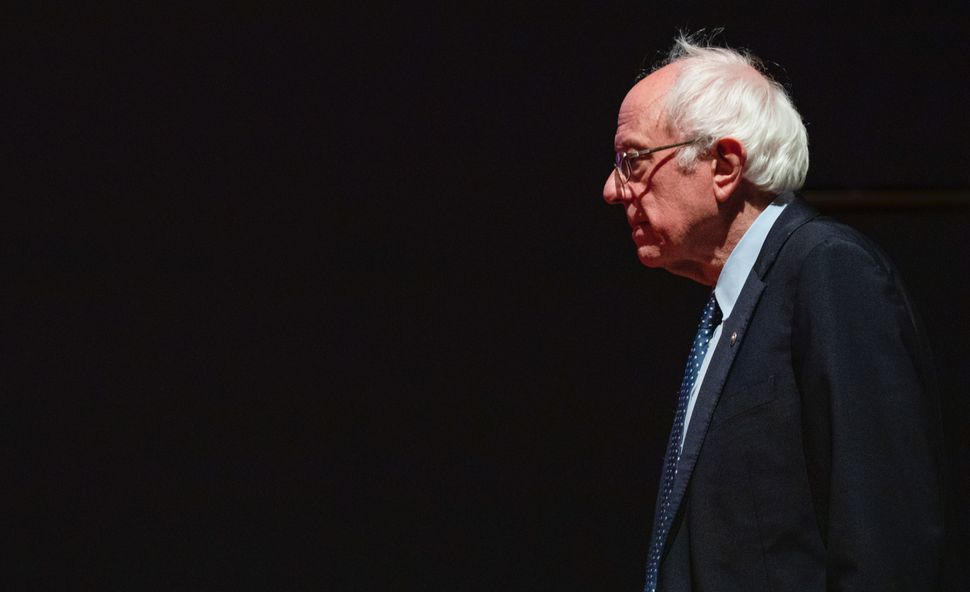 In January of 2019, when Kamala Harris officially announced the launch of her Presidential campaign, she was immediately met with a scathing meme: “Kamala is a cop”. Her attackers’ point was that Harris’s previous work as a prosecutor in California, in San Francisco and as State Attorney General, was disqualifying.

Harris had many attackers, but perhaps none so prominent as those in Vermont Senator Bernie Sanders’ camp. Sanders is also running for the Democratic nomination, and some of his most prominent surrogates pushed that narrative relentlessly, including his national press secretary.

This is very dumb. Arguing that Harris’s experience as a prosecutor is good because it brought her closer to the people is like arguing that becoming a slave driver is a good way to get to know black folks. https://t.co/y9gDQsV5xd

It was part of a pattern of hammering political opponents on criminal justice issues. In both the 2016 and in 2020 races, Sanders criticized Democrats Hillary Clinton and Joe Biden for their support of the draconian 1994 crime bill that led to much of America’s mass incarceration. “While @HillaryClinton was campaigning for mass incarceration in the crime bill, Bernie spoke against it,” he tweeted in April 2016.

While @HillaryClinton was campaigning for mass incarceration in the crime bill, Bernie spoke against it: https://t.co/d058iL5zuX #DemDebate

The only problem? Sanders himself voted for the bill.

While @HillaryClinton was campaigning for mass incarceration in the crime bill, Bernie spoke against it: https://t.co/d058iL5zuX #DemDebate

Since the 2015 launch of his first presidential campaign, Sanders justified his crime bill vote by claiming it was only because it contained an assault weapons ban, or the Violence Against Women Act — and that he actually abhorred the tough on crime portions of the legislation.

But in a video from the 1990s recently obtained by CNN, Sanders made several statements about his belief in building “more jails” and the need for “tougher” penalties for criminals.

In other words, Sanders and his surrogates ruthlessly attacked his political opponents for years on an issue where there was no daylight between his position and theirs.

This is not the only such example. This kind of hypocrisy and historical revisionism has become a feature of a Sanders campaign that has fought to portray Sanders as the candidate who has always had the correct values and made the right votes.

When Kamala Harris went on the offensive in the first debate attacking Joe Biden’s former position on busing, many Sanders surrogates began to echo the attacks. Sanders’s campaign heavily criticized Biden on busing, going so far as to say that Biden didn’t want black children around white children.

What the campaign failed to mention was that Bernie held the same position as Biden on busing in the 1970s. CNN found another interview of Sanders from 1974 where he said, “In the long run, busing, as a means toward quality education for all school children, creates racial hostility where it did not previously exist.” In a more recent interview on the topic, Bernie knocked busing by calling it “not optimal,” and asking if anybody thinks it is a good idea.

Another key tenet of the Sanders’s argument is that he has always been against U.S. military expansion, and he frequently holds up his vote against the Iraq War in 2002 as evidence. And the 2016 Sanders campaign was not been shy about attacking Hillary Clinton and Joe Biden for voting for the Iraq War. But while Sanders did indeed vote against the Iraq War, he has previously espoused support for increasing military funding and the authorization of U.S. military action abroad.

For instance, Sanders actually voted for the 2001 Authorization of Use of Military Force that provided the legal justification for fighting the 9/11 terrorists, and is still used as the legal justification for fighting the Islamic State today. He also voted for a 1999 resolution which provided then President Clinton with the powers to conduct airstrikes in Kosovo. And Sanders had no problem supporting military funding when it meant helping grow the Vermont economy. He supported bringing expensive F-35 fighter jets to Vermont, where they are now stationed at the Air National Guard Base at Burlington International Airport.

Naturally, when Sanders talks about his record on war, these positions are conspicuously absent.

Perhaps the biggest example of Sanders’s hypocrisy though comes from his rhetoric on compromise. Sanders and his surrogates have been very vocal about refusing to compromise with Trump and other Republicans.

There is no “middle ground” compromise with Donald Trump and the GOP. pic.twitter.com/EKu13ktjyc

His campaign has attacked Joe Biden and Hillary Clinton for their supposed willingness to compromise with Republicans.

Most recently, Sanders touted the endorsement of Joe Rogan, sharing it on social media in a specially made clip. Rogan has for years openly spouted racist and sexist rhetoric. Laced into his radio show is a stream of transphobic commentary, and he once compared Black people to the movie “Planet of the Apes.” And Rogan, a white man, has repeatedly used the N-word on the air.

It seems that Sanders is indeed willing to compromise with Republicans, even as he attacks Democrats for supposedly doing the same thing.

These hypocritical and self-serving attacks are meant to obscure Sanders’s own record on a number of issues where the truth isn’t that flattering. It’s a striking and shocking hypocrisy from someone whose built his identity on supposed purity.