How can we trust the media when they lie about our community? 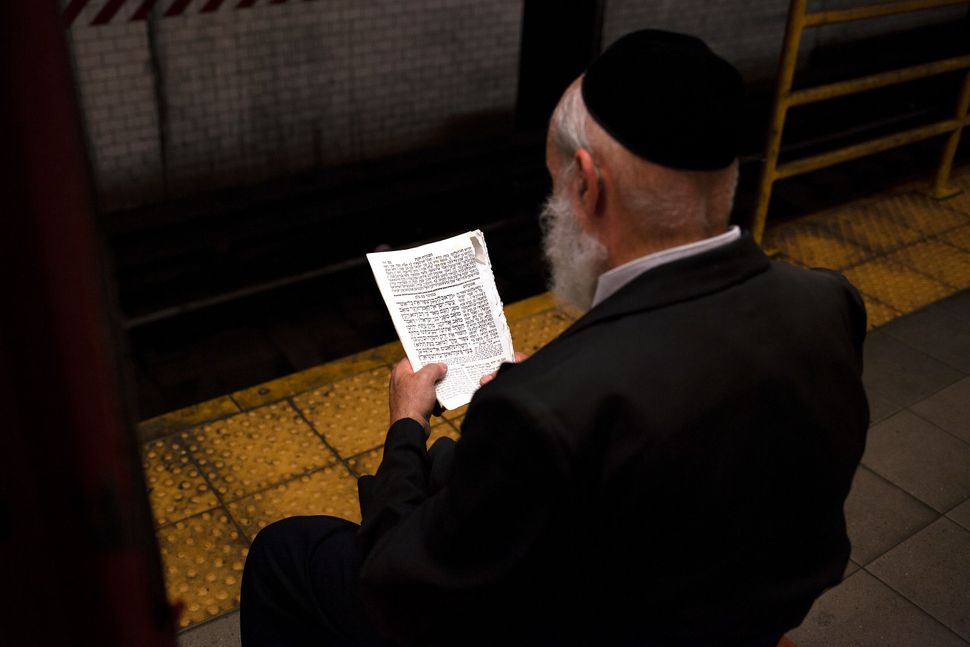 We’re living in an age where public trust in the media is at an all-time low. Just 21% of Americans say they have “a lot of trust in the information from national news organizations.”

In my community, it’s probably much lower. Routinely, Orthodox and haredi Jews are forced to read news reports about us that have very little correlation to reality. A perfect example of this happened this past Tuesday, when Attorney General William P. Barr visited Borough Park for a meeting with Orthodox Jewish community leaders. It was a small meeting, just a minyan sitting around a table in a tiny room, discussing the issues. It was just Attorney General Barr, the Orthodox stakeholders, a handful of DOJ staff and several members of the media (the Forward was not among them).

I was there too. So I can tell you that the story I read about in the media was not the one that transpired in that room.

If you read most of the reporting about the event, you would think what took place was a politics-driven conversation dominated by New York’s recent bail reform law and the Orthodox Jews and Trump Administration representatives devoted to crushing it. Part of this is about the fact that Barr’s office has announced it will be bringing federal charges against Tiffany Harris, a woman who was arrested for targeting and slapping multiple Orthodox women, who was released without bail thanks to the new law. But mostly, it’s about the fact that when it comes to the Orthodox, we just can’t get a fair hearing in the media.

Take The New York Times’ story, which was a perfect example of this misreporting: The Times framed the entire visit through the lens of bail reform, with a headline proclaiming Barr was “inserting himself into the bail reform fray.”

And yet, in their very own story — which was entirely about bail reform — even they had to concede that “Mr. Barr did not specifically mention bail reform” during the meeting.

That was certainly true. Not a single person in the room even brought up bail reform, and for good reason: The federal charges against Harris were not about that. They were, to quote Barr, about “lowering the level of tolerance for violence against the Jewish community” by using “the federal government to plant its flag and show zero tolerance.”

The Times, however, was not alone. Over at JTA, Ben Sales, who was in the room during the meeting, filed a brief with an opening paragraph representing Barr as “blaming the rise of anti-Semitism on what he called ‘mutant progressivism.’” Of course, Barr never said that. The actual words — which Sales ended up correcting after being called out on Twitter — were words anyone with any familiarity with the subject matter would have recognized, were “militant progressivism.”

(My apologies: I misheard and originally quoted him as saying “mutant,” not “militant.” We’ve corrected the article.) https://t.co/8UgxKkTSnb

Barr’s point, which was well taken, was that “militant progressivism” embodies a drive to reorganize society based on rationalism and animated with a passion you usually expect among religious people, casting those who oppose them as not just wrong but evil. That, Barr said, is part of the cause of the “hatreds and the antipathy” toward traditional communities such as the Orthodox. It has seeped into our politics, and is a cause of toxic tribalism — as well as the anti-Semitism some communities are now struggling with.

It was an intelligent reading of a situation we are struggling desperately to understand and contain. How ironic that it was mutated by the words of the liberal media.

But that was not the only misrepresentation in that exchange alone. If you read the news reports, Barr reportedly attempted to push back on “the idea that President Donald Trump bore any of the blame for the national rise in anti-Semitism, a notion raised by one of the participants.”

This, too, did not happen. What one participant, while bemoaning the extra difficulties he sees in our polarized moment when attempting to engage in inter-community relations, did say was that he sees “so many people [who] are eager to blame, frankly, the president on the change of tone in the country but I think that those people have to look into themselves to see, ‘what am I doing to tone down the conversation?’”

The distressing thing here is that I only know all of this because I was in the room when all of this occurred. If I had not been there, I would likely have also trusted the false narrative which was being concocted by the media.

Am I really to believe things are different when I’m not in the room?

So why does this keep happening to my community? People tend to lean back on things they recognize, on things that are familiar to them, and reporters are no different. Especially when reporting about Hasidic Jews, reporters are prone to misrepresent, build connections where none exists, hear things which never happened, and make incorrect assumptions — all because of what fits the frame for the story they recognize and are most comfortable telling.

Even if it isn’t the story that happened.

But the job of the media is to tell the story that happened — even if it isn’t easy for them to tell it. And the reason so many people distrust them now is that they’ve been failing miserably at doing this.

How can we trust the media when they lie about our community?