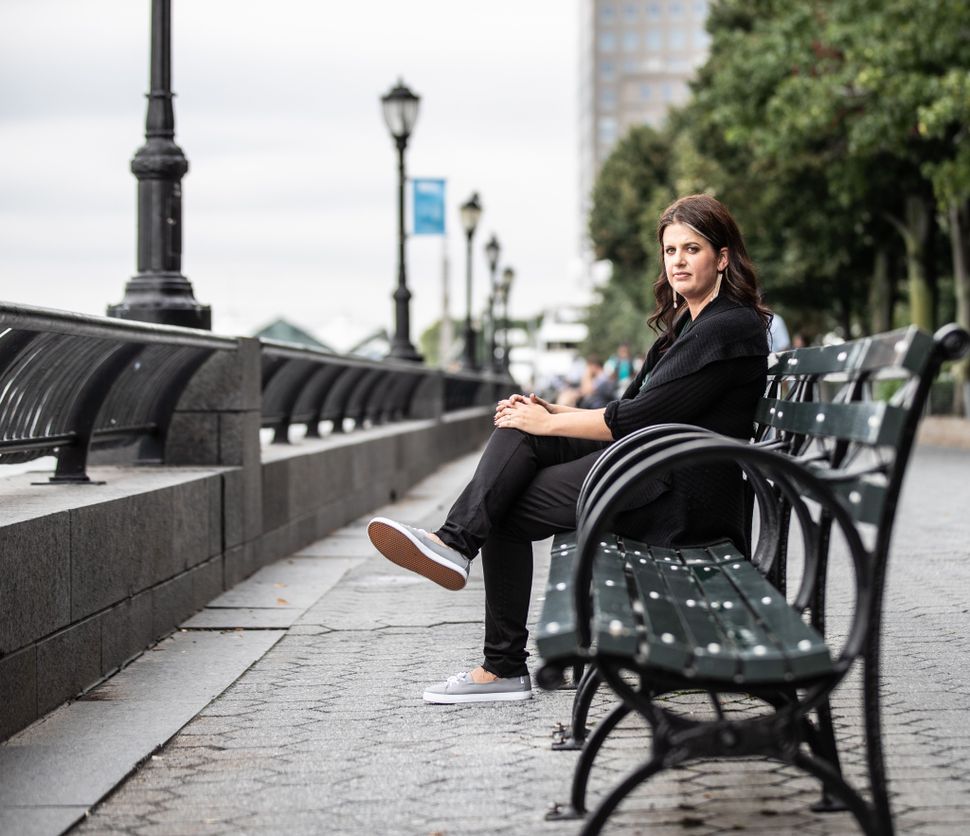 Earlier this month, the Trump administration settled a lawsuit with over 300 refugees whose applications were held up by a series of executive orders, including the “Muslim ban” of 2017. Back in January, a federal judge temporarily blocked another executive order that would have allowed states counties to refuse to receive refugees.

In both of these cases, the challenges to Trump’s immigration policies were helmed by attorneys from the International Refugee Assistance Project, a non-profit that provides legal assistance to refugees in need. We spoke to the project’s director and co-founder, Becca Heller, to find out what those cases were like and where she thinks the future of refugee rights is headed.

The following interview has been lightly edited and condensed for clarity.

Tell us about yourself and about the International Refugee Assistance Project.

For me, as someone Jewish who can’t even really trace my ancestors back past World War II because all records were obliterated, it’s particularly important to make sure that other people who are facing persecution and populations who are subject to diaspora are welcomed into places where they can be safe, as opposed to scapegoated.

At the International Refugee Assistance Project, we believe everyone should have a safe place to call home and a safe way to get there. The way we do that is to help people find legal ways to get from unsafe places to safe places.

Tell us about the refugee bans and the case you just settled.

Ultimately, there were actually three different lawsuits and many groups worked together on two of the cases.

The first case was filed by IRAP along with the National Immigration Law Center, the ACLU and a clinic at Yale Law School. We started putting together a lawsuit as soon as the Trump administration introduced what became known as the “Muslim ban.” Our suit basically said it’s illegal to imprison people at airports.

We filed it Saturday morning and we won it Saturday night. As a result, hundreds of people were released from airports that had sort of been converted into prisons, essentially, or black sites.

Our next suit, International Refugee Assistance Project v. Trump challenged the legality of the Muslim travel ban, rather than simply the legality of imprisoning people.

The third suit, which we filed with HIAS and several of its affiliates as plaintiffs, and us as counsel, was a challenge to a specific refugee ban in October of 2017.

In layperson’s terms, were the basic legal arguments you used in the refugee ban case?

The refugee ban measures were a pretty explicit attempt by the Trump administration to curtail refugee resettlement and to prevent families from being together. For example, it said once you’re here, you can’t bring your family members over, and it targeted refugees from 11 countries. The administration did not specify which countries those were, but the media was able to figure it out, and it was predominantly Muslim-majority countries.

So the legal argument is that you can’t arbitrarily discriminate against refugees based on the predominant religion of the country they come from; you can’t target Muslim refugees; you can’t prevent families from being together and generally, that the president did not have the authority to make this drastic intervention.

Now, after more than two years, the Trump administration finally settled last week. How do you feel about this settlement?

We’re thrilled. There were 300 people who were supposed to be able to come into the U.S. three years ago and then got stuck in incredibly unsafe places in the interim. This group includes Iraqis who have come under threat for working with the U.S. military as well as families where parents have been separated from their children for years.

Where are we left now that this case is over?

The newest attack from the Trump administration was an executive order saying that states and localities can veto having refugees.

Meaning, for example, if I’m a mom and I’m resettled to Austin, Texas, and I want to petition for my child to come live with me, I can no longer do that, because the governor of Texas has said he doesn’t want to admit any refugees.

So, we filed a lawsuit on behalf of three resettlement agencies: HIAS, Church World Service and Lutheran Immigrant and Refugee Services saying that this was also an abuse of power by the Trump administration. We won, but a few days ago the administration filed a notice of appeal.

So the next thing we have coming is to try to defend that injunction that we won.

Obviously, we don’t yet know who will be president a year from now. How will this election affect your organization and your work?

I think it’s pretty clear that if Trump is reelected he is going to continue to crack down on refugees and immigrants, and we are going to have our work cut out for us, whether through fighting in court and trying to find alternative, safe ways for people to come in, trying to reunite families or trying to find other countries where people could go if the U.S. decides to give up its historical position as a place of refuge.

I think that really all of the people running in the Democratic primary have pretty generous refugee plans, and so I think whichever one of them wins, the real project will be building the system back up. Even if you come into office and say you want to admit 200,000 refugees this year, the system at this point has been so decimated that the limiting factor is not going to be the political will of the president, it’s going to be how quickly we can rebuild the machinery back up.

And because IRAP takes such a technocratic, legalistic approach, I think we will probably be pretty involved in helping to get the system back online.

Virginia Jeffries is an intern at the Forward.