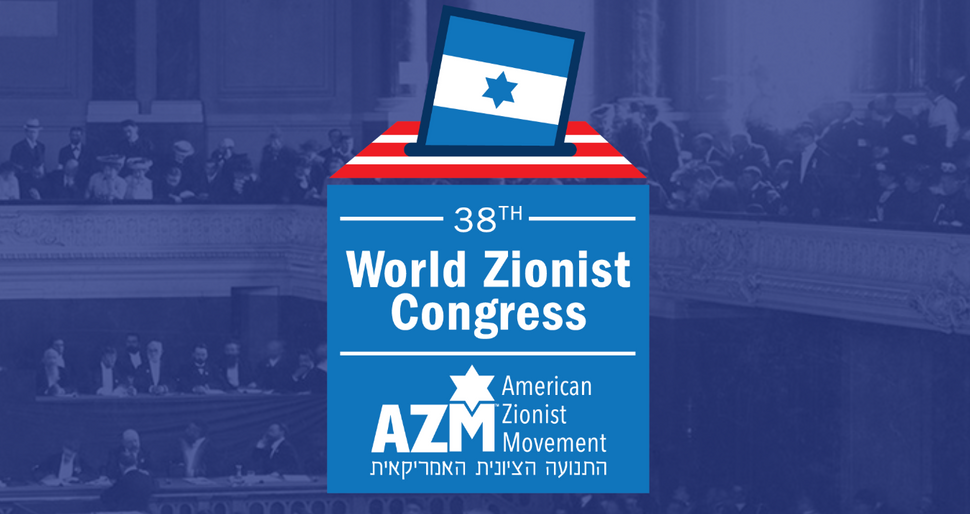 The Forward invited the 15 parties contending for the World Zionist Congress elections, which end March 11, to write an article about why readers should support them. Eight responded by our deadline (we’ll happily publish the others; contact [email protected]). The parties are presented in alphabetical order.

The first Zionist congress took place over 120 years ago in Basle, Switzerland presided over by Theodor Herzl. Some called his idea of reestablishing a Jewish State an illusion. Yet today, the State of Israel thrives, and Herzl’s vision continues. The World Zionist Congress is now holding its 38th election.

In 1897, a diverse collection of Jewish groups gathered at this historic conference which continues to this day. Among them was a newly established group called the Zionist Organization of America (ZOA). As the only American group to be present at Herzl’s First Zionist Congress, the ZOA is proud of its history.

As it did in the past, the ZOA continues to promote the importance of Aliyah, the defense of Jewish rights worldwide and the promotion of a proud Zionist and Jewish identity. The fight against Antisemitism and the importance of building in Israel are as important today as they were then.

Today, the ZOA has revolutionized Zionist activism. While maintaining Herzl’s historic vision, this activism has been upgraded for the internet age.

The new battleground for young Jewish-Americans is the narrative war. We must stand proud and not be ashamed to use the terms “Judea and Samaria” for the heartland of Israel. The ZOA was in the forefront of pushing for the US embassy to be relocated to Israel’s capital and continues to advocate for a united Jerusalem. The dangers of an Iranian-funded terrorist entity along Israel’s borders need to be exposed.

This is why over 20 like-minded Jewish group have joined together to form the ZOA Coalition slate #11. A diverse mix of American-Jews sharing the common ideology that Israel has a right to build, plant trees and develop in all areas of the Jewish homeland. Boycotts are unjustified, and Jewish college students should not have to face thinly-veiled Antisemitism on college campuses.

Jewish worshipers have the right to pray in their synagogues without the fear of brainwashed Antisemitic attackers. Jewish students who travel to Israel on various programs offered by the national institutions should be able to visit cities like Hebron, the hometown of the Biblical Patriarchs and Matriarchs, as freely as they visit Tel Aviv. Historical sites in Judea and Samaria like Shilo and Beit El should be on the official itinerary the same as Eilat or Herzliya.

The ZOA Coalition includes Ashkenazic, Sephardic, Russian, Persian, secular, religious, and a wide mix of Jewish groups who care about the continuity of Zionism and the integrity of the land of Israel.

Although diverse, each of these groups strive to follow in the footsteps of great Zionist leaders such as Zev Jabotinsky who instilled in the Jewish people a passion for Zionism.

The ZOA Coalition is endorsed by Prime Minister Benjamin Netanyahu and a variety of Israel’s government ministers, Members of Knesset, mayors, and elected officials.

It is our privilege and obligation to help shape the future of the Jewish people and the Zionist world in the right direction and vote now for the ZOA Coalition slate #11.