Joe Biden will save us – from politics 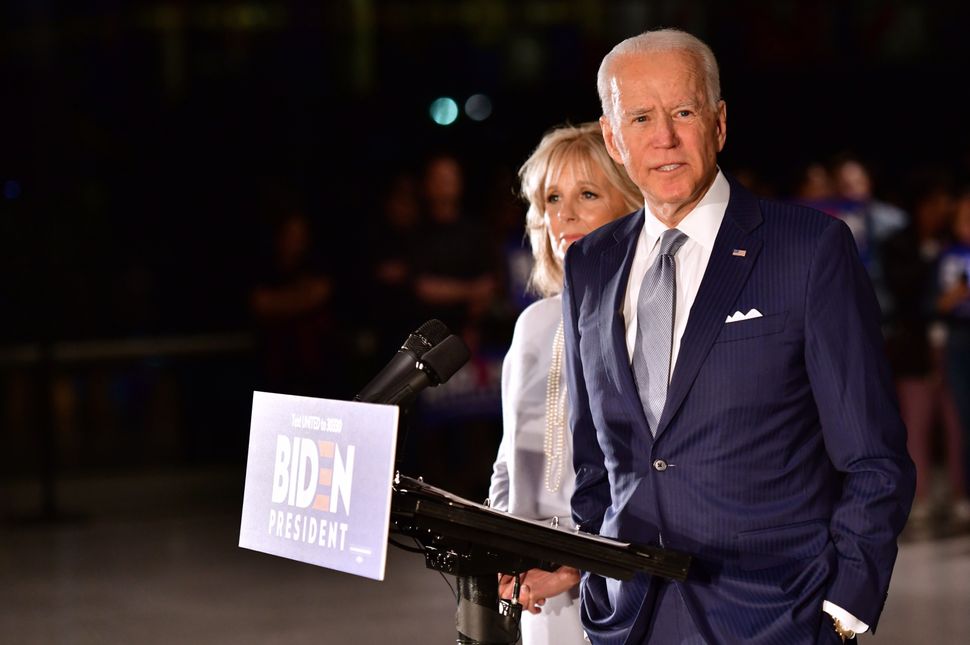 Last night, primary results confirmed what had become apparent last week: Joseph R. Biden will be the 2020 Democratic nominee for President. The familiar face sleepwalking through Iowa has made Joe-mentum the greatest comeback in primary history, the resurrection of a four-decade long presidential dream for the former Catholic boy from Scranton. Even those who stan for Joe Biden admit that he’s boring. He’s been around for forever and looks a little bit like a Central Casting President who’s gone a little ragged around the edges. He was a steady hand eight years ago, and now that hand seems a little shaky. It’s hard to say exactly what he stands for, because it seems indistinguishable from what you might find in a Democratic Party platform word cloud from circa 2009.

The truth is that the Biden experience is kind of like taking a ride on a rickety roller coaster. The sentences start and end in different places. He’s always gaffe adjacent, and the grooves of his greatest hits too often serve as rhetorical ditches. But the occasional weirdness coexists with a larger normie sensibility, a shtick that constantly aims to reassure rather than provoke.

And at a time of looming contagion and nervous hand wringing and washing, the votes broke for repetition rather than revolution.

That revolution stalled because it failed to stir the heartland of the Democratic Party. The long-promised turnout surge happened — but for Biden.

Still, Sen. Bernie Sanders’s two presidential runs will prove enormously influential; it is likely that the Senator from Vermont has won the future of the left in America, if not the White House. To have triumphed in the battle of ideas and to have claimed the hearts and minds of the next generation is no mean feat.

And yet, at a time when populist rage is par for the course and insurgency is the new chic, Biden offered something distinctly counter-cultural, alignment with neither the woke socialist left nor the Trumpist right.

Indeed, the promise of Biden is not of more politics, but of less.

It might be our best shot to put politics in its place and reclaim our freedom from the tyranny of the news cycle, which afflicts those on the right and left with equal vengeance. Perhaps things can only get really good only when they’re just a little bit boring.

A Sanders administration would likely operate on the same decibel level as the current one; revolutions are not always successful, but they uniformly involve sound and fury, and lots of broken china. A commitment to Sanders is an all-in vote for politics as the primary arena for human striving and combat. It is necessary to engage in a debate about first principles.

So the best reason to vote for Joe Biden is that it is a vote for a little bit of liberation from politics. This doesn’t entail absconding from the public sphere, but it does mean that the intrusion of politics everywhere and into everything sucks up too much space and leaves too little room for other things.

Here’s the paradox: If we can make our politics a little more boring, we can make the rest of life much more exciting. To paraphrase French writer Gustave Flaubert, be regular and orderly in your habits so you can be fierce and original in your art.

If a Biden presidency can turn the heat down on our partisan politics just a little bit, the benefits could be enormous. Fewer “swipe left if you voted for Trump” style litmus tests, less protest art and virtue signaling. Less concern about whether our institutions will survive and more imagining of the uses to which they can be put.

The corners of life protected from politics are not irresponsible flights of responsibility. They are the spots where the real business of living happens, wild and free. To confuse the ersatz of the political arena with the inside spaces of living and loving leads to over-investing in politics and underinvesting in what makes us human.

Weaning ourselves off of the cheap thrills of polarized politics will have ancillary health benefits as well. Politics is merely the symptom of our larger addiction to technology and the screen. A more sedate Washington D.C. might not drain the swamp, but it could lessen the drain on iPhone batteries from incessant scrolling. The moral obligation to relentlessly follow the news could be swapped out for care and concern for people and places closer to hand.

The plan isn’t foolproof, of course. But the boring and a little bit hokey can be tonics to a dyspeptic republic. And it can be a desperately needed reprieve for each one of us, strung out on politics and outrage. All of life happens when that anxious wave subsides.

Joe Biden will save us – from politics