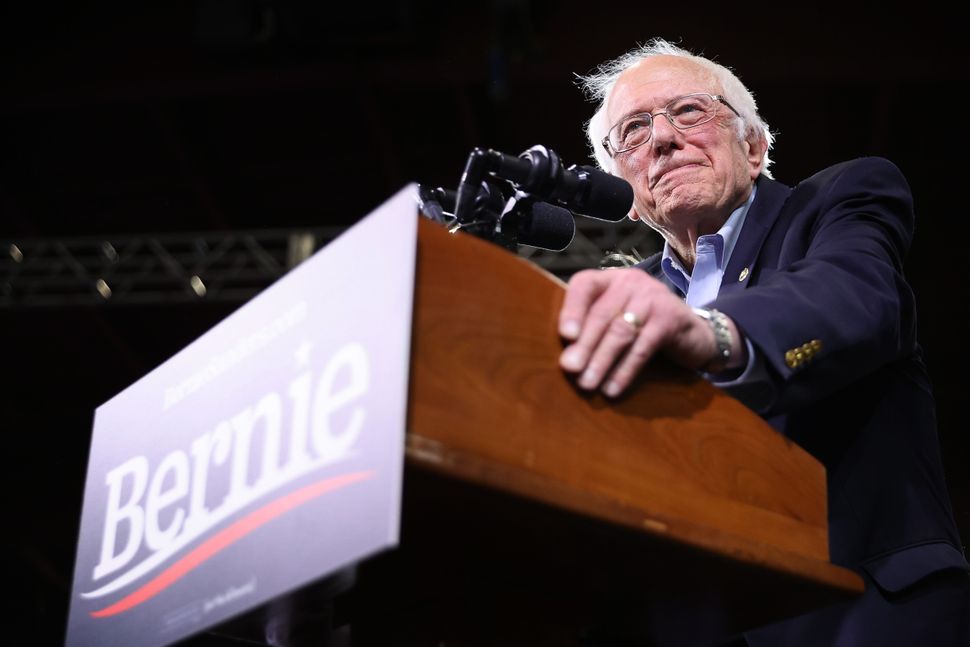 In some ways, the Democratic presidential primary campaign has felt like a cruel joke, a perfect amalgamation of positive and negative forces that almost cancel each other out.

We got the most diverse field in the history of the United States — and ended up with two old white men. We started with the most progressive agenda, sprinkled across this wide spectrum of candidates — but ended up with the two most progressive camps with the most vitriol between them. We had — finally! — a laser-like focus on the working poor — but from a campaign that couldn’t convince black voters that it was relevant to them. Welcome to 2020: two zeros, twice over.

No campaign created the hopes and disappointments, the moral heights and valleys, the agony and the ecstasy of this fraught political season, quite like that of Sen. Bernie Sanders of Vermont. It was Sanders’ 2016 run that set the standard for 2020, a standard that elevated the entire field. Yet the candidate himself ultimately failed to meet it.

Though he failed to win the 2016 nomination, Sanders emerged from that campaign having successfully put health-care, minimum wage and education at the center of the Democratic Party debate. His signature proposal — Medicare for All — was an instant talking point for 2020; of the at times two dozen Democrats vying for the nomination, all expressed the idea that it was high time the government guaranteed health insurance to all Americans.

For those of us who long to live in a more just world, it was not just a delight but a relief. And the reason it had such traction with the American people, 70% of whom now support Medicare for All, is entirely due to Sanders’ 2016 campaign, a huge achievement after a rather moribund Congressional career.

The Vermont Senator’s ardent supporters, millions of whom cast ballots for him in recent weeks, were people at the margins of society, America’s working class, long neglected by the Democratic Party. And Sanders’ proposals were trained on their needs for healthcare and a minimum wage hike, and for a better life for their children. Sanders insisted that these people were the responsibility of the party from which he’d been an outsider his entire career, an argument with staggering moral force that should not be underestimated.

But his campaign also had a dark side. For a movement so single-mindedly devoted to ending the unnecessary structural cruelties visited upon the poor every day of their lives, it countenanced a heavy dose of cruelty.

Most of this bad behavior emanated from Sanders’ online supporters who have a reputation for harassment, bullying, insulting, doxxing, and even sending snail mail to the home addresses of those who express disagreement with their candidate. Sanders disavowed the online bullying and blamed anonymous trolls. But the toxicity bled upwards, to surrogates, advisors, and campaign managers. The message in any case was undercut by the fact that Sanders, his senior adviser, and his national press secretary all appeared on the toxic Chapo Trap House podcast, whose hosts are infamous for their homophobic and misogynistic jokes and online bullying.

It’s of course true that online invective, even from campaign surrogates and organizers, doesn’t compare to the cruelty of the Trump administration’s actions on the border. But Sanders is running for Trump’s job; certainly, we can ask where he stands on the behavior of his appointed staff, who are already struggling to contain cruel behavior. That Sanders could never control this, or didn’t want to, was emblematic of the tragedy at the heart of his important campaign: one step forward, one step back.

The push and pull between hope and disappointment happened also on a more personal front, where the excitement of potentially having the first Jewish President of the United States was tempered by a host of campaign surrogates who could have been selected for the express purpose of offending the Jewish community.

In a period of explosive, violent anti-Semitism, Sanders aligned himself time after time with people who had crossed the Jewish community’s red lines with remarks widely viewed as anti-Semitic. There was Linda Sarsour, who said that Israel is “based on supremacy.” There was Rep. Ilhan Omar, who suggested she’s being asked to have dual loyalties to Israel. There was Rev. Jesse Jackson, who had to apologize for referring to New York City as “Hymietown.” There was Imam Sayed Hassan Al-Qazwini, who spoke at a Sanders rally and who has in the past suggested that Israel was connected to ISIS (the Sanders campaign later denounced the remarks).

But if the idea behind these surrogates was building a big tent, Jews were once again offended when Sanders refused to attend the biggest gathering of Jews in America — the American Israel Public Affairs Committee’s policy conference — calling it a “platform for bigotry.” One wonders what kind of campaign has room for someone who thinks Israel is behind ISIS and for a podcast that called Pete Buttigieg “a bloodless asexual” but not for AIPAC?

It was hugely disappointing coming from the most successful Jewish candidate, and the one with the most progressive agenda in U.S. history, stymying the kind of full-throated support one longed to give him.

The problematic surrogates were, apparently, an attempt to address one of Sanders’ 2016 weaknesses and make his campaign “less white” (he “had no idea” that there are hundreds of thousands of African Americans incarcerated because they couldn’t afford bail). The reversal on identity politics came along with a reversal on immigration, which coincided with an impressive and successful outreach effort to the Latino community.

But this important success was, like the others, offset by a major failure; Sanders failed to gain any traction with black voters, who in South Carolina, and then again on Super Tuesday and in this week’s contests voted so decisively for former Vice President Joe Biden that Sanders’ campaign will probably not recover. Between 2016 and 2020, Sanders was only able to increase performance among black voters by two percentage points. 96% of black voters over 60 — those who had experienced Jim Crow firsthand — voted for Biden.

Black voters are the Democratic Party’s base, and it’s fitting that where those who suffer most from disenfranchisement and inequality go, thither we should follow.

And yet, with Sanders’ campaign effectively over, I can’t help but feel a deep sadness at the idea of returning to the Obama-era liberal centrism that Biden has promised. What will happen to the millions of people Sanders spoke for, the uninsured, those working for a minimum wage that hasn’t gone up in a decade?

We simply can’t abandon these people. Nor can we abandon the ideas they rallied behind. Those who are relieved at a Biden nomination must consider the two imperatives before them: repaying black voters with attention to their needs and embracing Sanders’ platform — not just to win over his supporters, but because it is the right platform for our nation.

Sanders’ campaign was built on the idea that he could use a wellspring of support among young people to change the Democratic Party, Republican majority in the Senate be damned. It didn’t turn out that way. Young people didn’t go to the polls in droves. So in order to enact this new agenda, we will have to go back to the old ways: civility, persuasion, debate, convincing, respect. We’ll need more of that aimed at Trump’s supporters in November. But now is the moment to turn left and try persuading Sanders’.

In a press conference on Wednesday announcing that despite Tuesdays’s poor showing, he is not dropping out of the race, Sanders posed a list of questions he plans to ask Joe Biden at Sunday’s debate. The questions were about childhood poverty, healthcare, mass incarceration, money in politics and income inequality. He should pose them. And Biden should answer them. They are good questions, and they’re part of the national conversation thanks to Bernie Sanders.