Please do not host a “Christian seder” 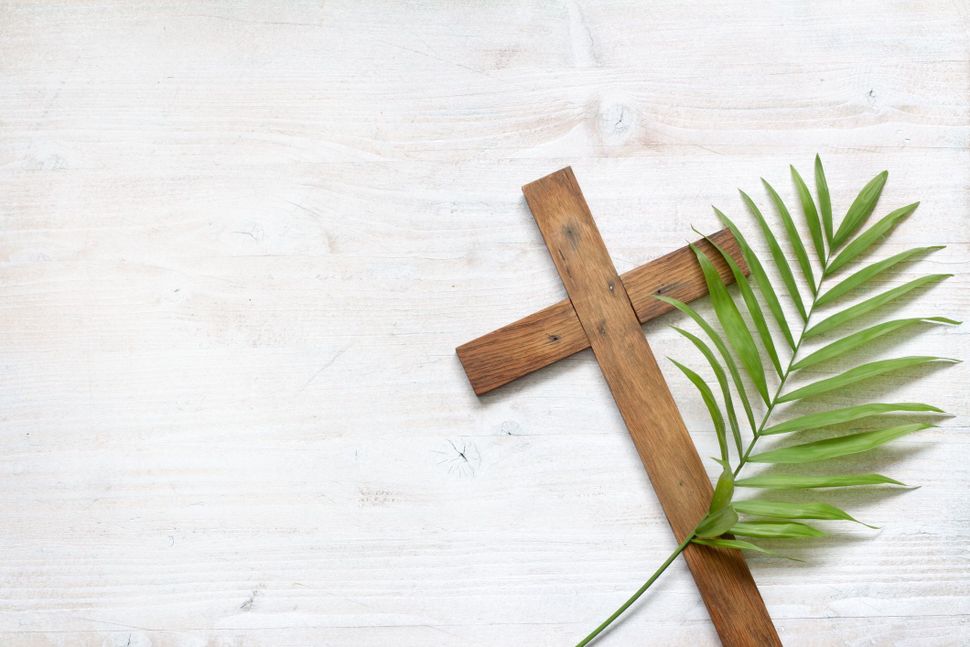 Please, do not host a “Christian seder” Image by iStock

It’s time to discuss the “Christian seder.” If you are having one this year, or are thinking about doing one next year, here are some helpful tips from Jewish practice: Don’t.

Please, we are begging you, don’t do it.

I’m not suggesting you not attend a seder if your Jewish friend invites you; take that as a big compliment and be a good guest. Ask questions, learn what you can, and follow their lead. Passover is often observed with very close friends and family (or, as has happened to me on a few occasions, with distant acquaintances and strangers who have taken you in because you are far from home), and being invited is genuinely meant as an honor.

But please don’t host your own, especially if you are trying to emulate Jesus or find parallels between Jewish ritual and Messianic Christianity.

There is a trend among Christians — mostly but not exclusively Protestants — towards observing Jewish ritual in general and the seder in particular. There are books on Judaism aimed at Christians, and there is a whole movement, the “Hebrew Roots” movement, dedicated to understanding the Jewish influence on Christianity. They include both more respectful practitioners, who consult detailed books on accurate Jewish practice, as well as ones who adopt a pastiche of (often incorrect) Hebrew.

One manifestation of this movement is the “Christian seder, ” a seder held by non-Jews, often inserting references to Jesus or Christian doctrine into the Haggadah.

I used to dismiss Christian seders as a curiosity, a funny thing some gentiles did out of an ahistorical belief that the Last Supper was a Passover seder (The seder, as we know it now, is a late-Antiquity or Medieval invention). I figured that mimicking the seder was, on balance, better than how non-Jews historically acted around Passover.

Now, however, they have become too common to ignore. With the Hebrew Roots practices in general and Christian seders in particular, a closer look past the veneer of appreciation for Judaism reveals something much more troubling: a superficial philo-Semitism that is inherently anti-Semitic, relying on pernicious ideas about Jews, whether its adherents admit it (or even realize it) or not. Those who engage in these practices don’t really care what Jews have to say; at the very least, are unaware that they should care what Jews have to say. There is no interest in our complaints that it can be very painful to watch Christians appropriate our holidays, because of the long history of pogroms tied to Jewish observance and the even longer history of Christian mockery of our customs. There is even less interest in the history of violence against Jews around Passover specifically, because of the blood libel, or the violence traditionally directed at Jews around Easter and Holy Week (and thus Passover) because of the accusation of Jewish deicide.

Jews themselves are totally erased from the purportedly “Jewish” holiday observance. Instead of attempts at interfaith dialogue, these groups instead simply take what they want from Jewish customs.

This approach to Jewish ritual treats Judaism, and by extension Jews, as just a footnote to Christian history. The idea that turning to Judaism represents a return to the roots of Christianity is based on the false premise that Judaism is wholly antecedent to Christianity, and not a separate group of beliefs that developed in parallel.

Jews, in their way of thinking, are spiritual cavemen. They represent an incomplete and primitive version of Christianity; Jewish ritual is reduced from the manifestation of its own cosmology to a cute and adorable relic. At best, it’s the equivalent of maintaining some superstition you keep because your grandma believed it, even though you tell yourself you know better (mine wasn’t fond of images of birds).

Jerry Seinfeld once asked “If I like their race, how can that be racist?” It was a joke, because the answer was obvious: Fetishizing groups is dehumanizing, even if one’s view of the group is positive.

Play-acting in Jewish ritual space, in aid of a different religion, is a totemic fetishization of Jews. Even with the best of intentions, it is dehumanizing; basic decency, to say nothing of manners, means they should knock it off.

I encourage Christians to learn about Judaism and to learn from Jews. In general, it’s admirable to learn as much as you can about other faiths. Make comparisons to your own faith and learn how and why traditions differ. But engage in true, sincere education. Don’t erase Jews by simply co-opting our traditions.

Joachim Steinberg is an attorney living in San Francisco. He tweets, mostly about soccer but occasionally about politics, Judaism, and his dog, @SFJoachim

Please do not host a “Christian seder”