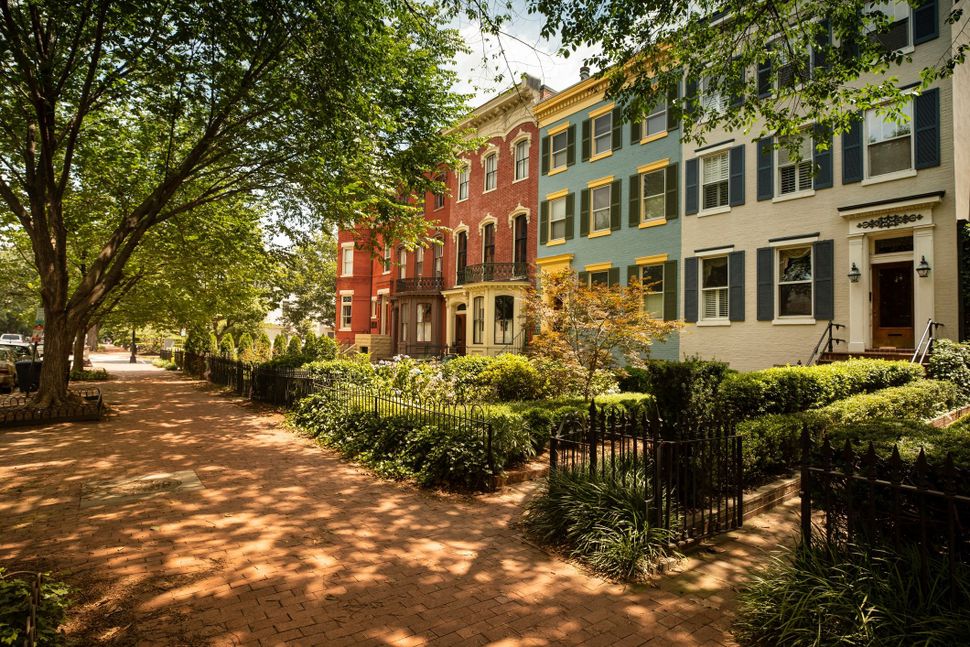 Earlier this week, I received a WhatsApp message from a neighbor. She was at the supermarket and wanted to know if I needed anything. The message might seem prosaic and mundane, but I would never have received anything like it even a couple of weeks before.

Although my family and I have lived on the same street for 15 years, we never really got to know our neighbors very well. Sure, we know our immediate next-door neighbors and do the occasional favor for each other, and we’re on nodding terms with a few others on our street. But our street, our neighborhood, has not been our community — the place we go to find our place in the world.

Our primary community has always been the Jewish community. Although we have plenty of non-Jewish friends, we spend much of our time in Jewish spaces. My wife and I work for Jewish organizations, my kids attend Jewish schools, we are members of two synagogues and are closely connected into an intricate Jewish network of friends, family and acquaintances. The Jewish community is the place we go to celebrate, to mourn, to support others and be supported in turn.

Of course, there is no one Jewish community. I am part of multiple overlapping communities, stretched over different scales and spaces. Sometimes my Jewish community is a global space, sometimes it covers the area of London where I live. But my Jewish community is never concentrated enough to cover the street on which I live. While I do know Jews among my neighbors, we are not the majority and, if we do meet, it is usually somewhere else.

My case is not unusual. Non-Haredi Jews in the Diaspora may live in neighborhoods with plenty of Jewish residents, but few of us live in streets that are all or mostly Jewish. Our local Jewish communities and our synagogues cover catchment areas that are rarely exclusively Jewish.

Even neighborhoods that are seen as identifiably Jewish may not be as Jewish as we imagine. In the UK, for example, the 2011 census revealed that the council ward (the smallest unit of local government) with the largest proportion of Jews — Kersal, in Salford, Manchester — was only 41% Jewish. There are, of course, individual streets that are entirely or mostly Jewish, but even Haredim often live on streets that are mixed. While in the US there are Haredi and even Modern Orthodox enclaves and towns, the general picture remains that Jewish community is rarely identical to the neighborhood or street.

One of the consequences of the COVID-19 pandemic, and the widespread lockdowns of countries and cities that have followed, has been a dramatic exacerbation of the disconnect between Jewish community and neighborhood. Synagogues and other Jewish organizations have rushed to put services, classes, performances and social opportunities online. We are now able to connect to Jewish community on a far wider scale than ever before.

At the same time, as demand has arisen to connect to Jewish community virtually, there has been an equally powerful desire to connect locally. Mutual aid networks have sprung up throughout the world to provide support and assistance for those unable to leave their homes. These networks are often hyper-local. Indeed, the individual street seems to have become the basic unit around which support is organized. In my own neighborhood, street-level groups, usually connected via WhatsApp, are on the frontline, with a nested series of local authority and national groups providing a very loose level of support and coordination.

The value of the street as a location of support has become very clear to me in the last few weeks. As the pandemic grew, I reached out to neighbors to build a street-level group, building on an existing WhatsApp group that I discovered for the upper part of the street.

Now my family and I are in quarantine after a probable case of the coronavirus. When we have run out of milk, bread and fresh fruit, neighbors have gone shopping for us, and we will return the favor when we are out of quarantine.

Street-level support is effective because it is easy — dropping off some groceries is easy when you live a few steps away. Our street group also allows us to share information on local shops, on crime in the neighborhood and — most recently — a power cut on our street. Maybe new friendships will emerge in time.

The experience of finally becoming part of a hyper-local, neighborhood community, has made me aware of what I have missed in my involvement in Jewish community. But that doesn’t mean that there is a necessary contradiction between being Jewishly-rooted and locally-rooted. Rather, we are starting to see more clearly the benefits and limitations of different kinds of communities on different scales.

My street cannot offer Jewish learning opportunities. It cannot source marror for Pesach, or look in on elderly relatives who live in a different neighborhood. Conversely, my synagogue and my wider Jewish community cannot pick up a prescription from the pharmacy around the corner, or walk the dog or provide a friendly wave when passing by the house.

So the current crisis potentially offers some clarity about what different kinds of communities — Jewish or otherwise — can and cannot do. The intriguing question is how we can build on these communal experiences once the world returns to some kind of version of “normality.”

Perhaps synagogues and other Jewish organizations could start thinking about how they can help nurture and support hyper-local networks and communities that are not exclusively Jewish. We do, after all, have a lot to offer as a people, given the extraordinary Jewish propensity to organize. There is no contradiction between being a member of a street community and a larger Jewish community; the challenge is how to complement the two.

Keith Kahn-Harris is a British sociologist and writer. His book Strange Hate: Antisemitism, Racism and the Limits of Diversity was published in June 2019.