The plague’s reminder: We only think we’re in charge

As COVID-19 is not the fearsome Yersinia pestis bacterium — the rod-shaped, anaerobic organism that ravages human bodies by way of rat fleas — it is not, strictly speaking, a plague. No matter. If civilization can be said to be plagued by froyo shops or LED light displays, it’s plagued by COVID-19, though the infection is viral and not bacterial. 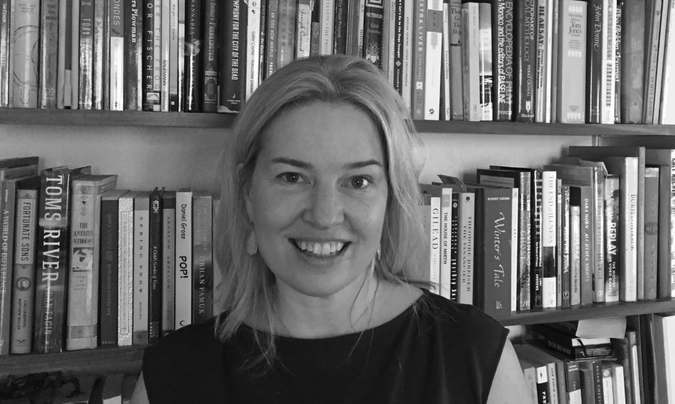 Some 41,260 people have died of the virus worldwide; by the time this is published, the number will be much higher. (Went to fact-check, and it’s now at 41,261.) This disease tearing through the human race is nothing if not a plaga, Latin for “strike,” the same root that gives us plangere: “to lament by beating the breast.” The coronavirus is breast-beating at the Vidui — a cause for lamentation, and an act of lamentation itself.

Plagues move in and out of abstraction. They’re both empirical infections of the body and overworked symbols that can certify a failure of leadership like Mike Pence’s, or a success, as when frogs, darkness, murder, etc., were celebrated as the “signs and marvels,” that proved to Egypt exactly whose god held the whiphand.

At least four of the ten plagues in Exodus are bugs: lice, flies, locusts and the microscopic, generally tick-borne parasites that are known collectively as livestock pestilence. These plagues are most akin to our own COVID, and their effect is to promote madness and illness at once.

Whatever their material effects on the body, an infestation of bugs is a devastatingly effective plague. It drives the human mind wild. Language-besotted primates — humans — can be efficiently made crazy by organisms whose uncanniness defies our every organizing principle. Bugs move wrong, they gather wrong, they are individually insensate but collectively intelligent beyond all imagining — subhuman and superhuman at once.

Like the coronavirus or livestock pestilence, the vast majority of pathogens wreak their havoc at the electromicroscopic level. To envision the coronavirus, for example, picture a human hair magnified to the width of a football field. The virus at that magnification would be four inches across.

As they say: let that sink in. COVID-19 represents more than a “pest” to the human sensory system. It confounds it entirely; viruses break cognition as well as lungs. And yet we humans make our home among bugs whose numbers are best represented this way: ∞

As we are repeatedly reminded, our bodies are never free of the limitless microbes exploiting us as an ecological niche. Joi Ito, the former head of the MIT Media Lab, has proposed that microbes determine our every appetite, mood and move. The brain only thinks it’s in charge.

To keep at bay this incomprehensible truth, we can be forgiven for moving heaven and earth to deny it — to assert the primacy of the brain. Only when our brains falter does the denial dissolve. When the fevered or drug-addled see bugs crawling over their flesh, they’re not wrong.

The Justinian Plague, which began in the Byzantine Empire and moved westward in the middle of the 6th century, was probably typhus. That febrile infection is caused by rickettsia, which — like Yersinia pestis, cause of the bubonic plague — is a bacterium, non-motile, gram-negative, sporeless. The historian Procopius of Caesarea described it in 550 as unspeakably devastating, and laid blame for it at the feet of the emperor Justinian, for whom it is named. (Justinian’s failure was not that he didn’t produce enough ventilators; he was just demonic.)

Later historians put the death toll of the Justinian Plague at some 10 million, and called it the final blow to the Eastern Roman Empire. Then, in 2019, a group of historians and scientists rethought the Justinian Plague in the pages of the “Proceedings of National Academy of Sciences.” They examined pollen samples, coins, and Roman archeology, especially burial sites. Somewhat unceremoniously, the team downgraded what they called the JP from ferocious and catastrophic to… ”inconsequential.” Though they didn’t have the power to strip it of its title as a plague, they did write that Procopius and others had overhyped it.

What will happen to our own plague, COVID-19? Perhaps, if our modern measures of containment keep the case-fatality rate around one to two percent, and considering that it’s not bacterial, it might — in 1,500 years — also be considered inconsequential.

But that doesn’t matter now. Like the ten plagues of Egypt, our catastrophic coronavirus demonstrates that, during times of great historical change, a non-human entity — numinous as a god or a swarm of microbes — has almost always taken charge.

Virginia Heffernan is a journalist, critic and author, most recently, of MAGIC AND LOSS: The Internet as Art (Simon & Schuster, 2016). She is a contributing editor at WIRED, a cohost of Slate’s Trumpcast podcast, and a columnist at the Los Angeles Times.

The plague’s reminder: We only think we’re in charge