Give your stimulus check to the needy: It’s the Jewish thing to do 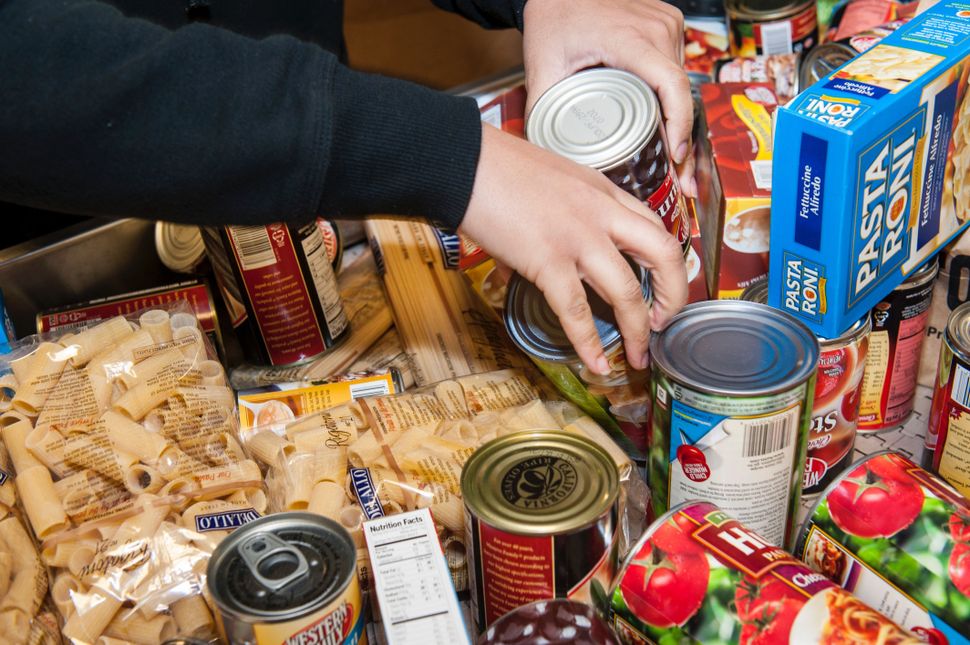 When Passover ended, I turned my computer back on and discovered that I had received my stimulus check. I sat there for a minute, just looking at it. It’s not every day $1,200 materializes into your checking account: I had the gleeful, surreal feeling like a genie’s wish had been granted, or that I had hit big-time on a scratch and win.

I considered what I might do with it: add it to my first-home purchase savings account, splurge on takeout, finally upgrade my iPhone 6. All things I want, I reminded myself, but not things I need, not like other people need a roof over their heads right now, food on their tables, or release from pandemic-ridden jails.

This is a distinction the stimulus package cruelly failed to make. In a just society, a grocery store clerk making minimum wage, saddled with personal loan debt from emergency medical care not covered by their employer’s insurance, would have received far more money than I.

Our Jewish values, customs, and textual traditions teach us one way to make this right: tzedakah, or justice-driven charity. And it teaches us how to decide how much to give, and to where.

Jewish injunctions to give generously to the neediest among us go back to Torah times, and take two, complementary forms. One is a regular, tri-annual practice of tithing a tenth of our harvest to the Levites (public servants who owned no land), strangers, orphans and widows (Deuteronomy 26:12).

The other is, on an as-needed basis, to respond generously to the wants of the poor among us, giving all that they may lack (Devarim 15:7-8). The 4th-5th c. Jerusalem Talmud sought to harmonize these practices by arguing one should give away one-fifth of one’s entire possessions in one’s first year of giving, and then one-fifth of one’s income every year going forward.

In the 12th century, Maimonides established tiers of quantities of giving, from least to most: 1) a third of a shekel each — a pittance for which would be rewarded the evil eye; 2) one-tenth of one’s wealth — the middle way, Maimonides calls it; or 3) one-fifth of one’s wealth, the choice fulfillment of the mitzvah (for which one is to be lauded). But best of all, he says, one who can afford to must simply donate however much is needed.

This last approach is the most radically generous, and the most straightforwardly reflective of the Torah’s injunction to give whatever is needed, which is why Maimonides lauded it but was careful to offer more affordable alternatives. Proponents of this most generous approach have continued to the modern era, even as many Jewish communities and individual have settled on a regular practice of giving away one-tenth of their income to tzedakah — Maimonides’ “middle way.”

The 18th-century Kabbalist, Reb Nosen Adler of Frankfurt, is said to have given away all of his worldly possessions lest, Heaven forfend, a poor Jew in need would be tempted to steal them.

The 19th-century Chasem Sofer argued that as long as there is need (and in our broken world, there is always need) one must simply give all one can afford beyond what we need to live on. And rabbis in Borough Park, Brooklyn, recently called for a surge in giving way beyond normal levels, in order to respond to the heath and economic crisis posed by the coronavirus pandemic.

Americans are being laid off left and right, enduring our highest unemployment rate since the Great Depression. The number of people globally who suffer from daily hunger may double within a few months, to 1.6 billion.

The virus is raging unabated in crowded, inhumane jails, sickening the disproportionately black and brown inmates in Cook County, Ill. and Rikers Island, N.Y., and elsewhere, while ICE has refused to release undocumented detainees with chronic illnesses.

In the words of advocacy organization Race Forward, “structural racism has always been a pre-existing condition.” Black Americans, more likely to be compelled into low-paid, dangerous essential worker roles and to be denied adequate health care, are being exposed to coronavirus and dying it of it at far higher rates than white Americans.

Undocumented Americans are afraid to go to the hospital for care, lest they face dealthy dangerous detention and/or deportation. And they are not receiving any stimulus check at all.

And me? Oh, I’ve got my worries, about my family’s health, that my disabled family members might be denied life-saving care due to discriminatory triage practices, that I’ll never get out of the house, that I might find myself facing furloughs or layoffs like so many others.

But in the meantime, I’ve got my health, and thank God, so does my family; and I have a steady middle-class paycheck, good health insurance, union protections, and an inheritance from my grandparents of blessed memory.

So, as tempted as I am to put away some of the stimulus money towards my goal of buying my first home, or spend it on some luxuries I enjoy, Jewish tradition tells me what is the right thing to do. Is there need? Yes, extraordinary need, greater than at any time in the past 80 years. Can I afford to donate this money and still live well enough? Yes.

Jonah S. Boyarin is a writer, educator, Yiddish translator, and born-and-raised New Yorker. Jonah always roots for the underdog, except when it comes to the NY Yankees.

Give your stimulus check to the needy: It’s the Jewish thing to do