A newspaper article about Habib Elghanian.

In 1967, when the Islamic clerics of Tehran were in the middle of constructing their new and grand Hossieneh Ershad mosque in the heart of the city, their funds for the project dried up. They turned to individual Muslim business leaders and observant Islamic individuals for financial help to complete the grand mosque after work on it came to an abrupt halt. But none of the sources were able to provide the needed funds to restart work on the mosque.

So the clerics turned to a last option — Habib Elghanian, Iran’s most affluent businessman who was also the leader of Iran’s Jewish community, 80,000 strong at the time. Without blinking an eye, Elghanian donated 250,000 rials to the Ershad mosque completion project, and encouraged other Jewish businessmen in Tehran to donate as well.

And roughly 12 years later, those same Iranian clerics who Elghanian had helped thanked him by remaining silent as the radical Islamic thugs of the new Khomeini regime executed Elghanian on false charges of spying for America and Israel. On May 9, 1979, after a sham, 20-minute trial, Elghanian was executed with a bullet to the heart by Iran’s Islamic revolutionary thugs.

On May 9 of this year, the Iranian Jewish communities living in New York and Southern California will again be mourning the loss of Habib Elghanian, our leader. It is a tragedy whose wounds have still not healed, even after 41 years. In 1979, Iran’s Jews were not only emotionally devastated by Elghanian’z killing; they quickly discovered their lives were at risk under the Ayatollah Khomeini’s regime.

Many Iranian Jews living in America today agree that the primary reason the Iranian regime executed Elghanian which was to strike fear into the hearts of all Jews in Iran. After Elghanian’s execution, thousands of Jews fled Iran, and in subsequent years, every time the Iranian regime executed a Jew in Iran, thousands more Jews fled the country. These Jews either had their assets confiscated by the Khomeini regime or were forced to leave them behind in Iran and flee the country with very little in order to save their lives. By killing Elghanian and others like him, the Ayatollah regime thought it could get rid of their “Jewish problem” in Iran and make themselves wealthy at the same time. Their plan worked; in subsequent years since Elghanian’s killing, thousands of Jews have continued to flee Iran and today only 8,000 remain there. 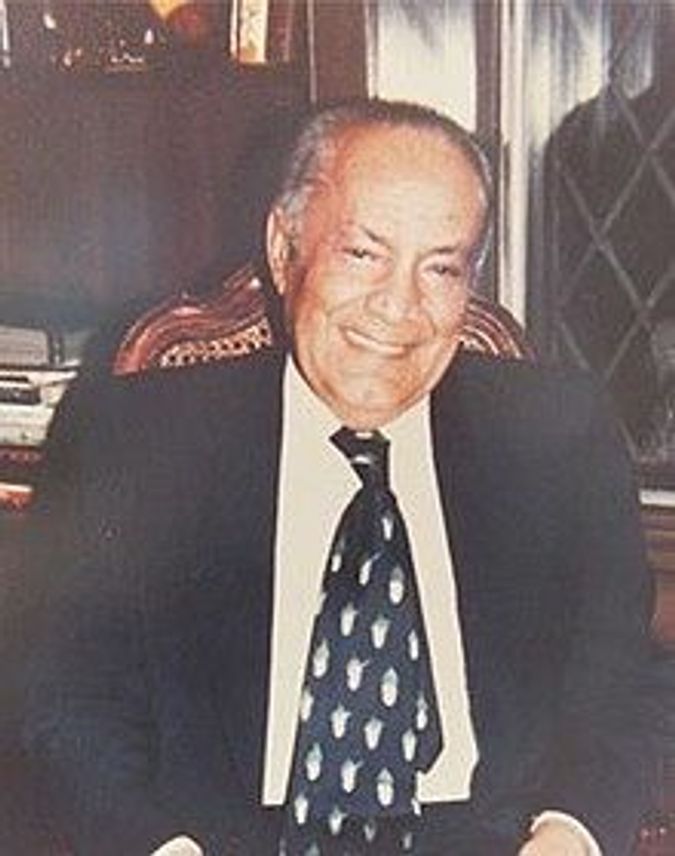 Since taking power in Iran in 1979, the current radical Islamic regime in Iran has randomly arrested thousands of Jews for no reason, tortured and imprisoned thousands of Jews in Iran and formally executed more than a dozen Jews in Iran. The regime has also confiscated billions of dollars of Jewish assets. Moreover, the Iranian regime since day one has effectively turned the Jews and other religious minorities in Iran into third-class citizens with radical laws that convey inferior status to Jews and other religious minorities, who are unequal before the law.

Elghanian was a successful, patriotic Iranian industrialist who employed thousands of Iranians of various faiths and helped modernize Iran. He and his brothers were responsible for starting a number of manufacturing companies in Iran as well as the now-defunct Plasco Building in Tehran, which was the first privately built high rise of the modern era in Iran. Elghanian also promoted Iran’s economic growth as an active member of the country’s Chamber of Commerce by encouraging international trade with Iran.

His murder left a deep wound in our community that still has not healed.

Over the years, a number of American Ashkenazi Jews have asked me why we Iranian Jews continue to bring up Elghanian’s killing instead of leaving it in the past. The answer is simple: We seek justice — and not just for the past. The Iranian regime’s fluent English speaking Foreign Minister Mohammad Javad Zarif regularly appears on various U.S. news programs. He always shamefully lies about how his country’s Jews “not only live in the country in peace, but, in fact, have a representative in Iranian parliament allocated to them, disproportionately to their number.” 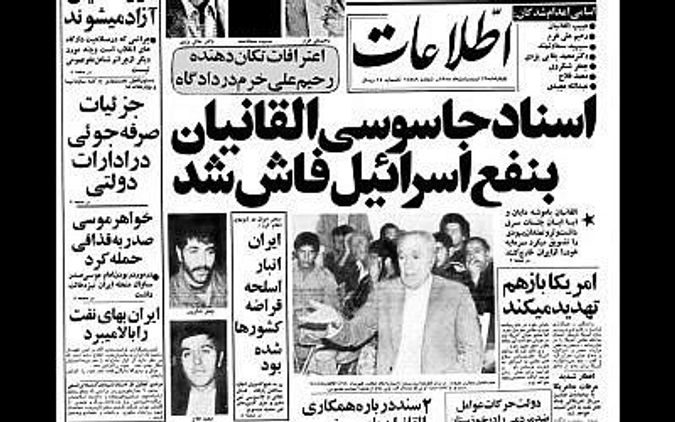 A newspaper article about Habib Elghanian.

Not once have U.S. media personalities asked Zarif why Elghanian, an innocent Jew, was wrongfully executed by his regime in 1979. Not once has Zarif or any other Iranian regime official appearing in the U.S. media apologized for killing Elghanian or turning the lives of thousands of the country’s Jews upside down.

Worse, prominent American Jewish leaders have also failed to raised the story of Elghanian’s wrongful execution when publicly discussing foreign policy issues concerning Iran, such as the Iran Deal in the media.

The manner in which Elghanian’s execution has been forgotten in the American Jewish community’s discussion about dealing with the Iranian regime is sad and shameful. The crime the Iranian regime committed by killing Elghanian and destroying the lives of Iran’s Jews 41 years ago was just the tip of the iceberg of the regime’s larger nefarious campaign against Jews worldwide.

If we fail to acknowledge this first crime against the Jewish people by the Iranian regime, we will fail to properly convince the rest of America and the world about the dangerous threat Iran poses to the Jewish people, to Israel, and to the free world.

As Jews living in the greatest democracy in the world, we have a responsibility not only to keep the story of Elghanian’s execution alive as a reminder of the Iranian regime’s threat, but also to seek justice for this heinous crime the Ayatollahs in Iran committed 41 years ago.

Karmel Melamed is an award-winning internationally published journalist based in Southern California.