Are Americans as stupid as we seem on Twitter? 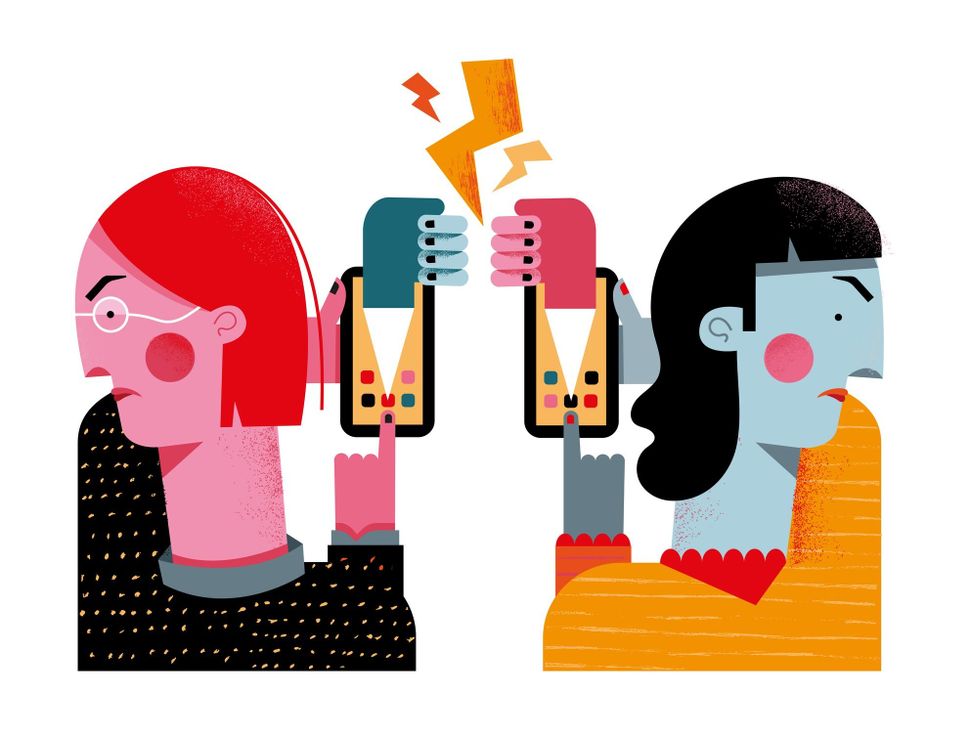 In a time of unprecedented upheaval, shouldn’t Americans be more united? How can we be so shockingly, angrily far apart? How did we end up in a debate over killing grandmas versus starving in the street when no one really wants to do either?

How did this happen?

For my job, I spend my time thinking about what banners people will rally under and why. I’m a book editor, and most of my hits have been political. Knowing how people choose their slogans is essential to selling political books to them.

It turns out, there’s a formula to getting people to rally behind a slogan, which, in the age of social media, explains a lot more than just how to sell books, or a candidate, or even a position when it comes to COVID and the economy. The formula has three parts to it, and once you understand them, you’ll start to see why half your Facebook friends seem nuts whenever politics comes up.

First, the banner that attracts the most people is always the dumbest version of your opinion. It has to lose all nuance to win over the most people. It’s ironic, because most people have actually pledged their sword to a smarter, more complex version of the idea that ultimately takes off, but they quickly realize they have to unite with others under a big, simplified banner if they are to get the power of accumulating members.

Second, people only rally when there’s another, equally active side that they view as opposing theirs. You can’t win a war against indifference. If you’ve ever written an op-ed that fizzled, held a rally no one came to or got worked up on social media and no one cared, this was likely the problem: It’s not that you weren’t right; it was that no one was motivated to tell you that you were wrong.

Third, the other side’s banner can never be the exact opposite of yours. That’s because sustained arguments aren’t over morals or facts; they are over the framing. It’s the fight about what the fight is about that keeps the fight going.

Think pro-life versus pro-choice. Both are reductive slogans that combine a wide variety of opinions. The pro-choice movement includes people who would like to see late-term abortions limited as well as people who want the government to fund Planned Parenthood.

It’s a big tent, or at least a big banner. The pro-life movement also includes people who would like to see late-term abortions limited, as well as people who would like to see everyone at Planned Parenthood tried for murder. The two movements’ opposition to each other fulfills the second piece of the formula, but it’s the third piece that drives an everlasting war: the debate over framing.

Pro-lifers and pro-choicers both claim to be pro something. That way, they can argue not over the facts, which were never in dispute, or the moral problems their positions present, which will never be reconciled. Instead, they argue over whether the state should care more about the adult or the fetus.

Once you know the formula, you can see it at work in a lot of American debates, from Black Lives Matter versus Blue Lives Matter to Believe Women versus protect due process. These are reductive slogans on complicated issues that create two opposing sides and – crucially – allow partisans to argue over what they’re arguing about.

The fuel for this fire comes from something that anthropologists call the myth of outgroup homogeneity. We tend to believe everyone in our tribe is nuanced and diverse, while all the members of that tribe over there are uniform and zombie-like. This is how New York thinks of New Jersey, Lakers fans think of Clippers fans, Mac users think of PC users, and MSNBC viewers think of Fox News viewers.

The outgroup homogeneity effect makes it easier to blame a whole side for their crazy fringe while barely acknowledging your own. You can march under a big dumb banner, saying you’re from the smart, nuanced part of your coalition, while believing everyone on the other side has no more profound beliefs than their big, dumb banner.

Unfortunately, this game is ubiquitous because it works. If you try to start a movement that’s too smart for a slogan, you will have trouble sustaining energy. This is why “Build the Wall” never developed a coherent counter-slogan; the counter-argument is too complicated, too hard to fit on a bumper sticker: “The Wall is unlikely to keep out criminals and many people come in on planes and overstay their visas and many of these are refugees, plus some of us worry agriculture and other industries can’t be sustained without a steady flow of Central Americans.” If you try to start a reasonable movement that people disagree with only mildly or need to explain at length, you will have trouble keeping it in the public eye.

This is also why stopping inequality can’t stay in the headlines: No one is actively demanding more inequality. If you try to start a movement by adopting your opponent’s framing, you have already lost.

This is also why it’s hard to stop the march to war. One side says, “Our opponent is basically Hitler,” and the other side frequently ends up with, “He’s not quite so bad as Hitler.”

It’s tempting to blame the President — who loves a good slogan more than anything in the world — or primetime TV hosts. But the frames tend to work themselves out among millions of small-time social media users long before they get dumbed down enough to lumber into the mouths of politicians and celebrities.

Which brings me back to the pandemic: Almost every person reading this and all their friends currently believes we should stay home as much as we can while maximizing our economic productivity as much as we can. Some people think we should stay home more, even if it means a little less economic activity. Some people think we should get to work more, even if that means being a little less safe. The details, level of knowledge, and pragmatism are all over the place in both camps. But they each have to go by the simplistic banners — “Stay Home” or “Open Up” — if they want to be a part of the online debate.

Most people are lured into that debate by the complete wackadoo they see on the fringe of the other side. And once they’ve chosen their banner, they see the other side as variations of that same deranged simpleton. Even when their best friend or their spouse joins that other camp. It’s easy to see even an honest disagreement as “You want to kill Grandma,” and social media incentivizes us with fake media points to disagree as much as possible.

There’s one big problem I can’t seem to solve for this theory of how we argue. I can’t get it to go viral, because I can’t find someone to radically and energetically disagree with it.

Are Americans as stupid as we seem on Twitter?