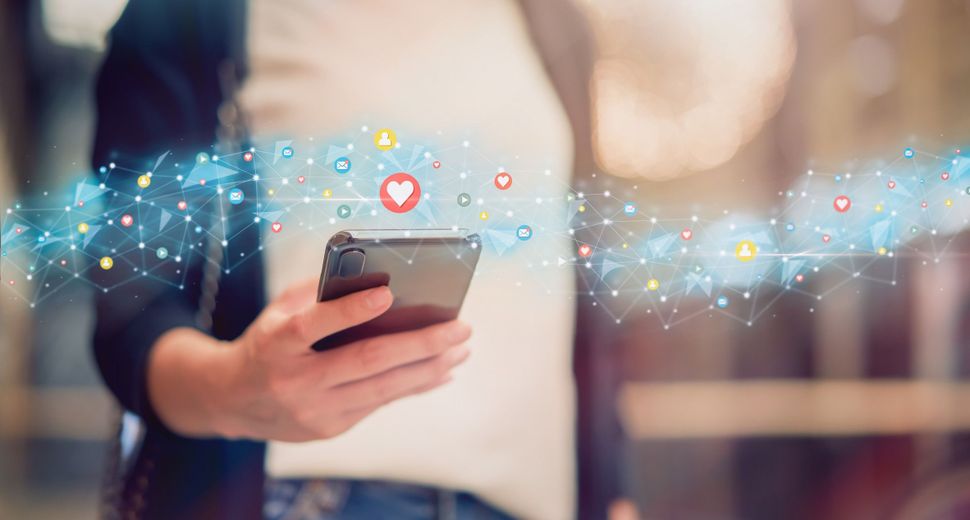 I am not one of those people. Denominational distinctions are important and here to stay. And maybe that’s why I find it so delightful that there is a place where institutional divides are not the operating arbiter of interaction. It’s not an obvious space. In fact, it’s one of the most contentious platforms on earth. And yet, it’s where Jews have been finding common cause, breaking denominational barriers that exist in real life. That space is Twitter.

It is no secret that Twitter is divided over fierce political lines. The only thing we seem to agree about these days is that social media has infected our discourse with entrenched partisanship.

Or so I’ve been told. I travel in different Twitter circles than most, miles away from the rancor of politics: the world of Jewish Twitter. And while much of Twitter descends into obnoxious memes, ratio’d posts, and blocked accounts, there is a remarkable story of discourse and exchange unfolding on Jewish Twitter.

Where else can you find Reform Rabbis and Hassidim interacting? Right wingers and lefties? Pro-choice and pro-life people?

And yet, on the very platform so adept at driving these kinds of people apart, Jews with little institutional affiliation have become conveners of virtual communities. Conversations range from Yiddish etymology to hot takes on Unorthodox to Torah ideas to silly memes.

When it comes to interdenominational interactions, #JTwitter excels. It’s shown time and again how much binds us. We on Jewish Twitter particularly love to revel together in narishkeit, the idiosyncrasies and nuances of Jewish life which often transcend specific denominational boundaries. From the shul administration headaches that an account with the name “My Shul Called Life” tweets from or the imagined Jewish book titles of @FeldheimRejects, well placed narishkeit and silliness remains a coagulator of Jewish experience.

“Code Red people this is NOT a drill. Mr. Complainerberg is on his way in. Shut the Rabbis’ door. The Cantor is on a call all morning, understand? Text everyone to stay in their office. NO ONE GIVE IN even if he “just needs five minutes.””

25 minutes later: you can come out now.

There’s something for everyone to enjoy, regardless of denomination. No one seems to mind all that much about the denominational orientation of their Jewish Jokes. The ones that resonate reach broadly, allowing Jews who wouldn’t daven together to laugh together.

You’re Not Pavarotti, And This Isn’t Carnegie Hall: A Guide For Chazzanim During Tishrei

And it’s not just jokes that have sparked inter-communal exchanges and interactions. Many accounts have posed thoughtful questions (not to the exclusion of jokes, of course) that have created meaningful conversations across the denominational divide, like the ever thoughtful, hilarious, and endearingly irreverent account @maimonides_nutz. She has sparked countless conversations, many of which are about the boundaries of participation in Judaism itself. And her questions about boundaries and discourse are transformed on this platform from points of division to points of entry.

Can someone please explain to me why there’s so much resistance to younger generations wanting to study the Talmud?? Like how is that ever a bad thing??

And Jewish Twitter has had another crucial function: Given the amount of anti-semitism directed at the Hassidic community this year, #JTwitter has allowed Hassidim to interact with other Jews and the world at large on their own terms.

To be sure, not everyone is convinced that anything all that remarkable is taking place. It’s only natural that the question of Jewish unity on social media should evoke spirited debate. My musing (on Twitter, naturally) about how special a place Twitter can be for Jews to find common ground was met with skepticism by self-proclaimed “Devorah Downer” Laura Adkins, opinion editor of the Jewish Telegraphic Agency.

But to me, the interactions and connections I find on social media are different than previous efforts at inter-denominational collaboration. For decades, the American Jewish community required an institutional lens to facilitate meaningful dialogue. Some hailed an era of post-denominationalism, others focused on persistent differences. Sometimes within the Orthodox community, the only lens for meaningful interaction has been through a type of outreach that can make Jews in other denominations feel like institutional outsiders.

When institutions are the mediators of Jewish dialogue, the boundaries and rules must be clearer. Institutional Judaism thrives on clear agendas and behavioral consistency. In order to cater to communal constituencies, institutions create norms that rightfully require an element of individual sacrifice.

And yet, it’s just not all we need. Outside of our organizational walls, social media allows for conversations unfettered by the communal conventions that normally align us.

To paraphrase the classic New Yorker cartoon, “On the internet, nobody knows your denomination.”

That does not mean that we’ve entered an era of post-denominational kumbaya agreement. Far from it. Important and crucial differences still exist, like how halakha is interpreted, what Shabbos looks like, and — don’t think I forgot — gender roles.

But the magic of discourse on #JTwitter, when it is at its best, is that conversations, arguments, and disagreements are for a moment allowed to transcend our familiar institutional camps. Torah ideas, jokes, and debates are judged on the merits. Likes and RT’s may not equal endorsement, but it’s hard to deny that they signal resonance.

And people are liking and RTing people they find interesting, thought-provoking, and funny, not just who they can daven with — which, by the way, is also ok. We need our proverbial mechitzahs because differences still endure, but sometimes you want to peer over the mechitzah, whisper ideas, and pass notes in the back the classroom.

There is little that can provide comfort for the human loss, the drastic communal considerations and dramatic shifts we will likely see due the global pandemic. But the discourse created on #JTwitter provides some optimism.

David Bashevkin is the director of education for NCSY, the youth movement of the Orthodox Union, and the author of Sin·a·gogue: Sin and Failure in Jewish Thought. You can find his narishkeit on Twitter @dbashideas.