Camp Himmler, Fort Eichmann? How would I, a Jewish soldier, feel if our army bases were named after Nazis 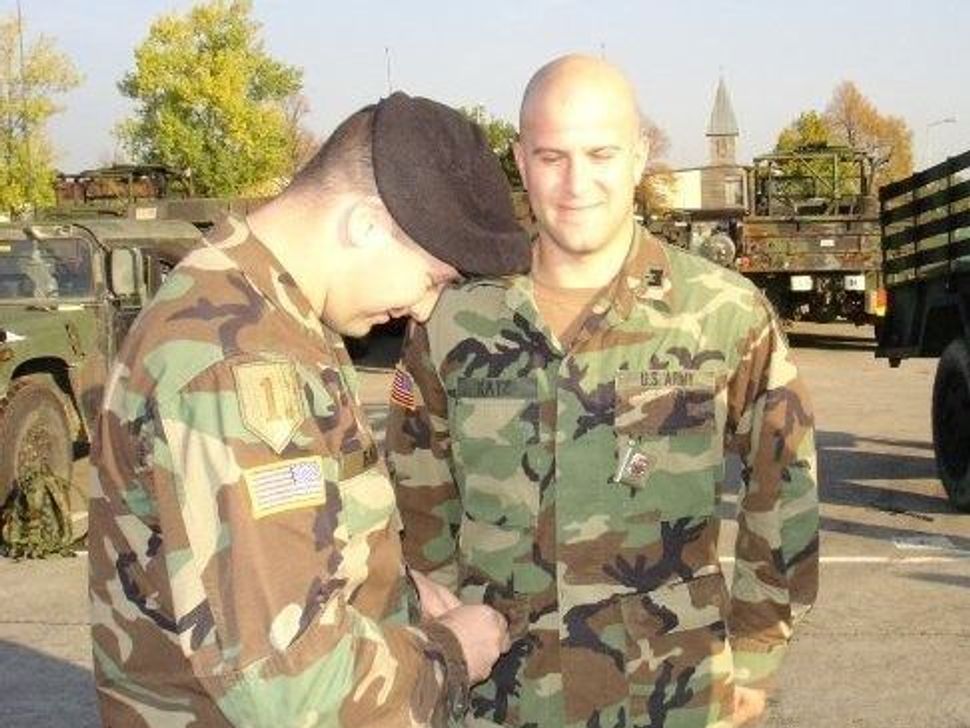 My mind was anxious as I landed at Frankfurt Airport in October 2004. Nearly 65 years prior, relatives on both sides of my family were either living under Nazi occupation in Eastern Europe or had already perished in the German concentration camps. My family that did survive the Holocaust came to America with nothing but the clothes on their backs. Now, I returned to Germany as a Jewish-American Army officer.

My first choices of assignment after military commissioning were Forts Bragg and Benning, both Confederate-named Army bases in North Carolina and Georgia. However, the Department of the Army decided that a small U.S. Army garrison town in northern Bavaria would be my home for the next four years. 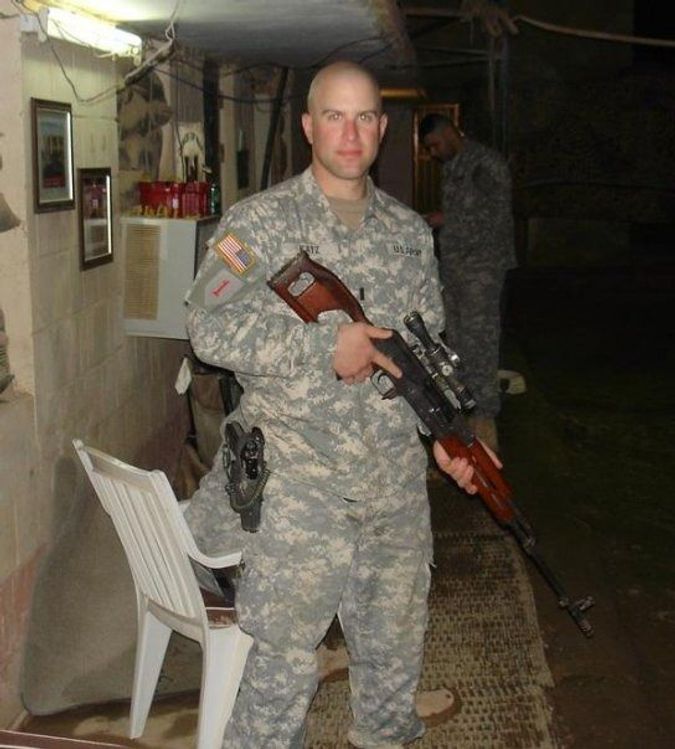 The author deployed in Iraq

Between my year-long tours to Iraq, I made it a point to fill my weekends visiting concentration and death camps and WWII memorials across Germany and Poland. In fact, on several occasions I actually turned down offers to travel with fellow lieutenants to exotic locales such as the French Riviera and the Greek Islands so that I could visit more concentration camps before my next combat deployment. My non-Jewish comrades just shrugged and said, “That’s Katz.” They didn’t get me and I didn’t try to explain the neurosis and guilt that I was experiencing living in Germany.

And in the same sense, during this time, I, too, didn’t understand what it meant for a black soldier’s psyche to be stationed at the Confederate-named bases predominantly in America’s South, like Forts Bragg or Benning. But the differences between my situation living in Germany and the black soldier stationed at one of these Army bases are significant.

The Nazi concentration camps and other memorial sites I visited in Germany were noticeably created by the German government as places of great disgrace and shame that spotlighted the unvarnished history of the Nazi war crimes and aggression. There were no Nazi flags, no statues of Hitler or Himmler gracing public squares and commemorative sites in Munich, let alone naming military bases after them. I know unequivocally that I would not have been able to serve if I was stationed at a base named after a Nazi.

But what about the black soldiers stationed on Army bases named after their ancestral aggressors?

In Germany, memorials to murdered Jews were erected on the ruins of Nazi buildings, bases, and concentration camps as a way to teach future generations about the sins and horrors of the past. America has taken the opposite approach to its sinful past by glorifying and paying homage to treasonous Americans by erecting statues or naming military bases after them. The President recently tweeted that he views Confederate-named sites and memorials as “Monumental and very Powerful Bases [that] have become part of a Great American Heritage, and a history of Winning, Victory, and Freedom.” But freedom for whom?

It has been suggested that we should rename as many as 10 of our Legendary Military Bases, such as Fort Bragg in North Carolina, Fort Hood in Texas, Fort Benning in Georgia, etc. These Monumental and very Powerful Bases have become part of a Great American Heritage, and a…

The irony is that Fort Benning and Fort Bragg are arguably the Army’s flagship military bases: home of the infantry, airborne, and special operations forces. Elite warfighters aspire to serve on these bases that are named after treasonous generals who waged a war of aggression to keep an entire class of people in bondage and “the chattel of their white masters.” This does not serve to promote “freedom” for black soldiers.

In reference to the abolishment of slavery, Brigadier General Benning said shortly before violating his oath of office and recommending the South secede from the Union, “We will be completely exterminated, and the land will be left in the possession of the blacks, and then it will go back into a wilderness and become another Africa or St. Domingo. The North will then say that the Lord made this earth for his Saints and not for Heathens, and we are his Saints.”

What kind of perverse message does commemorating these sites with people like Benning send to the roughly 17% of the Army that is black? The answer to this question shouldn’t take a bipartisan commission or years of government studies.

Just as the Germans banned swastikas, the glorification of Nazi leaders, and rebuked Nazi ideologies after WWII, the U.S. should eliminate Confederate names and symbols on military bases. This would be a powerful first step in sending the right message to black soldiers and Americans that the U.S. Army is onboard with the groundswell of social justice and change sweeping across the country.

The views expressed in this article are those of the author and do not reflect the official policy or position of the Department of Defense or the U.S. government.

Steven Katz was an active duty Army officer from 2003-2009. He served two tours of duty to Iraq in ground combat leadership positions: 2004-2005 in Tikrit and 2006-2007 in Ramadi. He holds a master’s in public policy from Harvard University’s John F. Kennedy School of Government, a master’s in business administration from Georgetown University.

Camp Himmler, Fort Eichmann? How would I, a Jewish soldier, feel if our army bases were named after Nazis