The U.S. greenlighting annexation is a greenlight for China’s abuses 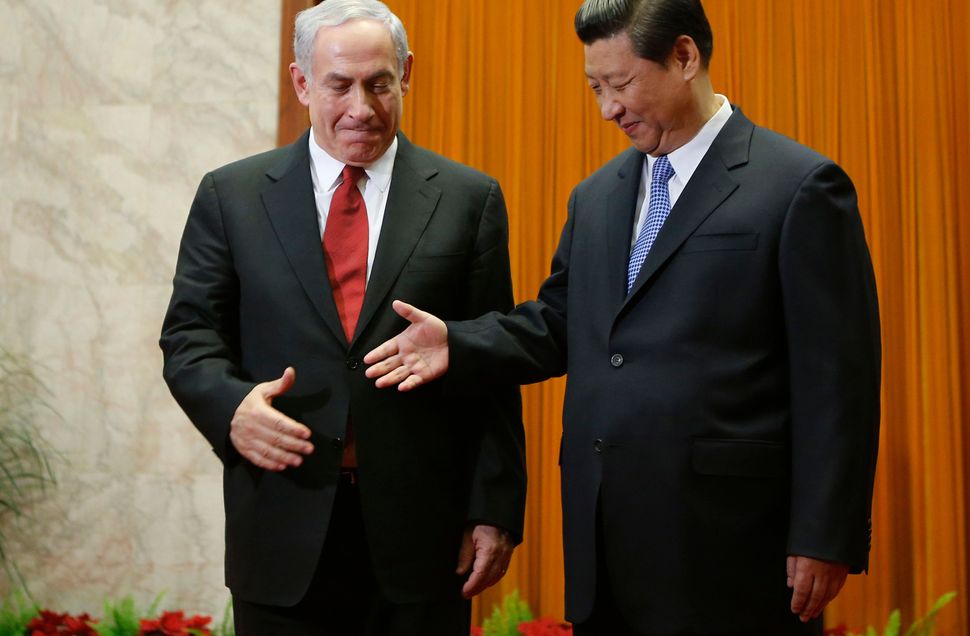 Across the sea from America, a leader who has been in power for more than a decade is laying the groundwork for a land grab. His military was always capable of imposing its will, being far stronger than any that could offer resistance. But the broad condemnation that was sure to meet such a violation of international law had held him back. Now, with an administration in Washington that takes a transactional approach to foreign policy, he found an opportunity to act.

On July 1st, Israeli Prime Minister Benjamin Netanyahu is set to begin deliberations on the annexation of parts of the West Bank, currently under Israeli military occupation. The Trump Administration is said to be mulling an endorsement of the move, and prominent Senate Republicans are nudging him forward. American backing of the Israeli decision is “critical to locking in the progress your administration has made,” they wrote in a letter to the President.

Chairman Xi Jinping, much like Prime Minister Netanyahu, is intent on using militant nationalism to distract from troubles at home. After a year of protests that gutted Hong Kong, the CCP has stripped the city of its autonomy, introducing a new national security law that allows Beijing to brandish its force directly in the territory.

Hong Kong’s relationship to Beijing has been guided by a “one nation, two systems” policy since it was returned to China from British rule in 1997. Under the policy, Hong Kong was to have fifty years of rule under its own English-based law, set by its semi-democratically elected parliament. Beijing’s new national security law enables the CCP to enforce Chinese law in the territory as it sees fit. Many in Hong Kong and abroad fear it will no longer be safe to criticize the CCP in the territory.

“The United States stands with the people of Hong Kong as they struggle against the CCP’s increasing denial of the autonomy that they were promised,” Secretary of State Mike Pompeo declared. The Senate introduced a bill putting sanctions on Communist Party officials who erode Hong Kong’s autonomy. Though the Trump administration grumbled that the bill could limit its flexibility to negotiate a trade deal, it passed by unanimous vote on Thursday.

The United States faces an uphill battle in defending the rights of the people of Hong Kong. The city of seven million is tiny by comparison to Mainland China. Moreover, many analysts point to an asymmetry of interest in the issue: Whereas Hong Kong is of vital interest to the Chinese Communist Party, it is a peripheral matter in the United States, one among many taken into account when thinking about China.

But if the United States lets China have its way with Hong Kong, this would enable China’s aggressive behavior elsewhere.

Taiwan, in particular, could be in danger. The small island state, like Hong Kong, is considered sovereign territory by Beijing, ruled as a Western-style democracy. But much more than in Hong Kong, people in Taiwan do not identify as Chinese.

When the United States opened official diplomatic relations with the Peoples’ Republic of China in 1979, it established a “One China Policy,” which in effect skirted the Taiwan issue. While recognizing that there is in theory only one Chinese state, the U.S. does not recognize Beijing’s claims to Taiwanese territory.

For several decades, China had no choice but to accept Taiwan’s continued existence. As China’s power has grown, however, so has its regional assertiveness. Calls for a forcible re-unification with Taiwan have grown bellicose. For now, calmer voices in Beijing prevail over those who would effect a forcible change in Taiwan’s status quo. And it is not merely the U.S. military that stands in China’s way.

The principles of the liberal world order matter. Bullies do not get to determine borders as they please. Any attempt to do so must be met with real consequences.

After China’s assault on the freedoms promised to the people of Hong Kong, a bipartisan coalition in Washington rose up in opposition. One hundred senators declared that the United States would not allow a people’s rights to be eroded by a revisionist power. The bill they passed threatened material consequences for officials and businesses that violated freedoms in Hong Kong.

But when it comes to the annexation of the West Bank, many of those loudest voices have gone mute. This diffidence undermines the universality of the principles advocated in the case of Hong Kong.

Ultimately, it gives a green light to bad behavior everywhere.

Now is the time for policymakers on both sides of the aisle to show where America stands, in the West Bank as in Hong Kong. By condemning illegal annexation in the West Bank, the United States would show that its commitment to the freedom of self-determination across the globe is solid and sincere.

Otherwise, we may find that when China ups the pressure on Taiwan, we will be living in a world where the strong do what they can and the weak suffer what they must.

Coby Goldberg is a researcher with the Center for a New American Security Asia-Pacific Security Program.

The U.S. greenlighting annexation is a greenlight for China’s abuses