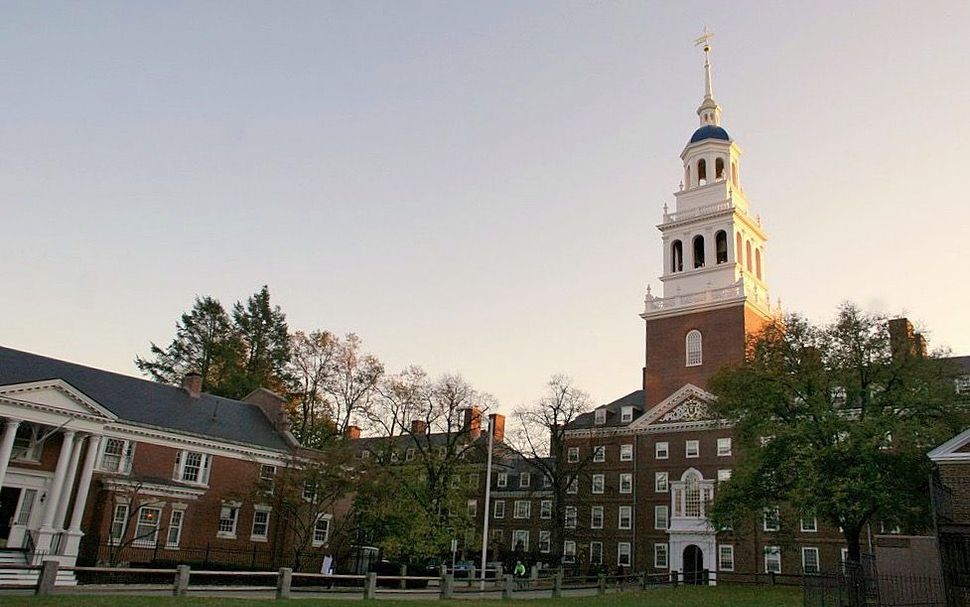 The Lowell house within Harvard University. Image by wikicommons

As Americans continue to struggle with a history of racism, removing monuments to the men who defended slavery and betrayed their country, isn’t it time to also remove those honoring anti-Semites? The Forward identified eight, including those honoring Henry Ford, George Patton and Charles Lindbergh. But there is a ninth that deserves more immediate attention. It is not a monument per se but a building: Lowell House, one of twelve undergraduate residential houses at Harvard University.

The building is named after former university president A. Lawrence Lowell. Lowell’s tenure at Harvard, which lasted from 1909-1933, is infamous for Lowell’s institutionalization of racism, homophobia, and anti-Semitism. It was Lowell who created the Jewish quota at Harvard, capping the number of Jewish students to a maximum of 15% to the student body. He also excluded African American students from living in Harvard Yard, and led a purge of gay students.

There has been some recognition of Lowell’s crimes. In 2019, Harvard’s faculty deans decided to remove the portrait of Lowell and his wife from the dining hall in Lowell House. “We should not ignore or hide our history,” the deans wrote in an email to student residents of Lowell. “We need to keep talking about Abbott Lawrence Lowell with each new cohort of Lowell residents (discussing both the good and the bad that he contributed) whether or not he is hanging over us while we’re eating Cheerios.”

The decision was welcome news to at least one Jewish resident. “The portrait of A. Lawrence Lowell doesn’t need to be peering down at students in the middle of lunchtime or breakfast,” told told the Crimson at that time. “A. Lawrence Lowell was a notorious anti-Semite. He kept out my grandfather.”

And yet, the removal of that one painting has hardly erased Lowell’s tenure. Another portrait of Lowell hangs in University Hall. And what is more disturbing than portraits or a building with Lowell’s name on it is the university’s whitewashing of Lowell’s problematic legacy.

There is no reference to Lowell’s bigotry on Harvard’s website. Instead, his biography says that Lowell achieved “one of his deepest dreams: the creation of residential houses… to replicate the diversity of the larger College, with sophomores, juniors, and seniors living, dining, studying, and socializing with affiliated tutors and faculty.” He is also lauded for his defense of academic freedom during World War I when he refused to fire psychology professor Hugo Münsterberg “for speaking well of his native Germany.”

When will Harvard come to terms with its anti-Semitic legacy?

While Harvard continues to glorify its bigoted former president, Princeton University just announced it will remove the name of Woodrow Wilson, former two-term president of the United States and former president of Princeton from its public policy school and one of its residential colleges. In spite of his accomplishments, Wilson also “reinstituted segregation in the federal work force, admired the Ku Klux Klan and believed that black Americans were not worthy of full citizenship,” as The New York Times noted. And as Princeton’s current president, Christopher L. Eisgruber, explained, the university’s board of trustees found Wilson’s “racist thinking and policies make him an inappropriate namesake for a school or college whose scholars, students, and alumni must stand firmly against racism in all its forms.”

It was a decision made in light of the ongoing protests which had been rejected as recently as four years ago, when Princeton’s trustees rejected student demands to remove Wilson’s name, concluding that Wilson was “a complicated and flawed individual,” but “when you look at the pluses and minuses, we didn’t feel that the minuses were enough to eliminate his name.” Instead, they committed to “an expanded and more vigorous commitment to diversity and inclusion at Princeton.” At the time, Eisgruber said that decision was better than “tearing down names from the past but rather being more honest about our history, including the bad parts of our history.”

The changing climate in the country in recent weeks provoked a reconsideration of that decision. Unlike students at Lowell House, Princeton students living at Wilson College will no longer be expected “to identify with the name of a racist president,” as Eisgruber put it.

It’s time for Harvard to catch up with the times. The university owes it to its students to change the name of Lowell House and to update the president’s biography to accurately reflect his role in imposing quotas to limit Jewish admission to Harvard, his racism and bigotry, and the harm he did for the institution.

Mitchell Bard is the Executive Director of The American-Israeli Cooperative Enterprise.