The ‘lost cause’ myth is everywhere in our culture. Now is the time to expose it – for a more just America 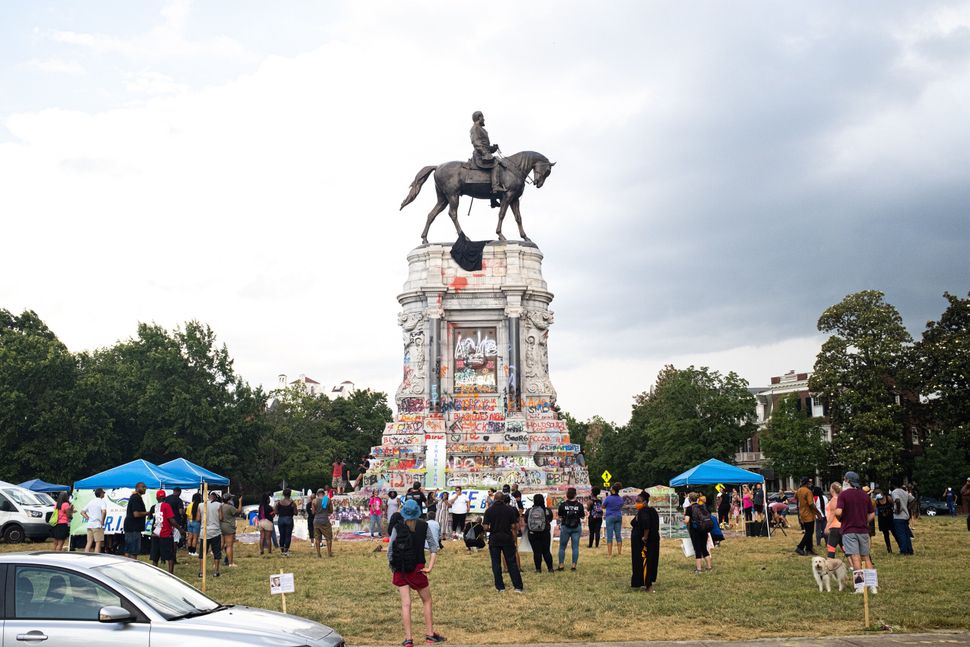 When the Civil War ended, there were no truth and reconciliation commissions formed to process memories, no Nuremberg Trials to enable reflection, no Great Emancipator to free the future from the past — only ghosts, and the ravenous politics of memory. The need for national reckoning was quickly subordinated to the political imperative of reunification, and on both sides of the Mason Dixon line, forgetting became more valuable than accountability.

Southern apologists earned sudden fortunes in a gold rush of revisionism. Within a year of the war’s end, a Virginia journalist named Edward Pollard published “The Lost Cause: A New Southern History of the War of the Confederates,” a breathless, self-pitying fantasy that exalted the Confederacy’s most ruthless generals as paragons of honor, and pined for the “Golden Age” of hoop-skirts and happy-go-lucky chattel. It depicted slavery as a benign if not beneficial institution, and relegated further discussion on the topic to the offstage realm of “touchy” subjects, where, for perpetual Northern fear of offending delicate Southern sensibilities, it has languished ever since.

The scores of histories and plantation novels that followed Pollard’s helped concoct a broad, new Southern culture of perpetual grievance and nostalgia for an imagined antebellum idyll. By 1932, and the publication of “Gone With the Wind” — the ultimate Lost Cause novel and still the most popular book in America, after the Bible — Lost Cause literature had succeeded in sacrificing the very meaning of the Civil War to the demands of myth-making. The culture of forgetting had become a national religion.

Seventy years later, movies like “The Help” — only one in a long line of tributes to the unsung white heroes of black history, and gauzy renderings of the civil rights era as a triumph of the human spirit over mean people — have taken up where “Gone With the Wind” left off. Modern culture is still very much infused with the lies of the Lost Cause, soaked in a taxidermical, souvenir nostalgia, a preservation-fetish that isolates parts from wholes, pulls symbols out of context, and shrinks cultural memories to the size of a 9/11 commemorative coin. (Never Forget!) It is the place where white American complicity goes to die.

The Lost Cause is a foundational lie, one so big that few white public figures have ever directly challenged its underlying assumptions: that the war was reducible to fraternal strife and regional repression, fought by honorable men on both sides, and won by virtue of overwhelming resources and underhanded tactics. Plantation guides in Scarlet O’Hara ringlets give tours devoted to the linens and silverware of “big houses,” while devoting scant time to the people who creased and cleaned them. The “stars and bars” flies over state capitals, and commuters drive to work on highways named after white supremacists.

Consider, as contrast, the museum on the site of the I.G. Farben Building in Germany (a building that, it should be noted, is considered an architectural masterpiece), the former headquarters of the company responsible for enslaving hundreds of thousands of prisoners at its notorious “factories.” It’s dedicated to the memory of a former prisoner, and exhibits photos and documents from Farben’s disgraceful past.

Tour guides at Auschwitz itself do not include the commandant’s extravagant house on their schedule. The point isn’t that American slavery is the exact moral or material equivalent of the Holocaust, but that our country’s “original sin” has not been fully, culturally processed.

Slavery has been taught; it has been written about. There can’t be many subjects that rival it as an academic ink-guzzler. But the culture has not digested slavery in a meaningful way, hasn’t absorbed it the way it has World War II or the Kennedy assassination. White America has not yet had the courage to look itself in the mirror, to feel its complicity in its bones.

The events of the past few weeks have presented us with a unique opportunity for that long-delayed national reckoning, and there have been some encouraging signs we might be up to the challenge.

In the wake of George Floyd’s death at the hands of Minneapolis Police officers, several cities have announced plans to redirect funds from police departments to social services, schools are cutting ties with police departments and monuments to the Confederacy are being toppled all over the country.

A recent poll by Civiqs shows support for the Black Lives Matter movement soaring, nearly all of the top ten spots on this week’s New York Times Non-fiction bestseller list are occupied by books about racism and #MeToo-like accountability is forcing examinations of hiring practices and pay disparities in several industries.

Whether these events signal a genuine awakening or a momentary pang of awareness will depend upon white Americans maintaining the commitment to honesty, justice and moral imagination many have demonstrated over these painful few weeks. This is our problem, and we need to fix it.

We owe it first and foremost to the generations of black people we’ve exploited, brutalized and oppressed, but also to the better angels we’ve banished, to our own capacities for self-knowledge and love. We owe it to everyone who believes the struggle for a just and humane America has not yet been lost.

Peter Birkenhead has written for The Week, The NY Daily News, The Daily Beast, Washington Post, Salon, The LA Review of Books, The Awl, Marie Claire, MORE, The Forward, US News, The Morning News, the Chicago Tribune and other publications. He is the author of “Gonville” (Simon and Schuster).

The ‘lost cause’ myth is everywhere in our culture. Now is the time to expose it – for a more just America