‘Only a racist believes in race:’ On Germany’s failed attempt to erase race 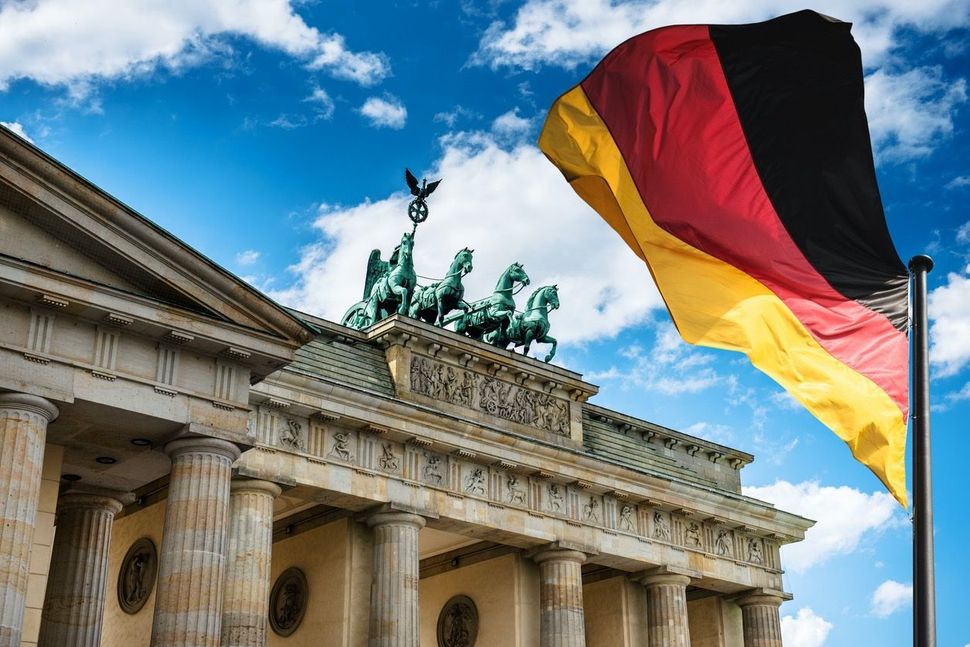 The first time I was asked about my race was when I came to the U.S. as a Ph.D. student in history more than thirty years ago. One of the questions in Columbia University’s application form was about race. I had to think about which box to check. I knew I was neither Black nor Hispanic nor Native American nor Asian. By process of elimination, that made me Caucasian.

I checked that box with some discomfort. Although some members of my family were from Belarus, to the best of my knowledge I had no ancestors who came from the part of Russia named Caucasia. I soon learned that in America, Caucasian referred to white people in general. But somehow, this did not square with my own history.

My parents were Holocaust survivors who were told by the Nazis that they were part of an inferior Jewish race. They were separated from the supposedly superior white “Aryan” race, my mother wearing the yellow star during her slave labor in Dresden so nobody would mistake her as Aryan, my father in several concentration camps.

They chose to remain in Germany after the war, where I was raised in a small Bavarian town. Growing up there, the usage of the term race was foreign to me. It belonged to a Nazi past and not to a democratic present.

The Nazis had been obsessed with the concept of race, enforcing obligatory race science classes in school. “Racial hygienics” sought to improve the Aryan race through eugenics, and the Nuremberg race laws created different categories of a racial hierarchy.

In the new democratic Germany, in contrast, we were taught in school that biological race was a social construct used to denigrate and ultimately to kill millions of people.

Germany sought to draw a lesson from its past by erasing the concept of race; only a racist would ever ask you what race you belonged to. Nobody except some white supremacists would ever talk about a white or a Caucasian race.

Hence my bewilderment when I was asked upon my arrival in New York to check a box and declare that I, the son of people who were persecuted because they were not considered “Aryan,” would consider myself “Caucasian.”

After living in New York, I learned more about race in the American context. I learned that race, in contrast to the German word “Rasse,” can be a cultural rather than a biological identifier. Later, after the election of President Obama when I returned to live in America, I heard people start to say things I was more familiar with from Germany — that racial divisions were a matter of the past and that we were living in a “post-racial” society. The reality I encountered in Baltimore and Washington D.C., however, did not reflect that society liberals and hopefuls spoke of.

While everybody seems to agree that in today’s America, race matters more than ever, Germany just moved one step further in the opposite direction. In recent weeks, there has been a lively debate in the German public to remove the term race from the one place where it is still officially used, in the country’s constitution.

Written in 1949, its language was included to rectify the injustice done by its racist predecessor state and to guarantee equal rights for everyone. Article 3 of the German Basic Laws reads, “No person shall be favored or disfavored because of sex, parentage, race, language, homeland and origin, faith or religious or political opinions.”

Following the anti-racist protests in the U.S., German lawmakers of the Green and Social Democratic parties demanded an amendment to the German constitution in order to eliminate the term race from this sentence. According to them, if race is not a valid category, a person can also not be favored or disfavored on the basis of his or her race. “Only racists believe there are different human races,” Left Party member of the German parliament Jan Korte proclaimed.

The initiative received an overwhelmingly positive response in the German media, and soon the German minister of justice echoed these demands. Its supporters lean on a research project of Jena University that concluded that “the concept of different human races is in itself a result of racism, not its prerequisite.” Tellingly, in the ensuing political debate, only the politicians from the far-right adamantly defended the continued use of the term race in this anti-discriminatory law.

But just as America did not become a “post-racial” society, racism did not disappear in Germany. In the early 1990s, immigrants from Asia were attacked in pogrom-like scenes in former East Germany. A decade later, the Neo-Nazi terrorist organization NSU targeted and killed immigrants they considered part of a lower race, and Black Germans today regularly report and speak of discrimination.

In contrast to the U.S., Germany was never a society of immigrants with an invitation to the poor huddled masses, and in contrast to countries like Great Britain and France, it did not have colonies after the world wars that diversified its population. But beginning with a massive labor migration in the 1960s and culminating with the integration of over a million refugees from the Middle East and North Africa in the last few years, Germany has now a diverse population in which every fourth citizen has a “migration background,” as is the official German language.

The German debate shows that the historical context of each society matters when we discuss race. Germans might have to invent a new term or perhaps replace the Nazi-stained “Rasse” with the English word race. But it is just as naïve for Germans to believe that by erasing the concept of race, they can erase racism, as it is for Americans to claim that we live in a post-racial society.

Michael Brenner is Professor of Jewish History at the University of Munich and directs the Center for Israel Studies at American University in Washington D.C.

‘Only a racist believes in race:’ On Germany’s failed attempt to erase race