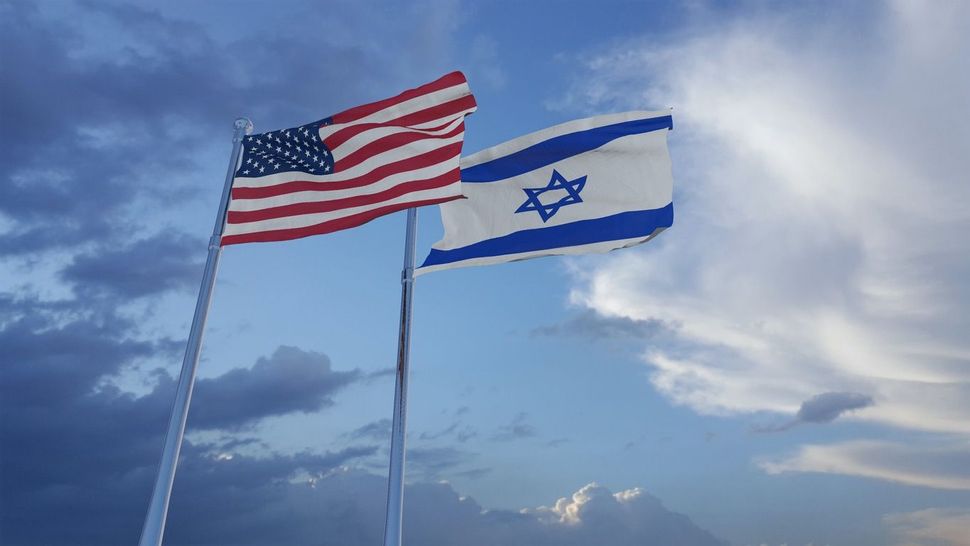 Last week, in the aftermath of Bari Weiss’s resignation from the New York Times, some noted the hypocrisy of conservative “free speech warriors” who nevertheless enjoyed shutting down open debate about Israel. I think they were right to note the hypocrisy, but wrong to think it is politically one-sided. Having fought the Jewish communal chill around Israel, I am now witnessing the same around discourse about race. The emerging restrictions will be just as counterproductive as they were for engagement around Israel.

Limiting discourse in favor of a particularly narrow sense of moral “righteousness” inhibits our ability to eliminate the scourge of racism by stifling differences of opinion about how best to achieve our shared goals. We must learn from our experience with Israel dialogue and demand the same standards in both domains — open discussion, compassionately managed — because fighting racism will take resilience and the broadest kind of coalition possible. And just as disagreements about Israel do not make someone anti-Semitic, so too we must stop labeling those who disagree about how to fight racism as “racists” for that disagreement.

In short, I believe we must develop Jewish resilience for our communities to encourage hard conversations about even about the most difficult topics.

I have publicly described the chill around Israel discourse as “Jewish McCarthyism,” linking it to that dark chapter of American history. I experienced it directly when I served as CEO of the Jewish Federation of St. Louis from 2012-19. Rabbis, Hillel directors, and other federation directors who wanted to engage their communities around Israel were fearful for their jobs and reputations if they (or the speakers they invited) expressed ideas that were threatening to some about the Jewish state. We opened up Israel dialogue considerably in St. Louis — too much for some, not enough for others.

“Jewish McCarthyism” operates by ideological tests and forbidden words (like “occupation”), modern-day shibboleths that distinguish friend from foe. It divides communities with shared values. It inhibits thoughtful responses to collective challenges by denying unconventional or unpopular ideas from being tested by the light of day.

It also exaggerates disagreement by imagining that discussing uncomfortable issues will lead to catastrophic consequences, when in fact working through disagreements creates resilience and strength. Jewish McCarthyism often targets people and their motives, rather than their ideas, driving many professionals and their communities to disengage. (In this way it illustrates the more general phenomenon developed by Greg Lukianoff and Jonathan Haidt in their important book “The Coddling of the American Mind.”)

The ideological lines around Israel have been extensively discussed by others. As we take up the urgent issues of race in the Jewish community, professionals (and lay leaders) are starting to walk on eggshells, fearing for their own careers and reputations.

Watch the video of our “Jewish conversation about Juneteenth” with Rabbi Sandra Lawson and Tema Smith.

Some examples of this behavior have already become too public: In training sessions, suggesting that racism may not be the only cause of racial injustice raises eyebrows. Questioning the efficacy — not the importance — of these sessions or suggesting they may be counterproductive to achieving our shared goals is similarly a sign of disloyalty to the cause, or worse.

Online, social scientists have been publicly labeled racist because they do not believe our Jewish communities are as racially diverse as advocates hope and other scholars believe they are. Their views should certainly be criticized on scientific objections, not rejected because they differ from an ideological position or because of suspected motives.

In public meetings, those who suggest that racism tied to white supremacy may not be the cause of the hurtful exclusions that Jews of Color have faced in our own communities are forced into silence (if they are not labeled racists themselves). They are asked not to share their ideas if the disagreement makes others feel “unsafe,” even though no threat of physical safety or harm is ever suggested.

In classes, students who might express unpopular positions are forced to remain quiet for fear of offending their classmates. Faculty, clergy, and Jewish professionals similarly refrain from introducing unconventional but important ideas into their communities, for fear of losing their job. This self-censorship gets in the way of learning and problem solving, which requires that we try out and refute even the most challenging ideas in their most charitable form before confronting them in the public arena.

Shutting down discourse this way may feel righteous to some, or an illustration of moral leadership to others. But as our experience around Israel has shown, shutting off dialogue because it makes us uncomfortable is counterproductive. It is also a sign of weakness and fear.

If we cannot ask hard questions with sensitivity and compassion, if we cannot tolerate disagreement even to the point of discomfort within our communities, how will we ever hope to change the world?

To be absolutely clear, I am speaking here of disagreements between people who recognize that the exclusions that Jews of Color have faced in our communities is wrong no matter the cause, and who recognize that racism is an urgent, persistent, and institutional problem both inside and outside in the Jewish community. Jewish McCarthyism divides communities of allies when we should be working together for shared solutions.

Our forebearer Jacob demonstrated that it is our struggle with the most important things, not the avoidance of them, that strengthens us even when it is painful.

We should not take this call for resilience as an excuse to be insensitive or complacent. We navigated open Israel discourse with parents of Israeli soldiers, Holocaust survivors, and victims of terror, who experienced critique of Israel more personally than those who lived comfortable lives in America, and we now must be similarly sensitive towards those suffering the racial injustice of American society literally in the streets, who have not always been welcomed into our institutions, counted in our communities, or recognized as part of our people. Nor can we let discomfort lead to complacency, for it will not always be pleasant for privileged members of our communities to confront their own attitudes and behaviors; but confront them they — we — must.

And yet, the very purpose of creating compassionate spaces is to engage in hard conversations, not to desist from them. Let us use them to build resilience to pursue our shared Jewish commitments of welcoming and counting all members of our communities.

Andrew Rehfeld, Ph.D. is the president and professor of political thought at the Hebrew Union College-Jewish Institute of Religion.