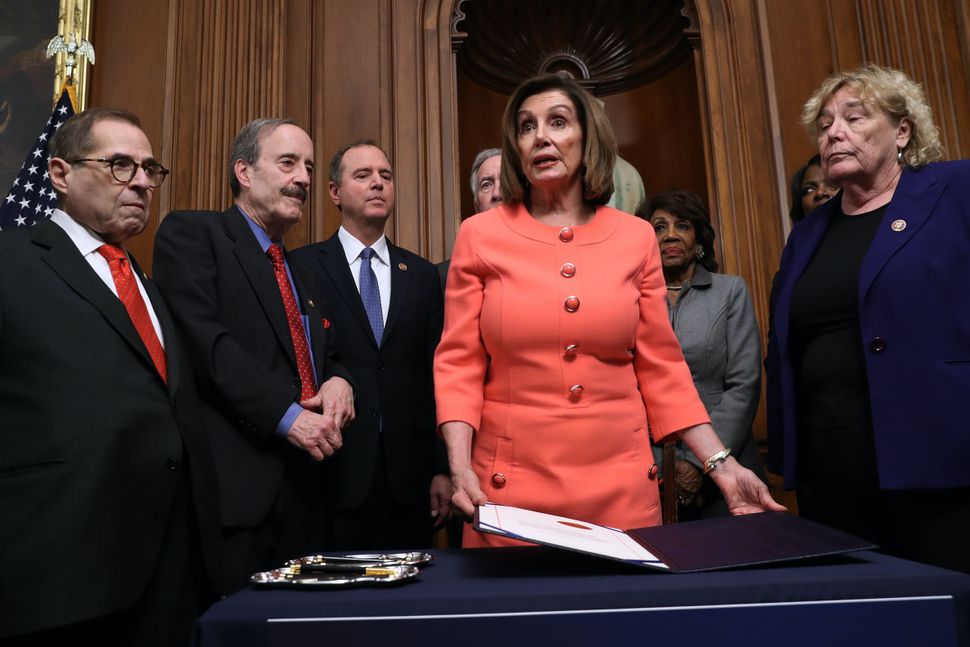 As with all Pyrrhic victories, those in the Jewish community celebrating the rather conservative Democratic Party draft platform position on Israel do not appreciate the broader trends that are inexorably moving against them. By pushing back against the use of the very word “occupation” to describe the status quo in the West Bank and East Jerusalem, while at the same time wasting space to denounce the hopeless Boycott, Divestment and Sanctions Movement, traditional pro-Israel Democrats are doing themselves no favors. This is a time for strategic compromise and not tooth-and-nail intransigence.

As a foreign policy document, the Democratic Party platform is a near worthless piece of paper. Unlike in Britain, where deviations from party election “manifestos” are seen as profound betrayals that sometimes produce lawsuits, platforms are widely understood here to be non-binding statements of values.

President Obama, rightly, never felt bound by the Democratic Party platform position that stated Jerusalem was the undivided capital of Israel. Avoiding controversy that can alienate potential voters, including pro-Israel voters, will be top of mind for party leaders. In determining its Israel policy, a future Biden administration will consult many documents; the party platform will not be one of them.

But in the sense of platforms being statements of values, they are useful in assessing present power dynamics in the party elite, which not only includes the formal leadership but also donors, policy professionals, and party activists and elected officials. Although the 2020 platform position is subject to revision and change, old guard pro-Israel forces showed they are still capable of punching well above their weight.

The question now is whether political guile and strength will be matched with wisdom or hubris. There is indeed a rising bloc in the Democratic Party that is highly critical of Israel, more sympathetic to the Palestinians, and may even support sanctions against Israel in certain cases. It is understandable that some would be worried by this, but clinging onto the old ideas, clichés, and justifications will more likely accelerate rather than arrest the current movement in the party.

When it comes to America’s relationship with Israel, the present composition of Congress and the Democratic foreign policy elite is generally not being replicated among the future ranks of the party. The ideas of aspiring liberal and progressive foreign policy hands graduating from the nation’s finest international affairs graduate programs are simply not those conducive to a U.S.-Israel relationship that transcends a normal analysis of national interests and sees Israel as representative of shared values.

Five Yiddish comedians walk into a Zoom… Have you heard that one? Don’t worry if you missed Rukhl’s Schaechter’s talk with contemporary stars of Yiddish comedy and mavens of Yiddish humor — fresh jokes await on the recording.

It is important not to exaggerate the truth, either. Younger progressives who have given a great deal of thought to foreign policy issues are not usually cheerleaders for “The Squad” and they do not tend to support BDS. Nevertheless, they do not see those views as illegitimate and in fact share many normative assumptions.

One of them is a belief that Palestinians are entitled to human and civil rights, and these rights should never be denied for reasons of security. They believe Palestinian rights are achievable through the two-state solution, but also through myriad (and I believe flawed) alternatives that have emerged in recent years.

There are limits to anecdotal evidence, in this case my own observations. I would not say there are zero under-40s running around progressive foreign policy circles espousing Congressman Eliot Engel’s views of the U.S.-Israel alliance. But I am comfortable saying this is surely a minority that will lack the awesome power and influence of its predecessor generations. Forcing an ill-fitting position on the party might work for a few more years, but it will eventually produce a backlash that will inflict damage, minor if we’re lucky, on what is still an important alliance.

Luckily, a sensible compromise position is visible. In response to calls to attach hard conditions and even cut off military aid to Israel, Senator Chris Van Hollen of Maryland proposed a third way in between that and the status quo of providing funds with no strings attached: continue military aid but with an understanding that none of it can be used to further annexation.

I can see future proposals of this kind add on “or any other destabilizing activities, including facilitating settlement construction, in the occupied territories.” This will maintain the U.S.-Israel relationship while providing a healthy distance between Washington and a morally corrosive occupation

The Democratic Party is not being seized by radical idealists. American foreign policy under future Democratic administrations will include alliances with countries that have far worse human rights records than Israel, as it does today.

The U.S. should always speak out, but with an understanding that it cannot always impose its normative will on foreign actors. But neither should it deny reality by, for instance, entertaining the idea that Israel may not actually be occupying the West Bank.

In sum, this will require normalizing the U.S.-Israel relationship. As Steven Cook of the Council on Foreign Relations recently wrote, the framework of a “special relationship” is an outdated concept that is forcing the U.S. into a conflict mediation role for which it is simply not fit.

If the debate in the party becomes one between punishing Israel for the occupation, probably a futile act, or maintaining the so-called special relationship, it is not inconceivable the former position will eventually triumph. If they act wisely, pro-Israel Democrats will not continue this doomed Manichean struggle.