Can editors recognize anti-Semitism? An article about Soros suggests no 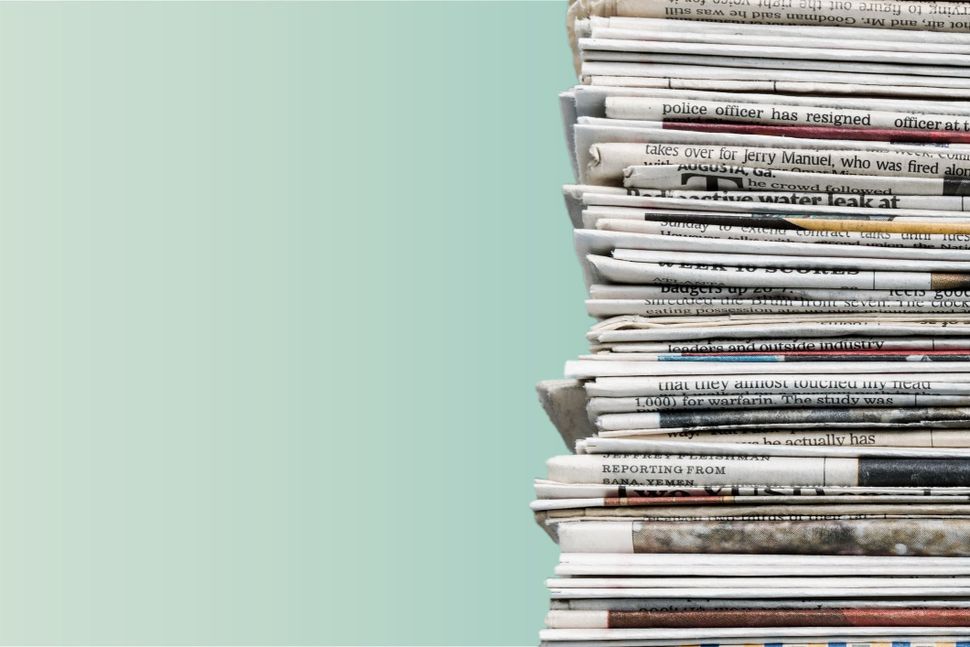 It was a shock to read in The Chicago Tribune that George Soros is the secret force causing Chicago’s woes.

Yes, that’s The Chicago Tribune, one of America’s major papers, not Hungarian propaganda. And worse, the column claimed that Soros, the Hungarian-born philanthropist, was the reason for the problems of — wait for it — all of urban America.

“These Democratic cities are also where left-wing billionaire George Soros has spent millions of dollars to help elect liberal social justice warriors as prosecutors. He remakes the justice system in urban America, flying under the radar,” longtime Tribune columnist John Kass wrote yesterday, in a column that ran with a photo of Soros.

The idea of the “hidden hand” is one of the oldest anti-Semitic tropes. Or, as Kass put it, “flying under the radar.” It’s an idea found in “The Protocols of the Elders of Zion,” a conspiracy theory that lays out the canard that Jews are secretly controlling the entire world, operating as conspirators against their homes.

The occasion for Kass’s column was the situation in Chicago, a city on edge because of rising violence in a city long plagued by it, coupled with President Trump’s plans to send Federal agents in. Mayor Lori Lightfoot called the proposal “unconstitutional.” “We are not going to have people who don’t know our streets, don’t know our neighborhoods, and then who are engaging in clearly unconstitutional conduct operating at will in our city,” Lightfoot said.

Kass had another thought. “If Trump truly wants to help the cities, he might privately call the mayors and ask them about the prosecutors backed by Soros,” he wrote.

How did this get past an editor?

Editors are on high alert to remove racist rhetoric or sexist statements, or anything veering close to it. And it’s a good thing. No one should have to open a newspaper and read a columnist writing something like what President Trump shamefully stated, that Mexicans are “all rapists,” or an “editorial” stating that women are “all whores.”

Unfortunately, in incident after incident, editors of mainstream American publications simply do not recognize anti-Semitism when they see it.

Nor do they seem to notice conspiracy theories, or think it’s important to stop their spread — something deeply dangerous for every inch of our democracy.

That’s what happened when The New York Times Book Review featured Alice Walker recommending a book by anti-Semitic conspiracy theorist David Icke. As The New York Times itself later reported in response to a backlash from readers, “In the book, Mr. Icke draws on ideas from the anti-Semitic pamphlet ‘The Protocols of the Elders of Zion,’ argues that Holocaust denial should be taught in schools and that Jews are responsible for organizing anti-Semitic attacks, and calls the Talmud a racist document. In other writings, he has posited that a cabal of a child-sacrificing, bloodthirsty lizard people, many of whom are Jewish, are secretly running the world.”

But even after this whole debacle, The New York Times ran another interview with Walker in May, this time on its podcast Sugar Calling, prompting the book critic Ruth Franklin, a former editor at The New Republic, to point out what one might expect an editor at The New York Times to notice, especially after a recent round of public embarrassment for providing a platform for Walker’s anti-Semitism.

Calling on the @nytimes and @CherylStrayed to apologize for elevating Alice Walker, again. https://t.co/Q9bBbc50T3

Franklin called on author Cheryl Strayed, the podcast’s host, and The New York Times to both apologize; Strayed immediately did, to her credit, stating in a response to Franklin that she was not aware of this aspect of Walker’s writing.

“As I’ve previously stated, I was not aware of this and I would not have asked her to be on the show if I had been. I’m sickened by it and sorry for it,” Strayed tweeted.

As I’ve previously stated, I was not aware of this and I would not have asked her to be on the show if I had been. I’m sickened by it and sorry for it.

But this is something an editor should have noticed. Walker’s rants are featured prominently on her website. Is it not standard for an editor to do a bit of Googling before okaying a guest on a podcast under the banner of The New York Times?

Interestingly, these cases of editorial non-oversight are a toxic mixture of seeming inability to notice anti-Semitism, blindness to conspiracy theories, and a lack of fact-checking. And that pattern is what happened with yesterday’s piece in The Chicago Tribune.

In its immersion in conspiracy theory, the Kass column also claimed that political leaders are powerless in the face of Soros money. “The Soros-funded prosecutors, not the mayors, are the ones who help release the violent on little or no bond,” Kass wrote.

Yes — this columnist was claiming that Lightfoot, a black gay female mayor who was elected with a tremendous and historic majority, who won 74 percent of the vote and triumphed in all 50 of Chicago’s wards, has no say.

This is yet another classic anti-Semitic trope: Leaders have no power because Jews are pulling all the strings. Or in this case, one Jew.

Kass goes on to lay into Cook County State’s Attorney Kim Foxx, who he calls “the Soros prosecutor,” saying Soros provided $2 million for her 2020 campaign. An editor who should ostensibly be familiar with Chicago politics should have insisted on context here. The 2020 State’s Attorney’s race was the most expensive ever, with $16 million spent, more than double what was spent in 2016. But the biggest spender was not Foxx. The highest spender by far was Bill Conway, the son of a billionaire who spent $10.5 million on his son’s campaign. In fact, Conway spent a total of $11 million to Foxx’s $3.7 million.

Had Conway won, would we be living in a justice system controlled by the secret hand of Conway?

A responsible editor should insist that any claim of extreme campaign spending mention whether the dollar amount was above or below that of other candidates, and what total spending was.

“Millions of dollars” and a claim that America’s cities are being “reshaped” per Kass doesn’t cut it when one person is being named, and featured in a photograph, and when that person, a Holocaust survivor, has been the target of numerous anti-Semitic attacks worldwide.

That person has also been the specific target of conspiracy theorist trolls, with a recent alarming increase in incidents. Aryeh Tuchman, associate director of the Anti-Defamation League’s Center on Extremism, told The Times of Israel that the number of anti-Soros tweets rose from around 20,000 a day to more than 500,000 a day as protests spread throughout America, spreading the lie that Soros was funding protesters.

Rather than a plant in some conspiracy, Foxx has a compelling personal history. She grew up in a housing project, and has spoken about her reasons for what she will and won’t prosecute. Her decision not to prosecute petty theft, and to prosecute felony theft only for thefts of over $1000, has decreased monthly charges from 300 to 70.

“My passion for public service is deeply personal,” she writes on her website. “I spent my early childhood growing up in Chicago’s Cabrini Green housing projects. I was raised by my young mother and grandmother, and I saw, firsthand, the impact of crime, violence, and poverty in our communities.”

In her noble endeavor, Foxx had the backing of Emily’s List, a group which backs women candidates and focuses on early donations that can provide momentum. Is it perhaps controlling America’s cities, or Congress? After all, in the 2018 races, Emily’s List raised a record-breaking $110 million.

But I don’t remember any editorials on how women donors were secretly running Congress.

Aviya Kushner is The Forward’s language columnist and the author of The Grammar of God (Spiegel & Grau) and the forthcoming Wolf Lamb Bomb (Orison Books). Follow her on Twitter @AviyaKushner.

Can editors recognize anti-Semitism? An article about Soros suggests no