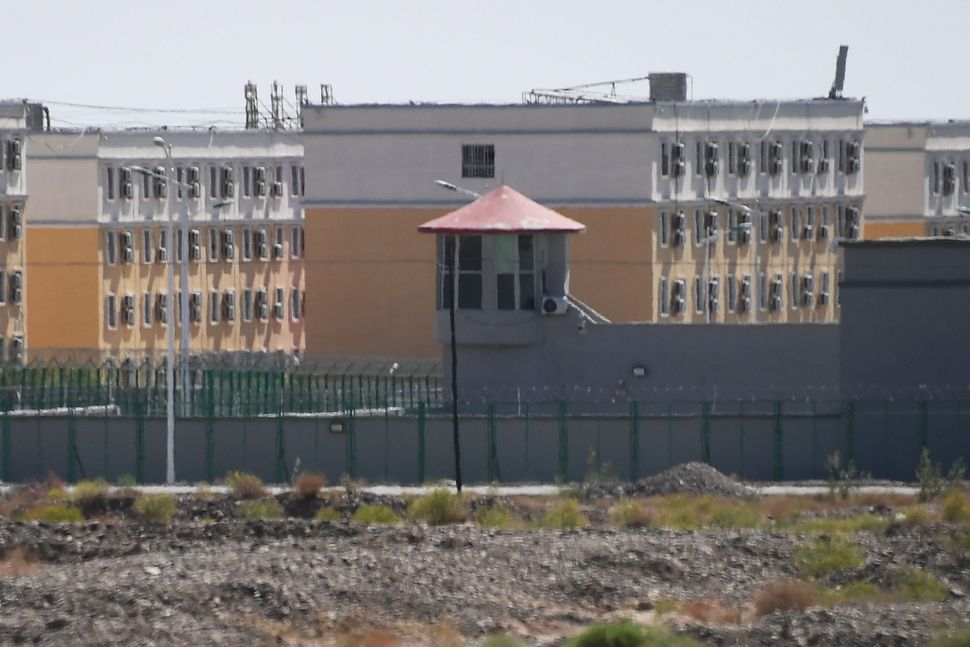 It is a well-documented fact that China is engaged in cultural and physical genocide against the Uighurs, a Muslim group who once constituted a majority in the province of Xinjiang. China is attempting to erase Uighur culture by shuttering mosques, banning the Uighur language in schools, and holding more than one-million Uighurs in “re-education” camps where they are subject to torture and forced labor.

Jews around the world keep the memory of the Holocaust alive in order to prevent genocide from being perpetrated again. China’s actions are, in the words of United Kingdom Foreign Secretary Dominic Raab, “reminiscent of something not seen for a long time.” The question is not why to take action on Xinjiang, but how.

The first step is to punish companies and officials that enable or profit from the genocide. So far, the U.S. government has placed sanctions on four Chinese Communist Party officials directly responsible for implementing Xinjiang policy. It has also put 48 companies complicit in human rights abuses in Xinjiang on the Commerce Department entity list, restricting their ability to access U.S. technologies.

Yet companies on the entity list can still do business in America. Hikvision and Dahua, two surveillance camera makers that are integral to repression in Xinjiang, were slated to join a U.S. security trade show in March. Amazon purchased $10 million worth of fever detection cameras from Dahua in April.

Jewish Americans should urge their Congressional representatives to enact comprehensive legislation prohibiting the worst offenders on the Commerce Department entity list from doing business in America. Whereas the current entity list makes it harder for these companies to upgrade their technological capacities, strong sanctions would directly hurt their bottom lines.

Jewish Americans must also pressure global brands to cut ties with forced Uighur labor. Xinjiang accounts for 84% of Chinese cotton production, and the products of forced Uighur labor find their way into the supply chains of major brands like Gap, Nike, and Patagonia. Jewish organizations should join the 190 non-profits worldwide that issued a call for fashion retailers to end all sourcing from Xinjiang.

Jewish Americans, for their part, should join consumer boycotts of fashion companies that fail to eliminate supply chain links to Xinjiang. In the past, similar efforts successfully pushed Uzbekistan to root out child labor in its cotton industry.

Beyond economic action, the U.S. must take a more unequivocal stance on the atrocities in Xinjiang. To begin with, the U.S. government could formally recognize the sterilizations and internment programs in Xinjiang as acts of genocide. Jewish Americans can help pressure the Trump Administration to do so. In the case of the Armenian genocide, moral voices like Elie Wiesel used their platforms to call for American recognition of the atrocities. Today, young Jews should call on the Elie Wiesel Foundation for Humanity and the Holocaust Memorial Museum to lend their moral weight to advocacy over the crisis in Xinjiang.

The U.S. also urgently needs to rejoin the UN Human Rights Council. America’s absence from the body has emboldened China to chip away at the UN commitment to universal human rights. When the United Kingdom submitted a letter of concern about Xinjiang to the council, twenty-seven countries signed on. Forty-six countries signed an opposing letter endorsing China’s policies, a victory that was widely reported in Chinese state media. As a participant in the council, the U.S. could mobilize a broader coalition of countries to shame China over its genocidal stance and make it harder for majority-Muslim countries to stand by Chinese policy in Xinjiang.

Jewish Americans could push the needle of public pressure in favor of rejoining the body; after all, the Trump Administration withdrew from it in 2018 due to a perceived anti-Israel bias. Despite the Human Rights Council’s problems, groups like the Anti-Defamation League need to rethink their opposition to the one international body that can speak with an objective moral voice on abuses in Xinjiang. Otherwise, the Human Rights Council will remain yet another means for China to cloak its abhorrent policies in the language of universal values.

Finally, Jewish Americans can prevent Uighurs who have escaped from China from being sent back. A growing number of countries deport Uighur refugees back to China. Jewish groups that have taken the lead in opposing President Trump’s anti-refugee policies should encourage the administration to settle more Uighur refugees in the U.S. This is a rare opportunity to galvanize bipartisan support for a refugee group.

The future direction of China’s policies in Xinjiang is not predetermined. Genocide is bad for China’s economy, draining valuable resources away from engines of economic growth. By adding to that the cost of international approbation and targeted sanctions, the U.S. and its partners can pressure China to change course in the region before it is too late.

Doing so will not influence the Chinese Communist Party’s policies more broadly. But concerted action from the Jewish American community could help save lives in Xinjiang.

Coby Goldberg is a researcher with the Center for a New American Security’s Asia-Pacific Security Program.