China is perpetrating genocide. We’ve seen this before.

Samuel Willenberg normally worked on the fences. His job did not routinely bring him near the thousands of women who disembarked at Treblinka every day. One day, however, he was pulled aside by guards and forced to work as a “barber” cutting the hair of women on their way to the gas chambers. There he had an experience that would stay with him the rest of his life, one he would later express in art that cries out to our present. 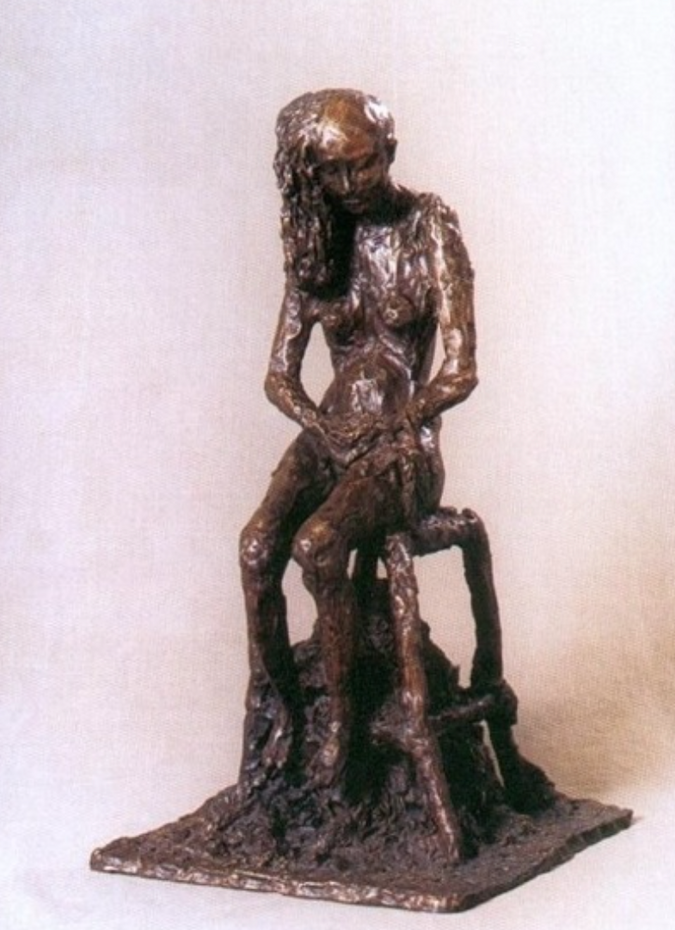 Willenberg worked as ordered that day, cutting women’s hair as fast as he could and staying, for the most part, silent as they sat down in front of him and bombarded him with questions. It was common for women arriving at Treblinka to talk to the barbers: The prisoner forced to do that job was the first fellow Jew they had a chance speak to for any amount of time since their arrival at the camp. They were all scared and seeking information or some form of hope.

Abraham Bomba, another man forced to work as a barber at the camp, recalled a young woman who simply asked him how long death would take. How long would she suffer in the gas chamber?

Most who came to Treblinka did not know what awaited them beyond the haircut. Many believed the lies they’d been told about showers, disinfected clothes, and transport to the east for work.

Just as the woman who spoke to Bomba knew what awaited her, Ruth Dorfman knew better. When Ruth sat down, she calmly asked Willenberg whether it would hurt. She knew she would die soon. She knew she would be gassed. She only worried about the pain that might come next.

Softly, against all orders to be silent, Willenberg did what he could to assure her it would be fast, and it would not hurt too much.

After surviving the ghetto, the humiliating and exhausting train to the camp, and being stripped nude before the haircut, Ruth Dorfman and the thousands of others like her had endured all the dehumanizing horrors the Nazi regime could throw at her. The loss of their hair in the final moments of life, immortalized by Willenberg in sculpture, was just the last of many indignities on the road to genocide.

The hair of Jewish women sent to their deaths at Auschwitz, Belzec, Sobibor, and Treblinka did not enrich the Third Reich to any significant degree. Gathered in bales and bundles totaling in the tons, this “raw material” may have gone to make personal items for U-Boat crews, to the manufacture of soft goods, or to whatever else the frozen-hearted bureaucrats of Hitler’s Germany could conceive.

Whatever became of it, two things are certain: It could not and did not provide the means to prolong the war or bring any financial gain of importance. Profit was not the motive. The point was cruelty itself, a final stab at the self-conception of women destined to die. Just one more horrible thing that absolute power and absolute hatred combined to produce.

Last week, we learned that China is selling the hair of Uyghur peoples trapped in its over 1,200 camps spread across the northwest of that country. To be sure, the Chinese state must be reeling from the combined effects of a world economic downturn and the coronavirus pandemic. Yet just as in Nazi Germany, this hair — this product of hate and total control — will not solve China’s problems. Nor, of course, would that be any excuse for either regime even if it could.

The point for Chinese authorities is, as it once was for the Nazis, the cruelty itself, robbing victims of their image of self even as they are robbed of all else, stripped of their freedom, and “reeducated” at the hands of a genocidal state.

What China does to Uyghurs today, from the theft of hair to forced sterilization, the destruction of families and lives, is genocide. That it has taken on yet another trapping of Nazi torture is just one more reason the world must finally act.

Shaving the heads of prisoners and selling their hair on the open market is not a small thing, but rather a sign. This action is a demonstration of how far China will go in its treatment of the Uyghur minority.

It again shows how officials of the Chinese Communist Party view their victims not as fellow humans but as problems to be dealt with and as a source for commodities to be extracted from.

What comes after this kind of wanton dehumanization is always worse.

We are unfortunately not without extensive historical precedent in this regard. Uyghur men and women are being treated quite literally as livestock to be shorn and profited from.

If “Never Again” is to mean anything today we must look to the past, heed its warnings, and for once act before it is again too late.

Chad Gibbs is a PhD candidate in History at the University of Wisconsin-Madison and a George L. Mosse Graduate Exchange Fellow to the Hebrew University. His research focuses on Jewish resistance at the extermination camp Treblinka.

China is perpetrating genocide. We’ve seen this before.