Trump enabled China’s abuse of Uighurs. This is a ‘Never Again’ election. 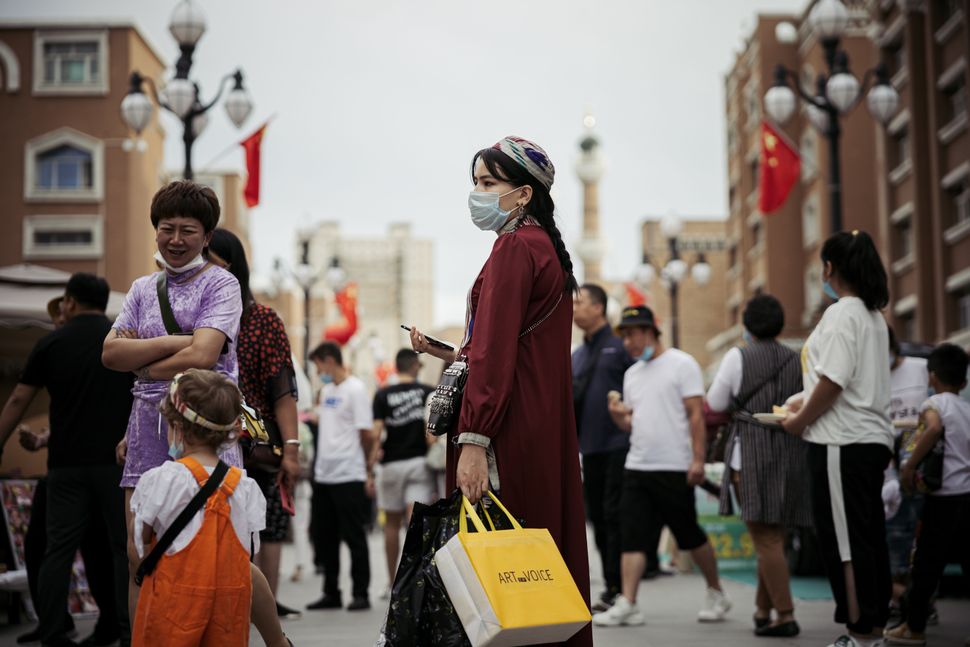 China has come in for a cascade of criticism in the wake of the coronavirus crisis, which originated in the Chinese city of Wuhan and became a pandemic due to the government’s botched initial response. Lost in the mix, however, has been the other misdeeds of the Chinese authorities, not least atrocities committed against the Uighurs, a Muslim minority group. China has set up a veritable archipelago of camps, “reeducation” centers and assorted prisons in order to wipe out the culture and religion of the minority.

Uighurs have also been subject to forced sterilization, and placed under community-wide surveillance in what can only be called a totalitarian nightmare. Meanwhile, last week, American customs officials intercepted almost a million dollars’ worth of hair sheared from inmates of China’s concentration camps, a deafening echo of the Holocaust.

China’s brutal treatment of the Uighurs does not seem to bother President Trump, provided that Beijing will help him get reelected. As former national security adviser John Bolton recounts in his newly-released, tell-all memoir of his time in the Trump administration, the president told Chinese leader Xi Jinping that the construction of concentration camps in which to imprison Uighurs was “exactly the right thing to do.”

He also implored Jinping to boost Chinese purchases of American agricultural products in order to aid Trump in the swing states of the Midwest. Trump has not done much to dispel the impression that Uighurs are but a pawn in his bid for reelection, boasting last month that he had delayed punishing China over its treatment of the Muslim minority in order to conclude a trade deal.

This should disgust all Americans of good conscience. Certain principles should not be for sale, and especially when they are auctioned off not for the public interest, but for the personal and political fortunes of the incumbent president.

The current occupant of the White House has tarnished America’s reputation as a defender of human rights across the board. He has repeatedly refused to acknowledge and condemn the atrocities of Vladimir Putin, Kim Jong-Un and as well as those of an international gallery of despots. Meanwhile, news reports emerged last week that he had berated and insulted the leaders of democratic allies like the United Kingdom and Germany on phone calls with them, calling former Prime Minister Theresa May “weak” and Chancellor Angela Merkel “stupid.”

Sometimes, it almost seems as if President Trump was conceived of especially in order to diminish American influence, alienate our allies and turn us into a pariah state on the global stage. And that indeed is happening, as the European Union bans American visitors due to the White House’s mishandling of the coronavirus, China outmaneuvers America in a number of international bodies, and our erstwhile friends forecast a post-American global order and act accordingly in terms of their economic and security planning.

The general truth that “elections have consequences” has taken on a greater resonance since the presidential race of 2016. This is even more axiomatic when we remember that some of history’s worst leaders initially came to power through elections.

While Trump is no Hitler, he certainly is too tolerant of the Chinese camps, inhumanly directed that children be separated from their parents and locked in cages on our nation’s border, and, as we saw most recently, he’s overly enthusiastic in his menacing of peaceful protesters with tear gas and rubber bullets.

At stake in this fall’s elections is the usual menu of important issues, from racial justice and civil liberties to healthcare and the Supreme Court. Voters, however, will also make a profound choice on the nature of our country itself. On the ballot is the fundamental defense of human rights, the encouragement of totalitarianism abroad and even more authoritarian-type actions at home.

This is a Never Again election. No matter the divisions that sometimes fracture our national political life, I believe that a majority will carry Vice President Biden to the White House. We can restore American values and decency to1600 Pennsylvania Avenue. But we have to fight for victory in November like we won’t.

Aaron Keyak is a former head of the National Jewish Democratic Council, and a founder of Bluelight Strategies in Washington, D.C.Twitter: @akeyak

Trump enabled China’s abuse of Uighurs. This is a ‘Never Again’ election.