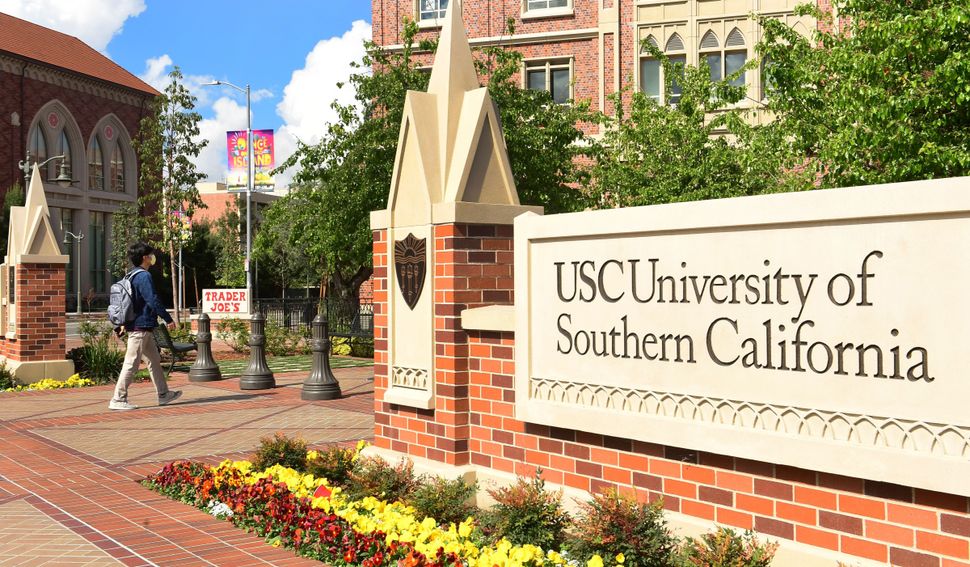 The University of Southern California, where I work, is embroiled in a student government controversy — and its implications could reverberate far beyond our campus. It began when Truman Fritz, the former president of the undergraduate student body, stepped down in early July after being accused of racial microaggressions. Now, comments made during the push to oust Fritz have led vice president Rose Ritch to resign after she was targeted by anti-Zionist activists.

Parsing the precise details of who said what to whom is best left to others. But the tenor of the debate matters for every student on every campus. In the fight for equality and diversity, some crusaders for justice put on blinders of prejudice themselves. The condemnation of a fellow student who is Jewish on the false grounds that being a Zionist makes her a racist is itself racist.

All university campuses are first and foremost places of learning. As such, I believe it is our duty to use this controversy as a teaching moment, for Jewish and non-Jewish students alike.

First, the facts on Zionism: Zionism is not a racist belief in the inferiority of Palestinians or a jingoist belief in Israeli manifest destiny. Zionism is based on the 19th-century belief that the Jewish people have a right to self-determination in their historic homeland; in other words, that the state of Israel has a right to exist. And it has, legally, since 1948.

Let me be clear: Racism against Palestinians is as abhorrent as racism against Jews. But equating all Zionism with racism perpetuates the anti-Semitic belief that Jews do not have the very right to self-determination that Palestinians themselves have been denied.

The current controversy at USC comes amid a national reckoning with our country’s long history of systemic racism. Jews, one of the most persecuted groups in history, have an important role to play in that conversation because both faith and history teach Jews to try to heal the world.

That’s not to say Jews are without societal advantage. The overwhelming majority of American Jews pass as white and thus cannot understand what it means to be Black (with the exception of those that are).

Should we in the Jewish world solely support the poor in our Jewish communities or should we lead the way for social involvement in local communities and inspire others to join these efforts? Forward editor-in-chief Jodi Rudoren moderates a talk on “Reclaiming Jewish Social Justice” on August 25 at 1 p.m Eastern. Sign up here.

At the same time, Jews have suffered immeasurably as a minority — from the Crusades to the expulsion of Jews from Europe to the Holocaust to the Tree of Life shooting in Pittsburgh.

For that reason, Jews make for obvious allies in the civil rights struggle of our times. Through the platform afforded to them in the U.S. by dint of whiteness and privilege, Jews have a responsibility to amplify voices of color, including those that are Jewish, to combat racism and bigotry.

But anti-racist activists must recognize that likeminded Jews, including Zionists, are their allies in this fight, not their enemies. Rabbi Abraham Joshua Heschel, one of the founders of modern Jewish philosophy, famously marched arm-in-arm with Dr. Martin Luther King Jr. from Selma to Montgomery. And Dr. King was a staunch ally of the Jewish people and the Jewish homeland, proclaiming that “Israel’s right to exist as a state in security is incontestable.”

Reinvigorating the historical trust and mutual understanding between Black and Jewish students is essential — and can begin on campus. These will be difficult conversations, ones that will force both Jewish and non-Jewish students to interrogate their own biases and rethink closely held beliefs. But this is a crucial first step in building a society that rejects all forms of bigotry, whether targeting Black and brown Americans, Jews, or Palestinians.

These hard conversations have begun through the Stronger Than Hate initiative, an open forum at USC that utilizes the power of eyewitness testimony to raise awareness about and counter all forms of hatred. Everyone can participate.

Judea Pearl, father of murdered Wall Street Journal journalist Daniel Pearl, recently told me that, “Zionophobia is a new pathological phenomenon on campus, which combines bigotry, discrimination and racism. You only have to say you are a Zionist, and you are a pariah, when in reality we have a lot to offer about lifting oneself from the margins of history.”

This is a moment to learn from one another, not to render your fellow students pariahs for supporting Jewish self-determination.

Former USC student government vice president Rose Ritch’s ordeal shows that accusing people is easy; listening is hard. But listening to the “other” is the best way to humanize our conversation and to combat the seeds of hatred.