I grew up with anti-Semitism in the UAE. Peace with Israel is a dream come true. 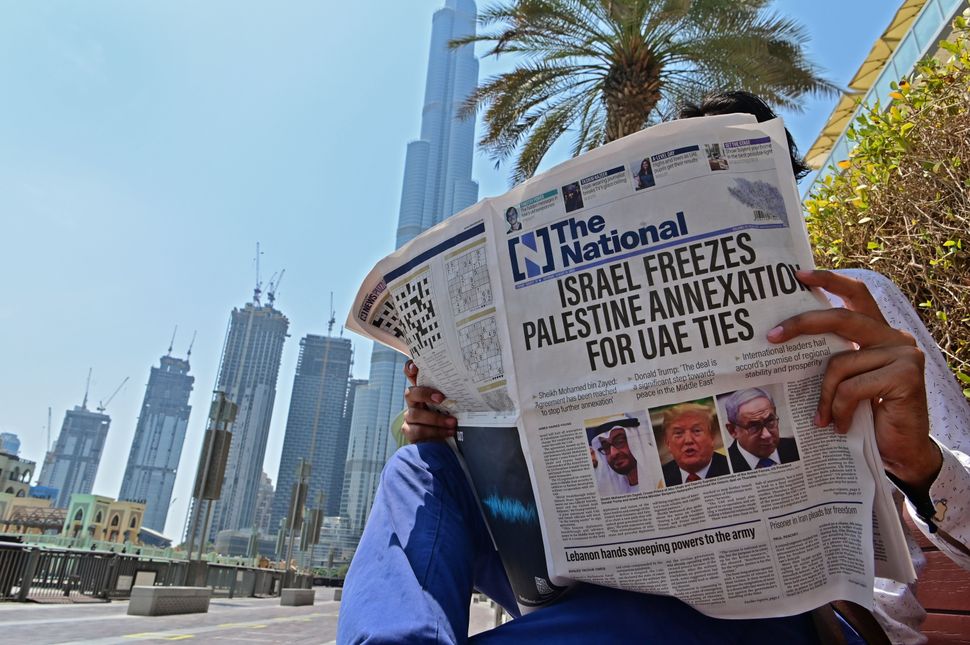 Never in a million years did I believe there would be a deal in my lifetime where an Arab Gulf state would recognize the Jewish state. Watching the news this week of Israel and the United Arab Emirates normalizing relations was something of a dream come true.

From the age of eight until adulthood, I called the UAE home. It was a place I enjoyed most of my firsts: my first day of school, the first time I ditched school, my first kiss, my first chicken shawarma, crashing my first car.

It’s also where I had my first experience with anti-Semitism. Of course, I didn’t know what that actually was at the time. 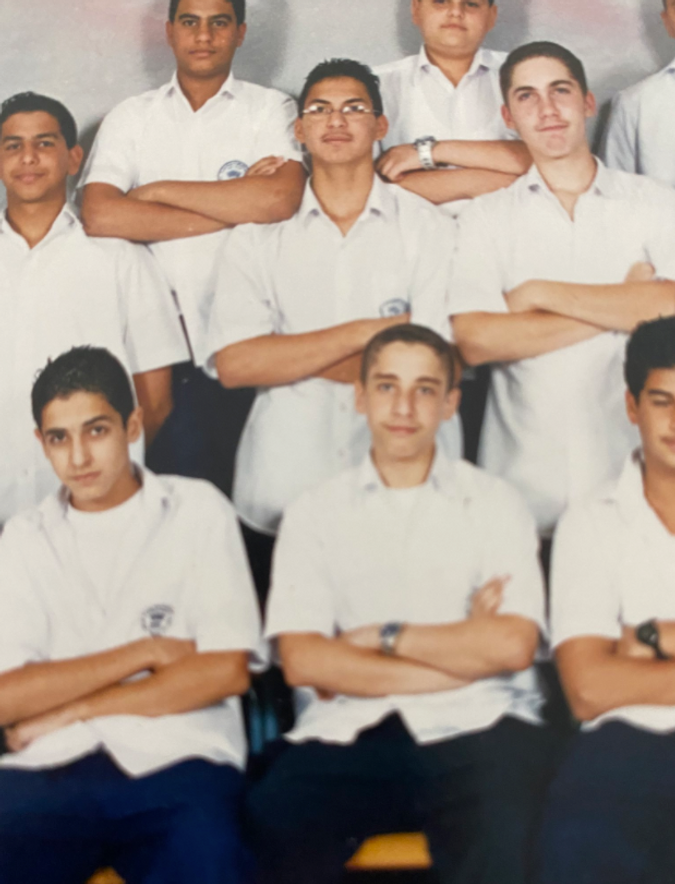 The author (center, with glasses) in his high school photo from the Abu Dhabi International School

Calling Israel and its Jewish inhabitants the enemy of Islam and God was as common as breathing while I was growing up. Anti-Semitism was in my home. It was in the school hallways and yard. You heard it at the café while having a hookah, enjoying a chicken shawarma and playing a hand of tarneeb.

At Friday prayers, a religious cleric at any given mosque was sure to make a comment about how Allah will one day destroy Israel from the map and all the yahoud that live in it so that our brothers may finally be free.

Believing in conspiracies like the idea that Israel was the true mastermind behind 9/11 or that Israel is funding ISIS was prevalent, mainstream, part of the culture. It was a hate taught and passed down through generations by people who had never once interacted with a Jew.

It’s so weird looking back at it now, trying to understand how it is that I had this hate in my heart for an entire group of people I had never met.

I myself didn’t meet a Jewish person until I was about 25 years old and traveling through New York. He also happened to be an Israeli.

I’m not going to lie: I was nervous when he first told me where he was from. I didn’t know how to feel about, if I was supposed to walk away, or punch him in the face.

But something came over me, a curiosity, a deep desire to know more about this person I was taught to just hate. We talked about a wide range of topics in the short time we spent together, but the one that interested me the most was Israel.

You could tell he loved his country; there was a glow about him when talking about his favorite bakery that he would go to on the marina, or how he enjoys his chicken shawarma with pickles and garlic paste — just the way I would eat it as a kid in the UAE.

When I told him where I was coming from and that I was Lebanese, he smiled and said he would love to one day visit Dubai or the beaches in Beirut. And then, he quickly realized, as I did, that this would probably never happen in our life time.

The realization that came over me was intense: This person is just like me. We listened to the same kind of music, had the same taste in food, and would laugh at similar jokes.

It wasn’t a long interaction, but it was long enough to make me question the hate I had been carrying with me for as long as I could remember. It sent me down a road to a better understanding and acceptance.

When I heard about the news of the agreement between Israel and the UAE this week, I was reminded about this interaction, and how it fundamentally changed me. Watching high level Emiratis on twitter show their support for Israel, actually tweeting the UAE flag and Israeli flag together, sparked hope in me. Seeing the UAE let go of its hate for a country and a people, just as I did, made me so proud of the country I had called home and grew up in.

The news was soon followed by other reports, that Bahrain and Oman would soon follow the UAE. The truth is, if I had to pick a Gulf state to go first, it would have been the UAE, a unique and vast melting pot of diversity, a leader in the region at accepting nationalities and religions from all over.

Until this week, that acceptance was universal but for one country, one nationality, one religion. But that is finally about to change.

I can’t wait to watch more of the Gulf countries follow their lead. I can now get my passport stamped by Israel and then stamped by the UAE on the same page. The first thing I am going to do is finally travel to Tel Aviv and then make a stop in Dubai so I can compare chicken shawarma sandwiches.

Mujahed Kobbe is a former resident of the UAE and co-host of The Habibi Power Hour podcast.

I grew up with anti-Semitism in the UAE. Peace with Israel is a dream come true.