What Disney can teach us about Israel: Our kids are ready for flawed heroes. 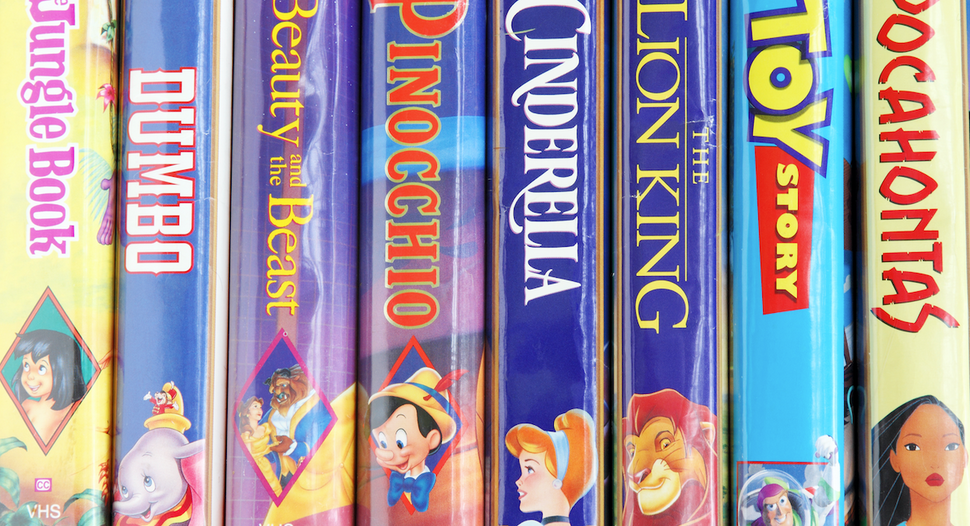 Do the following scenarios describe a Disney movie or the latest headline about Israel? The forcible separation of a baby from its mother, villagers persecuting a feared outsider, and factions competing in a deadly battle to control the land.

Spoiler alert: it’s both. Dumbo, Beauty and the Beast, and The Lion King tackle these tricky subjects with young kids.

So why are adults so afraid to do the same when it comes to Israel?

While we allow our children to watch movies packed with flawed heroes and moral ambiguity, Israel education continues to be a manichaean struggle between good versus bad. Our schools, camps, and even we ourselves shut our children out of honest conversations about Israel for fear of them not being “ready.”

As part of the research team at the Children’s Learning About Israel Project of Brandeis University, I have spent the past eight years conducting hundreds of interviews with Jewish kids about Israel. Following a cohort of 35 Jewish elementary schoolers as they aged from kindergarten to middle school, I heard them express their thoughts and feelings about the country. Listening to these kids discussing Israel, it’s clear they have something to teach the adults in their lives.

The children in our study are spread across a diverse group of schools: One is Reform, one Conservative, and one a non-denominational community school. One has a large Persian-Jewish population, one has predominantly Ashkenazi students, and one has a large number of Israeli expatriate families.

There is just one area in which our cohort is uniform: Our children are all frustrated and confused about Israel. And it’s because of us.

In the digital age, children encounter complexity everywhere they turn. And it’s not just in Disney movies. They are aware that Israel is more complex than they are being led to believe. And they are aware from a very young age.

In my interviews with second graders, one girl shared that she had peered over her father’s shoulder as he watched a viral video on his phone of rockets falling on Israel. Another learned of violence in Gaza reading ticker tape news headlines on a restaurant television. Others simply eavesdropped on whispered conversations in the kitchen.

These six and seven year olds brought up Palestinians in their interviews. But the majority were unable to name them. I heard euphemisms like “the bad guys” and “the people that Israel is fighting against.” One child knew of Palestinians, but not anything else. “They’re not telling me anything; I just know the name,” she told me. Another used terms like Palestine and Gaza, but immediately threw his hands in the air, then covered his eyes. “I just don’t get it. I’m so confused!” He said.

In the same conversations, the children described Israel education that included festive falafel eating, pretend trips to Israel, and presentations on Israeli innovations like Waze. But what the children were learning from class, camp or their parents was only part of Israel’s story, and they knew it.

These children experience complexity in movies, general studies classes, and everyday life, yet Israel remains flat and above — or beneath — real debate.

Whereas flawed heroes, dramatic storylines, and, most importantly, character growth make Disney beloved of children and parents alike, Israel is absolved — or deprived — of such treatment.

Shouldn’t we take initiative to introduce and embrace Israel as a real place, both miraculous and imperfect, instead of waiting for our children to learn about it elsewhere? When our kids ask what’s happening in Israel, don’t we owe it to them to answer them like when they ask why Simba’s dad dies, or where babies come from? Don’t we owe it to them to honor their curiosity and not steer the conversation away, breathing a sigh of relief when they lose interest — or hope — in the discussion?

If we delay teaching about the “real” Israel until our children reach an arbitrary age, someone else will step in. We fail our children by not helping them find tools and resources to fill in gaps they already perceive, when we try to dictate, rather than listen to, our children’s understanding. Instead, we need to cultivate classrooms that are places of exploration and experimentation, where kids feel free to question Israel and the world, and consider how they might better their futures.

Disney shows us young children are capable of understanding complexity. We cannot portray the story of Israel as a binary picture of good and bad, heroes and villains. Our children’s worlds are complex, interesting, and up for debate. It’s time their Israel education catches up.

Hannah Tobin Cohen is a researcher at the Children’s Learning About Israel Project and director of marketing and design at a property company. She is a fellow of Newground: A Muslim-Jewish Partnership for Change, and the Teaching Israel Fellowship, and lives in Los Angeles with her Israeli husband, two elementary school children and a toddler.

What Disney can teach us about Israel: Our kids are ready for flawed heroes.