A summer of service — and your weekend reads 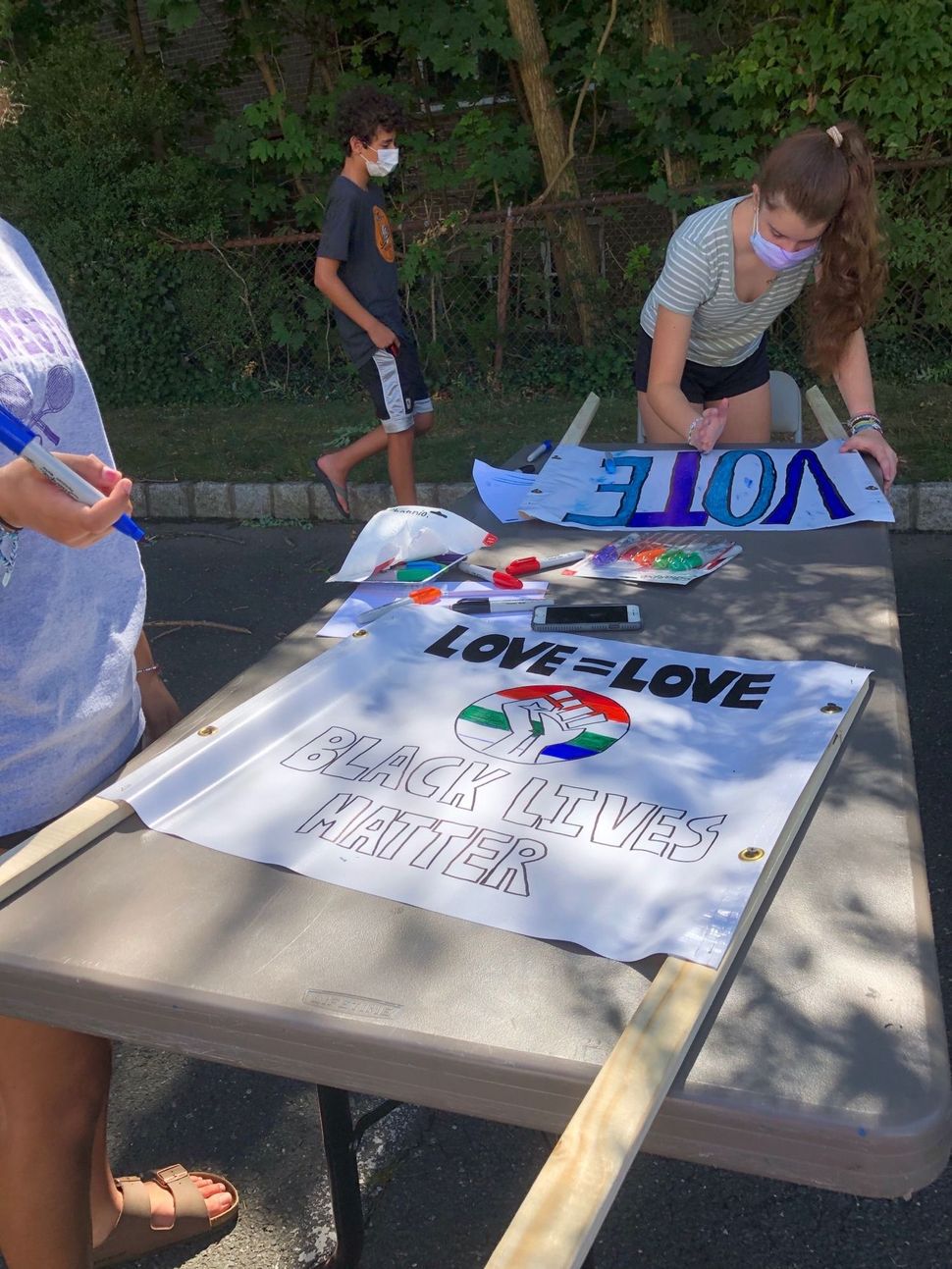 This is an adapted version of our Shabbat newsletter. Sign up here to get future editions delivered to your inbox on Friday afternoons.

This was the summer of canceled camp, thwarted travel, internships unwound. The pandemic left so many young people scrambling to fill their days. There were video games and backyard hangs. And there was also a lot of creativity and good works.

My synagogue, Temple Ner Tamid in Bloomfield, N.J., along with Bnai Keshet of Montclair, threw together an eight-week public-service training program for 48 high-school and college students or recent graduates. Probably similar things sprung up in many synagogues — and churches and other community institutions.

Since this one happened in my neighborhood, and was named for my friend Fred Pressman, a Tikkun Olam giant whose April death from cancer I wrote about in these pages, I asked some of the kids to reflect on the experience.

One had been planning to finish up a semester abroad in Argentina. Another intended to volunteer on a political campaign (and still did that, too). A third, Noam Brenner, had just graduated George Washington University, and had no real plan.

“I had spent the last few months in disarray as my final semester ended in a matter of moments,” he said. “My final spring break plans were erased, my final senior a capella concert was canceled, my final college ultimate-frisbee season had departed, and I would no longer be graduating on the national mall with all my friends and family.”

Noam and the others split into pods focused on racial justice, climate change, gun violence, immigration and electoral politics. They studied their issues from a Jewish perspective and met (virtually) with local leaders and activists, held signs under a train trestle in town. The older kids ran the pods, mentoring the younger kids; volunteer parents mentored the older kids. I asked a few of them why they joined the program.

“I had taken a class in college on social inequality and I got motivated to take action on the issues that mattered,” said Michael Gutterman, 19, a college sophomore.  “I’ve always been engaged in activism,” said 15-year-old Nicholas Baum, a 10th grader. Also: “I had nothing other to do” 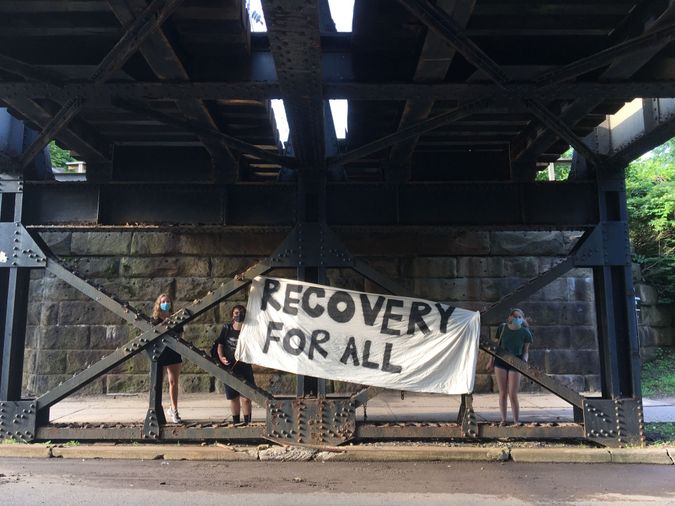 For Noam, the experience grew directly out of the Black Lives Matter protests he and many of his peers joined after the killing of George Floyd by Minneapolis Police at the end of May.

“At one local protest, one speech really spoke to me,” he recalled. “The organizer stated, ‘Protesting will only get us so far. You need to ask yourself. What are you doing here? What are you going to do with your anger? What are you here for? TO CHANGE THE SYSTEM.” I began to ask myself how I was really going to change the system.” He ended up leading the politics pod.

That group met with the assistant principal of Montclair High School to ask that students be given more information about how to vote. The immigration pod met with a rabbi from HIAS, the Jewish resettlement agency, and prepared a public comment on the recent asylum ban.

Ezra Rifkin, who is 20 and was supposed to attend an Autistic Campus Inclusion program in Washington this summer, instead interviewed lieutenants in the Montclair Police Department before a virtual town hall attended by our town’s mayor. 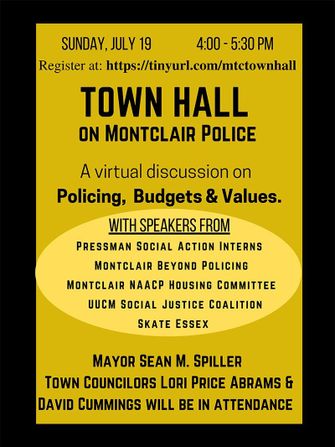 I asked what they learned about power and activism.

Nicholas: “I learned that power never exists on its own. It’s a relationship between individuals, groups, and institutions, purposely designated by all units of the relationship.”

Isabel Levine, who is 20 and a senior at McGill University: “I learned how important it is to be organized, in order to organize.”

Noam invoked a text from Proverbs (Mishlei 22:6). Hanoch la n’aar al pi darko — educate the child according to his or her path. “As I was mentored, I was the ‘child’ in the proverb, learning which path I needed to take,” he explained. “As I learned about leadership, I was educating and inspiring the members of my group to follow their own paths.”

There’s an essay on how Scooby Doo became TV’s most Jewish cartoon dog, and a riff on the Jewish history of weaponizing soup (thank you, President Trump). And don’t miss the latest Bintel Brief, in which our columnist advises on whether it’s OK to skip class (or work!) on Yom Kippur if you don’t observe the holiday.

For the sins you committed…

It’s the last weekend of this surreal summer: the high holidays approach. We’ve got this guide to how to get the most out of virtual services, and this new one on how to sing safely. And we’d love for you to join our “virtual tashlich,” in which we’re collecting individual, personal confessions on the model of our communal ”al cheit” from the Yom Kippur liturgy. Scores of readers have sent theirs already — a few are below. Add yours here.

Don’t be depleted! But do join me on Tuesday at 12:30 ET for a Zoom-versation with Michael Oren, the former Israeli ambassador to the United States, Knesset member and deputy minister in Prime Minister Benjamin Netanyahu’s cabinet.

It’s not about the news — Oren, a historian known for compelling narrative, has published a new book of short stories. Yes, Fiction is Stranger: register here.

A summer of service — and your weekend reads