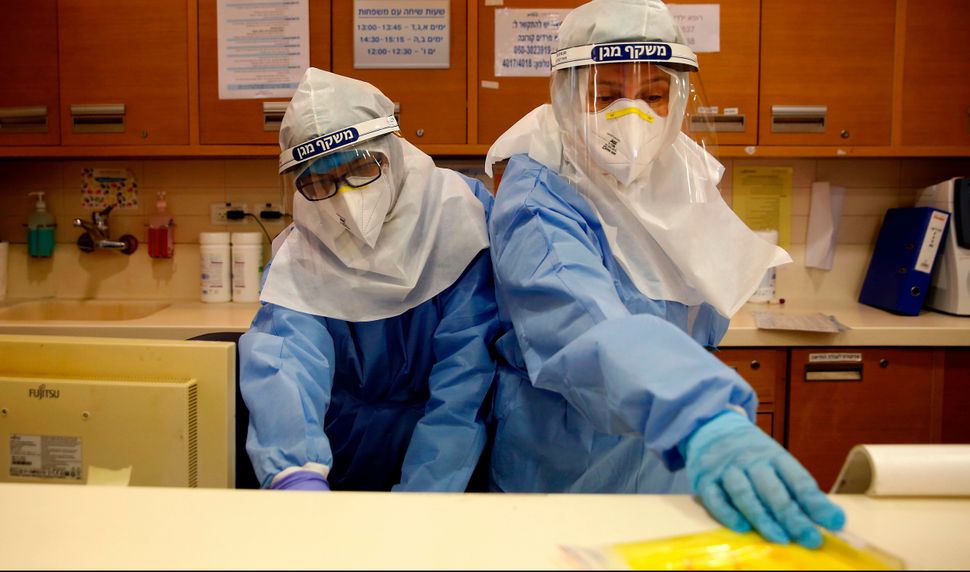 In recent weeks, Israel has gone from a Coronavirus success story to having the highest rate of infection in the world. In July, after months of successfully keeping cases and mortality rates down, the Israeli government was forced to close many of the country’s venues and businesses indefinitely in an attempt to control the virus’s deadly spread. With new infections skyrocketing, Israel now has over 135,000 cases, with more than 900 current hospitalizations and 1,031 confirmed deaths.

But this disastrous and devastating struggle with the pandemic has also given rise to something extraordinary: images of Arabs and Jews battling a common enemy as tens of thousands of Arab health care workers joined their Jewish colleagues in fighting Covid-19.

Arabs account for 17% of Israel’s doctors, 24% of its nurses, and 48% of its pharmacists. But the extent of Arab Israeli involvement in Israel’s medical industry is not something that’s often talked about — until now. Arab health care professionals fighting on the front lines of the pandemic have been celebrated in Israeli media, with images and videos often going viral on social media. 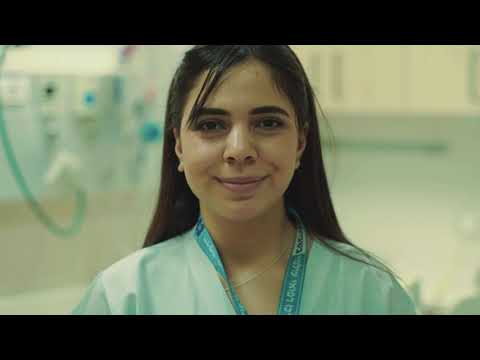 Besides demonstrating their readiness to stand shoulder to shoulder with their Jewish colleagues, the role played by Arab medical workers reflects another important reality: the growth of an Arab-Israeli educated middle class. In addition to medicine, Arabs are participating increasingly in the Israeli hi-tech sector. In 2008, there were only 350 Arab engineers in this field, all of them men; today, there are more than 6,600, a quarter of whom are women. While this still represents only 4.5% of all hi-tech engineers, the number of Arabs in this field is growing every year. Arabs are also playing leading roles in other areas of Israeli life, including law, diplomacy, academia, and public service.

At the same time, Arabs are showing a new willingness to become part of Israeli society. According to a recent poll, 75% of Israel’s Arab citizens now identify as Israelis, as opposed to Palestinians or Arabs.

The integration of Arabs into Israeli society does face powerful headwinds. The Nation-State Law, passed by the Knesset in 2018, made many Arab-Israelis feel like second-class citizens. Nevertheless, Israel’s Institute for National Security Studies argues that there is now a positive basis for the full integration of Arabs into Israeli society and an “end to exclusionary and racist discourse.”

But how can that be accomplished?

In fact, a number of Israeli NGOs have been working for decades toward this goal, often with direct government support. For example, while the Israeli education system segregates Arabs and different groups of Jews into separate schools, NGOs have created a number of integrated elementary schools. And just two years ago, an integrated high school opened that offers an international baccalaureate with a student body consisting of 25% Israeli Jews, 25% Israeli Arabs and 50% foreign students.

Other initiatives, likewise supported by the Israeli government, offer supplemental courses in science and technology for Arab high school students, as well programs to bring Jewish teachers into Arab schools to improve the Hebrew language skills the students need to succeed in Israeli universities. Other programs guide neighboring Jewish and Arab towns, which normally have no contact with one another, to cooperate in creating joint projects, such as soccer stadiums, art centers, and economic development zones.

Besides helping Arabs to achieve educational and economic equality, these programs – and many others that bring together Arabs and Jews for sports, hobbies, discussions, and various other projects – provide rare opportunities for individuals from separate communities to get to know one another.

All of these initiatives are aimed at creating a shared society. In 2017, Arab and Jewish civil society leaders, in consultation with government and other experts, put together a “Roadmap” of the steps needed in key areas – like economic development, land use, and education – to reach this goal. The success of similar road maps in other parts of the world like Northern Ireland, where shared societies have in fact emerged out of separate, insular, and often hostile neighboring communities, suggest some reason to hope.

Of course, the relationship of the Arab and Jewish communities within Israel is affected by the larger, seemingly intractable issues of the Israeli-Palestinian conflict. Hopefully, a road map can eventually be devised for that problem as well. However, in the meantime, projects to create a shared society in Israel deserve the bipartisan support of American as well as Israeli Jews.

Israeli military and intelligence officials have consistently favored initiatives to promote equality and co-existence between the country’s Arab and Jewish populations because of the obvious advantages for its security. Just as obviously, such initiatives deserve the support of anyone who favors social justice.

The joint efforts of Arab and Jewish medical workers in fighting the Coronavirus has produced an outpouring of good will. In a video produced by my own NGO, Givat Haviva, in partnership with the U.S. Embassy in Jerusalem, one can see and hear Arab and Jewish medical workers giving voice to the mutual feelings of unity, respect, and friendship that came out of their common struggle to defend Israeli citizens of all religions and ethnicities against this disease. 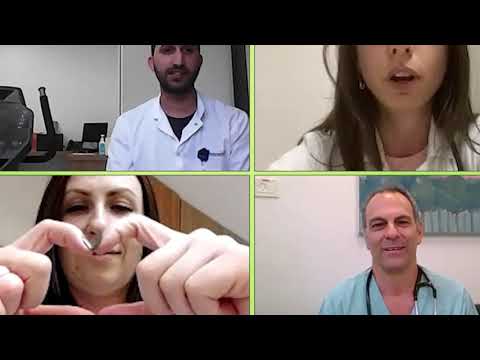 The service of Israeli Arab medical professionals, like that of their Jewish colleagues and other healthcare heroes around the world, has been laden with risk. Amnesty International has confirmed that worldwide, at least 7,000 health care professionals have contracted and died from Coronavirus while working to save those under their care. According to Israel’s Ministry of Health, 622 nurses, 289 doctors and 1,288 other medical personnel are currently in isolation after having been exposed to the virus. Though relatively few of Israel’s doctors and nurses have lost their lives to the virus, it is well established that medical professionals on the front lines fighting the virus have a high prevalence of depression, anxiety, insomnia, and distress. We should remember their sacrifice and keep in mind that not all scars are visible.

As Israel’s Institute for National Security Studies observed, the contribution that Arab health care workers have made to their country in its hour of need has created a unique opportunity. These heroes deserve not just our thanks, but our support for a shared society in Israel for the benefit of all its citizens. Now is the time for all of us who want to see Israel fulfill its destiny as both a democratic and a Jewish state, to chip in and make a difference.

Michael Blechman is the chair of Givat Haviva, the most veteran institution in Israel promoting reconciliation between Jews and Arabs.