The Uighurs are today’s Marranos. This year, Kol Nidre is about them. 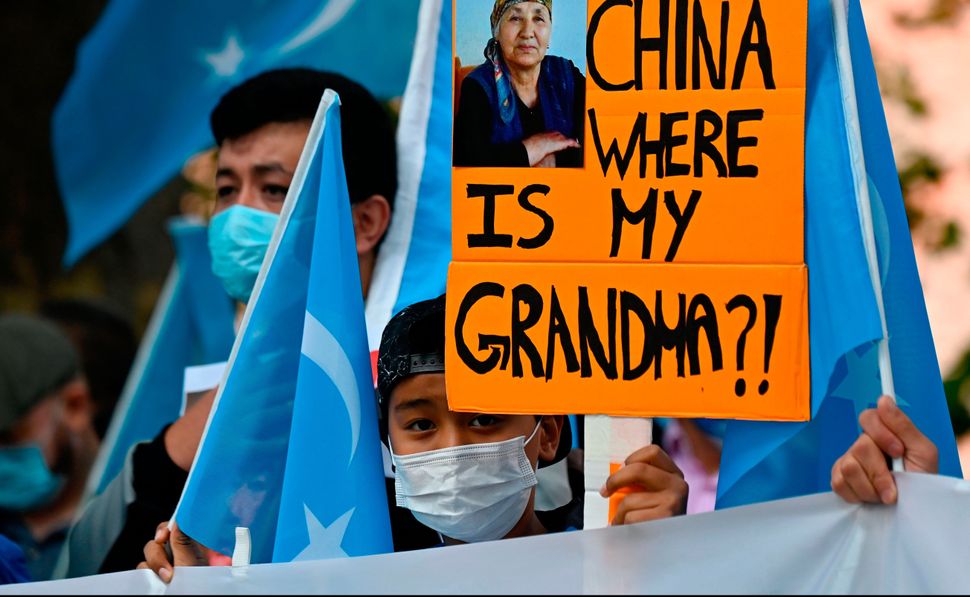 “From this Yom Kippur until the next, may [all vows] be deemed absolved, annulled, and abandoned.”

The uneasiness makes sense: Are we setting ourselves up to be absolved of breaking future vows?

In 1240, during a Christian-Jewish disputation, Nicholas Donin read the words of Kol Nidrei and argued that they demonstrated that a Jew’s word cannot be trusted. Jewish apologists responded that Kol Nidrei only annuls vows between man and God.

This defense resonates historically with some scholars, who claim that Kol Nidrei was born out of forced conversions of Spanish Jews by Christian Visigoths during the 7th century. These Jews were the first Marranos, Jews who openly accepted Christianity but in their hearts held on to the religion of their ancestors. When Yom Kippur came around, panged by their forced abandonment of the God of Israel, these Jews begged God to annul the vows they had made by the point of the sword.

After the Spanish Inquisition, a new generation of Marrano Jews secretly celebrated Yom Kippur, each year pleading for the annulment of their vows against the religion of their increasingly distant great grandparents.

But there is a tension here between historical fact and moral narrative: In the generations following the Inquisition, Marrano Jewish identity largely withered away. While in our collective consciousness, Kol Nidrei represents bold resilience in the face of genocidal repression, the grandchildren of those who actually had to pray in secret were unlikely ever to say it.

We, on the other hand, are blessed to live at a moment when we can keep our vows, as a people largely free to worship without religious persecution.

And still, from this place of freedom, the very first matter we attend to on the holiest night of the year is annuling our freely-made vows, as though we cannot even begin to worship until we have acknowledged the possibility that we might not be able to fulfill them.

This practice is not simply an anachronism. Jewish memory is a living and binding consciousness, combining the historical facts and moral narratives of the past to create ethical obligations on the present. And in this case, remembering the Marranos’ persecution is a precondition for recognizing our own freedom — for acknowledging our ability, and thus our responsibility, to deliver on the commitments we made when so many others cannot.

This year, our memory directs us to an area of northwest China known to the Chinese government as Xinjiang, and to many locals as “East Turkestan.” There, the predominantly Muslim Uighurs along with other Turkic ethnic groups are facing a cultural and physical genocide. The Chinese government has forced at least one million Uyghurs into concentration camps and has carried out organ harvesting and forced sterilizations. They have also been stripped of their ability to practice their religion and have become conversos to the CCP’s ideology of “Socialism with Chinese characteristics,” and to an increasingly dominant Han Chinese culture.

Chinese officials quarter in Uighur households to stifle their religion and culture within the privacy of the home. They cannot give their children Muslim names, their mosques have been torn down, and their prayer forbidden. Their beards have been forcibly shaved and within the camps they have been forced to eat pork and drink alcohol.

Most poignant for us to think about this Yom Kippur, they have been banned from fasting on Ramadan.

Unlike the Jews who faced forced conversion during the Spanish Inquisition, the Uighurs have no Italy or Portugal to flee to; they live in a technologically advanced Orwelian police state which makes it near impossible to practice their religion in secret.

This Yom Kippur, while you pray the Kol Nidrei, we humbly submit to you two requests. We ask you to engage with Jewish memory, to consider the Marranos of sacred Jewish past who fought with resilience to preserve their religion, but whose lack of religious freedom was a precursor to their tenuous hold on their own Jewish identity.

Allow the past to stir your mind to the present, to those whose own service of God is obstructed today, who are enduring both unthinkable physical abuse and are forced to contravene their culture and beliefs.

And having internalized the ethical obligations that such a consideration inevitably makes on a person, we ask you to join us at the Jewish Movement for Uyghur Freedom to fight for these modern Marranos in flesh and blood. Commit yourself to the restoration and the protection of their cultural-religious and physical freedom.

JMUF is an international and multi-denominational Jewish movement seeking to organize Jewish communities around the world to take action against the Chinese government’s ongoing genocide of the Uighur and other Turkic peoples in the Xinjiang/East Turkestan region. Our mission is to recruit, connect, and support Jews in their individual and collective efforts to share in calls to action, assist Uyghur-led civil society efforts, enlist Jewish solidarity toward political action, and build ties between our diaspora communities. You can visit our website to learn how to contact your representatives to support the critical legislation of the Uyghur Forced Labour Prevention Act, find out about our own initiatives, and join our growing movement.

The Uighurs are today’s Marranos. This year, Kol Nidre is about them.