American Jews craving revolution: Move to Israel and be its leaders 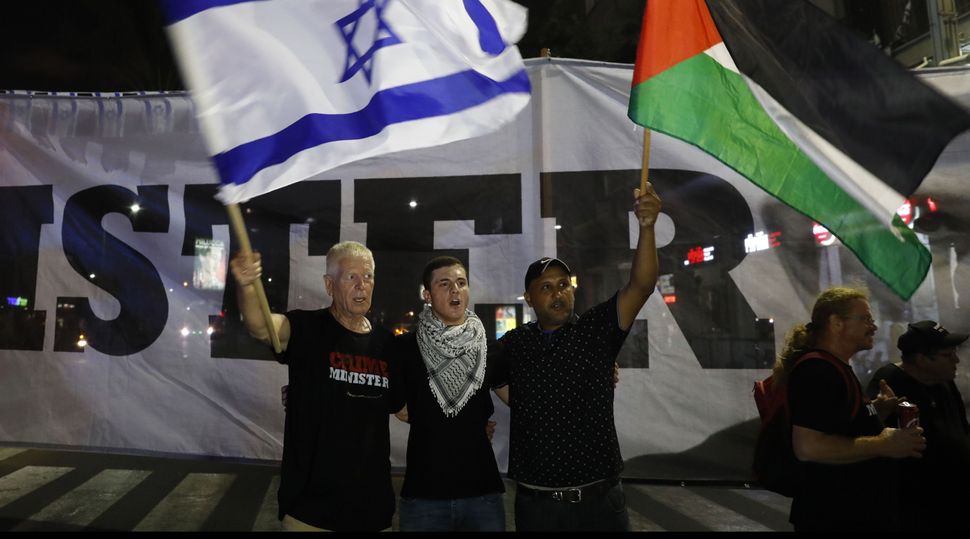 President Trump recently offended many Jews (including this Israeli-American one) when he told American Jewish leaders in a pre-Rosh Hashanah call, “We love your country also.”

America, not Israel, is the country of American Jews. Israel may be the spiritual homeland for Jews around the world, like the Vatican for Catholics or Mecca for Muslims. But as long as American Jews identify, vote, and live their lives as American Jews, Israel is not their country no matter how much they may love it.

But that doesn’t mean it couldn’t be.

It’s something American Jews seem to be wising up to. Even though Aliyah was down this year compared to previous ones, there is now a massive spike in interest in Aliyah from North America. It’s not surprising; despite Israel’s current pandemic woes, we’re ranked 12th in the world for life expectancy, and according to Israel’s just-released yearly census, 92% of Israeli Jews are happy with their lives, as are 76% of Israel’s Arab citizens.

But the reason American Jews should be moving to Israel is not only for their health and happiness. It’s because as American Jews, you care deeply about Israel and the future of the Jewish people. And you could finally have your say on the issues you care most about, and even get your way on more than a few of them.

You probably don’t know how deep an impact a relatively small number of American Jews could have on Israel. That’s because American Jews are widely ignorant about the lived experiences of their Israeli counterparts. Just as Israelis are clueless about Diaspora Jewry’s daily struggles with antisemitism, Diaspora Jews are in the dark about our daily struggles in Israel.

What American Jews seem most interested in when discussing Israel is the Palestinians, the Palestinians and the Palestinians. Few seem aware that Israelis rarely see the occupation unless they’re doing army service or actually live in the West Bank. Even the topic of annexation, which captivated American Jews to the point they wrote Op-Eds in Israeli news sites begging for it not to happen, polled at only 4% in importance to Israelis.

American Jews are obsessed with the Palestinian conflict, and oblivious to everything else. You don’t seem to know much about Prime Minister Benjamin Netanyahu’s systemic attacks on our judiciary to finagle a Get Out of Jail Free card, for example. Or that we haven’t had a budget in over a year due to Netanyahu’s political shenanigans, meaning the government is dealing with the pandemic by throwing money at it month-to-month, without any idea where the money is coming from or how it will be paid for tomorrow.

American Jews don’t ponder that Israelis celebrated Rosh Hashanah by heading into another economically devastating nationwide lockdown that will wipe out any hope of prosperity for a large portion of Israel’s next generation, not to mention wiping out the last bit of hope for the current generation struggling to stay above water.

Nor do you pay much attention to the fact that our once-strong economy is in danger of having its credit rating downgraded, making the government’s current borrowing to keep the lowest-income Israelis afloat that much harder to achieve let alone sustain. And you certainly don’t understand that all of this stems not from economic woes but the political instability feeding, even creating them.

The truth that our American Jewish brothers and sisters are ignorant of is that we are at a somewhat terrifying crossroads in Israel, created by politics.

Never has this been clearer than in recent weeks when a badly needed local lockdown in the cities hit hardest by coronavirus infections — the ultra-Orthodox and Arab-Israeli communities — was downgraded to a meaningless curfew which was never enforced in any meaningful way.

The reason this happened is simple: Two Haredi political parties threatened to bolt the government coalition, which hangs by a thread that is constantly unraveling. And this lead our dear leader to put his personal political priorities ahead of the health of Israeli society.

This doesn’t interest you. But it should, for it is the reason you America Jews have more potential political power in Israel than you could ever imagine.

If 20% of American Jewry, just over a million American Jews, would give up trying to fix a country with 330 million citizens and choose to move to Israel with all their political and economic might, they could tip the coalition any way they wanted.

If you convinced a big group of your fellow American Jews to make Aliyah, you could separate all matters of religion from state. You could bring equality to the Kotel, recognize every type of marriage, and give whatever you wanted to the Palestinians you can’t stop talking about.

Your political power would be enormous. Every party would court it.

In fact, they already are, after a new poll of Anglo Israelis showed 36% percent concluding “we must organize politically.”

As American antisemitism rears its ugly head growing louder by the hour, American Jews have a historically tantalizing choice before them: Continue to participate in a country’s politics that are looking eerily similar to Germany’s in the 1920s, or claim their right to vote in a country — your country if you want it — and participate in writing the greatest chapter of Jewish history since the fall of the Second Temple.

Israel is teetering. The societal walls are crumbling along with the economy. You have the power to fortify its foundation, or renovate it to your liking, with just 20% of American Jewry making Aliyah. And if 40% of you come, we could take over the whole damn thing.

Yoni Leviatan is an American-Israeli musician, producer and marketer who made Aliyah to Israel in 2009, where he currently resides happily in Tel Aviv with universal health care and year-round Vitamin D.

American Jews craving revolution: Move to Israel and be its leaders