So someone you hate is sick. What Jewish tradition says about praying for them. 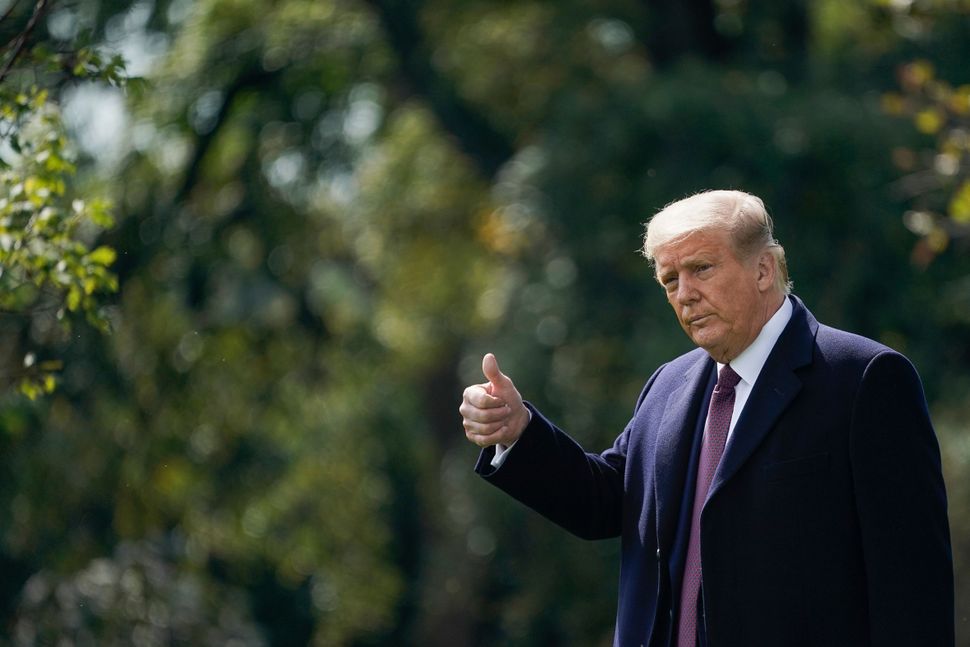 So, you found out someone whom you detest is sick. Maybe it’s a political opponent. Maybe it is someone who you think is downright evil. Maybe they’re sick with COVID-19 or maybe it’s the flu. Or maybe it was just some bad sushi. Regardless of who is sick or what they’re sick with, if it’s someone who you detest, you’ll be faced with a choice: Should you pray for their recovery? Or can you sit this one out and, given your severe distaste for the person, let the illness run its course?

But does the obligation to tend to the sick apply to those you hate? Rabbi Moshe Issereles (1530-1572), known by his acronym Rama”h, cites two opinions in his classic codification of Ashkenazic Jewish law. Some say that you can tend a sick enemy, he writes. “This, however, doesn’t appear cogent to me,” the Ramah goes on, for the simple reason that a person visiting an enemy while that enemy is sick could give the appearance of gloating, “and this would only bring more pain.” The Rama”h recommends abstaining from such a visit.

But not everyone agrees with this ruling. One commentary on the Ramah, Rabbi Shabtei HaKohen, known as the Shach, makes an important distinction: “You may attend an enemy’s funeral, since no one would suspect such a person of gloating, since this is how all lives end.”

It’s a haunting consideration, even if in practice we’ve seen people sink to lower levels of human decency and graciousness than the Shach could imagine. Underlying this distinction is a hopeful acknowledgment that the great equalizer — death itself — would prevent someone from having (or being perceived to have) some sense of glee at another’s death. Still, the Shach concludes, “it all depends on the level of hatred.”

Indeed, as our contemporary discourse has reminded us, hate will find a way.

Can’t we ever pray for evildoers to die?

One Talmudic story tells of a Rabbi being persecuted by a heretic. The rabbi, intent on cursing the heretic and ending his misery, stayed up all night waiting for the precise moment a prayer for the heretic’s death would be assured to be effective: the moment each day when God is angry. The moment came, the Rabbi fell asleep. “It’s not proper conduct,” to discharge such dastardly prayer. “His mercy is over all of his creations,” (Psalms 145:9), the Talmud concludes.

Of course, someone actively murdering people, like Hitler, for instance, can be stopped at any means. In a 2017 essay, Yuval Harari, a professor at Ben Gurion University of the Negev, recounts a 1942 plot by Jerusalem Kabbalists to assassinate Hitler through prayer. But the focus of the prayers seemed to be less about retribution and more concerned with stopping the organized execution of the Jewish people. There’s a difference: We don’t ask God to punish evildoers, but we can pray to God to stop evil.

In a fascinating series of responsa, a witness of Hitler’s evil, Rabbi Menashe Klein, contended with the idea of cursing or praying for our enemies to die. Rabbi Klein (1924-2011) was a Hasidic leader known as the Ungvarer Rebbe who survived Auschwitz along with his lifelong friend Elie Wiesel. Generally, the responsa of Rabbi Klein, titled Mishneh Halachos, are not known for being moderate. His rulings were sometimes seen as overly strict, even in the Orthodox community. Some derisively called his work, Meshaneh Halachos — the Changer of Jewish Law. But his collected writing about cursing and praying for those you hate are quite emphatic in their radical empathy.

Learning to expand your sense of love and empathy for others, especially those who rightfully deserve retribution, does not come easily. “A lot, a lot, a lot of energy I have expended in this characteristic,” writes Rabbi Klein.

Rabbi Klein lived through unspeakable horrors. But maybe that is what gave him the strength to be so adamant about choosing empathy over hate.

Prayer is a reflection of our deepest sense of values and ideals. And after living in a world with so much hate and pain, Rabbi Klein insisted that our prayers should only be used to cultivate more spirituality and love in this world.

Prayer is how we fashion who we are as individuals and as a society. And this world needs more prayer.

Let’s pray together for healing.

David Bashevkin is the director of education for NCSY, the youth movement of the Orthodox Union, and the author of Sin·a·gogue: Sin and Failure in Jewish Thought. You can find his narishkeit on Twitter @dbashideas.

So someone you hate is sick. What Jewish tradition says about praying for them.