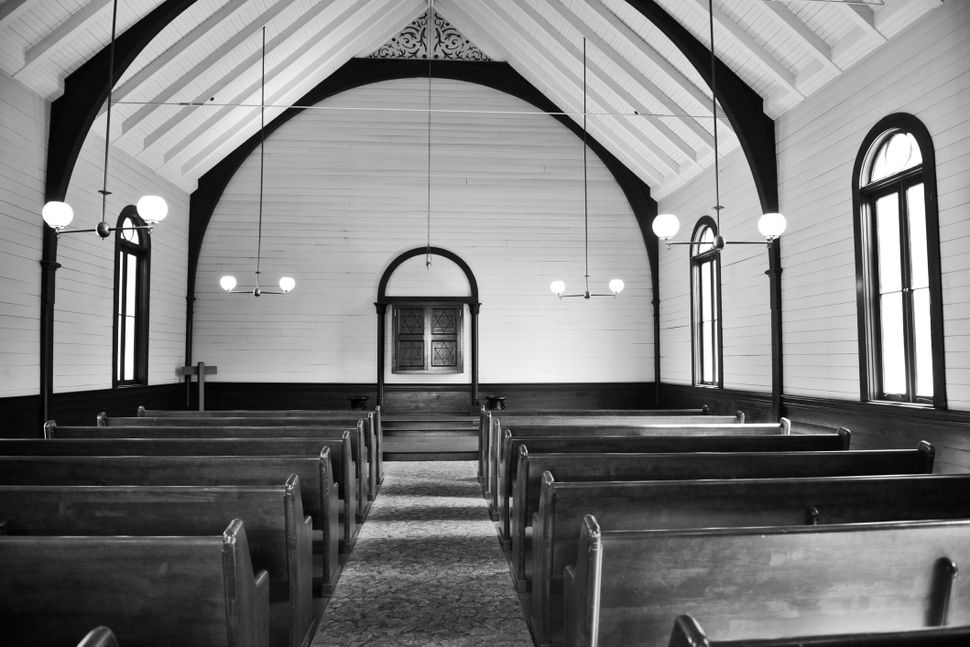 We closed in March while other synagogues were waffling. When allowed to reopen, we adhered strictly to limits on numbers of worshippers. We masked, measured, and distanced, in contradistinction to other congregations in our area.

But we have the mazel to be in a red area, so now we must limit our services this Sukkot and Simchat Torah to 10 people, while other, less careful synagogues will have larger services — all because of a line drawn on a map.

But we’ll do it anyway.

Governor Cuomo did not reveal his plan to the religious leaders with whom he spoke on Tuesday. That’s why he was able to say at his press conference that the meeting was positive.

What he did was dishonest. But we will obey nonetheless.

We won’t listen in order to avoid a fine. We won’t obey to avoid getting closed down totally. We will listen because lives are at stake.

When people are getting sick and dying, you help in any way you can. You accept flawed, unfair solutions. You make sacrifices. You even overlook dishonesty. You think less about your own and more about others.

I am a teacher at the SAR Academy in Riverdale, the first school that closed in March because of the New Rochelle parent who was the first known COVID case. I saw then and now at SAR the kind of sacrifice that I am describing.

But there is another reason to obey: because frankly, the Jewish community has not done its share thus far.

Of course, Jews are not the only ones. But we have stood out as the maskless, the non-distanced, the violators of scientifically sound, life-preserving regulations.

It doesn’t matter that protesters did the same and were given a pass. We should have known better.

It doesn’t matter that other groups had unsafe gatherings, that college students ran parties off-campus. We should have been better.

Our actions, and by that I mean the Jewish community as a whole, stood in contrast to our mission to sanctify the name of God. In the same season that we beat our breasts for the sin of profaning His name, we were causing even greater profanation.

The Jewish people is not monolithic, many of my friends will argue, and this is something the press and the government often fail to realize. The Yiddish-blaring sound trucks in my English speaking community may not have been the pinnacle of cultural understanding. My Modern Orthodox congregation is drastically different from the Haredi communities accused of spreading the virus through lax behavior.

One block from my house, the vast majority of the American born, English speaking young families cannot understand the need to be careful. They have bought into the President’s narrative and feel that the concern is uncalled for.

But even if we were able to point at one segment of the Jewish people as the culprits, that’s not the way it works. All Jews are responsible for each other.

True, I wrote a post pleading with Jews to mask and distance. That post garnered perhaps a hundred likes. But what about the thousands of Jews who never saw it?

Even the local Rabbinic Organization could not achieve consensus to send out a strong statement… until the Mayor and the Governor got involved.

The Talmud says that all the Prophets and Prophetesses of Israel could not prevail upon our people to repent until King Ahasuerus of Persia removed his ring and gave Haman the right to destroy them. Is that where we still are? Do we need governmental officials to force us to do what we should have been doing all along?

So my congregation will meet in groups of 10 men this holiday. We will try to find ways of including women that will be within the law. It won’t be because we were personally guilty, nor because we fear the heavy arm of the law. It will be a step towards repairing the desecration of God’s name that we did not prevent from happening.

Rabbi Moshe Rosenberg is the Rabbi of Congregation Etz Chaim of Kew Gardens Hills and teaches at the SAR Academy in Riverdale. He is the author, among other books, of The Unofficial Hogwarts Haggadah. His newsletter is Rabbirosenberg.substack.com.