Why the UAE deal is not ‘peacemaking’ 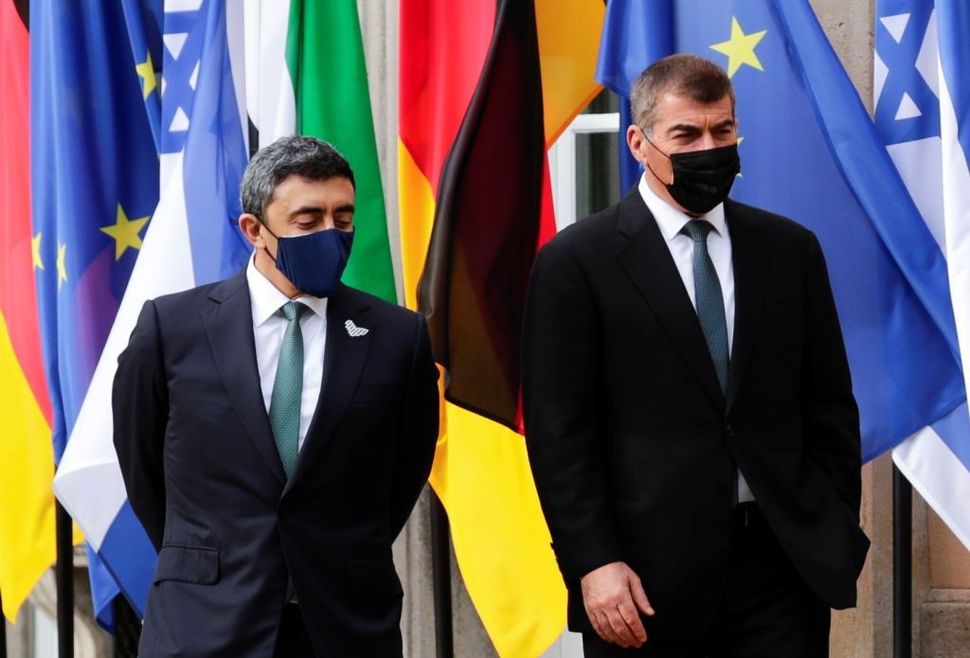 In the Sermon on the Mount, Jesus taught his disciples, “Blessed are the Peacemakers, for they will be called children of God.” Christians tell this story over and over again in churches across the globe. And yet, so often, what is called peacemaking in the political world leaves peace far away and on the distant horizon.

Israel’s normalization agreements with the United Arab Emirates and Bahrain, which its Parliament is scheduled to approve on Thursday, was termed “peacemaking” by the Trump administration that mediated it, and all involved seek credit for being peacemakers. In reality, these deals could lead to increased arms sales, more violence in the Middle East, and the perpetuation of the ongoing military occupation of the Palestinian people.

Neither the UAE nor Bahrain, which only gained independence from the United Kingdom in 1971, have ever been at war with Israel.

Both nations did, however, join the Arab League’s boycott of Israel. Both also developed secret ties with Israel over the past decade, and the present normalization can be seen as formalizing those ties.

The UAE has championed tolerance for the past few years, allowing Jewish synagogue and Christian church services, and calling for a global “Abrahamic” dialogue of Muslim, Jewish and Christian religions. The world paid attention when His Holiness Pope Francis made a historic visit to Abu Dhabi and stated that violence should never be justified in the name of religion.

But the same UAE is heavily involved in two wars, in Yemen and in Libya, and in both has a well-earned reputation for violence and violating the human rights of civilians. Human-rights organizations like Human Rights Watch and Amnesty International have also documented abuses within the UAE, including harassment, detentions and imprisonment of dissenters; mistreatment of minority groups based on gender and sexuality; and limiting access to activists and international human rights groups.

Bahrain, for its part, has a Sunni minority ruling over a Shia majority, often with brutal repression of Shia seeking religious and democratic rights.

Israel, meanwhile, has occupied the West Bank and East Jerusalem for more than 50 years. Despite evacuating its settler population from the Gaza Strip in 2005, Israel continues to control travel and trade to the area, which is on the brink of full-fledged humanitarian crisis.

We must encourage nations without formal relations to engage in constructive dialogue. Diplomacy, and not continued impasses between nations, will ultimately help bring us closer to the peace the world so desperately needs. But any “peace deal” must be measured by whether or not it will actually contribute toward ending injustice and creating structures where all involved, especially the most vulnerable, can flourish.

Unfortunately, the deals between Israel and the UAE and Bahrain will not. The failure of these two agreements to confront the ongoing Israeli occupation of Palestine, as well as the human-rights violations of the UAE and Bahrain, make it impossible to say these deals will bring peace.

The two normalizations greatly set back the prospect for peace between Israel and the Palestinians by the very fact that they fail to truly acknowledge Israel’s ongoing occupation of the West Bank and closures of the Gaza strip. While the agreement did include an Israeli promise to “suspend” formal annexation of large parts of the West Bank, it is not clear how long this will last.

And while formal annexation is on hold, home demolitions, land confiscation and other forms of Israeli oppression in the West Bank have only increased since the two normalization deals were announced.

Certainly annexation would be a disaster for Palestinians, and in the long run for Israelis too, as it would entrench the occupation still further and preclude a viable Palestinian state. On the other hand, the continuing occupation without formal annexation is certainly not peace. It is brutal for Palestinians and Israelis, in different ways.

The question is whether the normalizations could be a catalyst for new opportunities for peacemaking — or whether they will build Israeli resistance to any concessions to the Palestinians. It is up to us as peacemakers and advocates to work for a future in which all people in the Middle East will have full equal rights.

Israelis, Palestinians, Emiratis and Bahrainis, as well as the rest of us, are all children of God. While the current normalization deals leave prospects for peace largely wanting, this doesn’t mean we should not use this opportunity to call attention to what really makes for peace — equality, human rights, and just resolutions to conflict including an end to the occupation of the Palestinian people.

Israel has in these deals an incredible opportunity of building economic and diplomatic ties with other Arab nations. May this be done in a way that does not further subjugate Palestinians and truly makes for peace. For that is the work the children of God are called to do.

Rev. Dr. Mae Elise Cannon is the executive director of Churches for Middle East Peace in Washington, D.C. Her most recent book “Beyond Hashtag Activism: Comprehensive Justice in a Complicated Age” addresses issues of race, poverty, gender, and 21st century divides including the Israeli-Palestinian conflict.

Why the UAE deal is not ‘peacemaking’