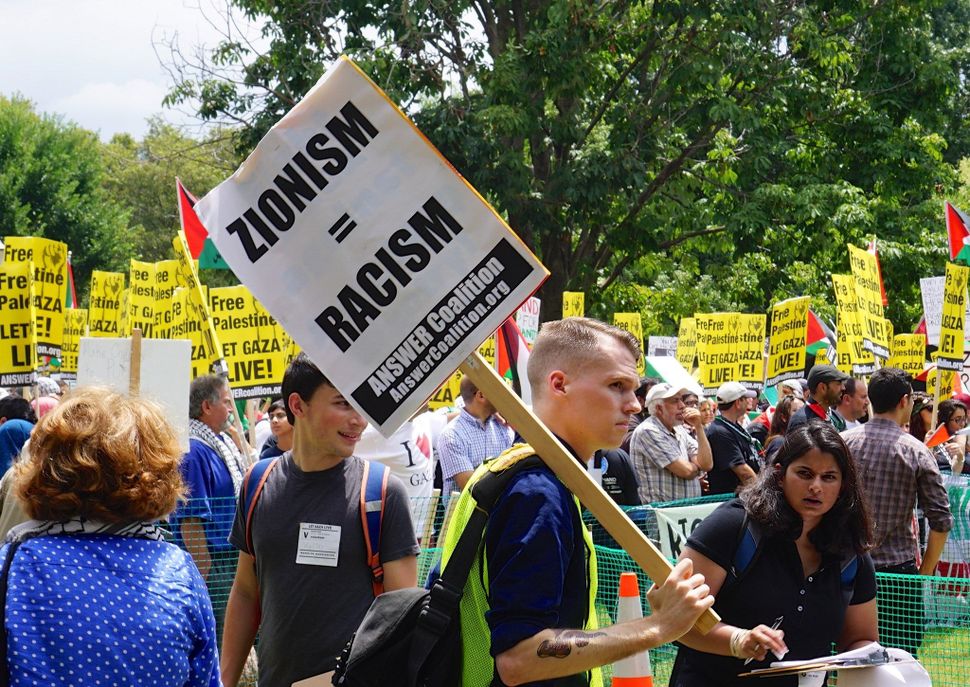 Even on COVID-closed college campuses, some students continue to find ways to harm one another. Recently, anti-Jewish and anti-Zionist incidents have been cause for alarm. A recent move by the Education Department to change the guidance on reporting campus antisemitic vandalism is good, but there is still much more to do.

At the University of Delaware, an arsonist set fire to the Chabad Center in September, causing $200,000 in damage. At the University of Southern California, a student-government leader represented by the Louis D. Brandeis Center for Human Rights Under Law resigned her post in August under pressure from anti-Israel activists who had vowed to “impeach her Zionist ass.”

Hillel International recently reported a record high of 178 antisemitic incidents during the 2019-2020 academic year at the 550 North American colleges where it operates. More broadly, the Anti-Defamation League said in its most recent report that there were more antisemitic incidents in 2019 than any year since ADL’s tracking began in 1979.

Fortunately, institutions have begun taking serious measures to address this. This summer, Florida State University became the first American campus to adopt the International Holocaust Remembrance Alliance’s definition of antisemitism. This was a critical step, because in order to combat this ancient bigotry, officials must learn to define and recognize it.

In late September, the U.S. Department of Education’s Office for Civil Rights, where I worked as assistant secretary from 2018-2020, required New York University to adopt that same definition as part of its anti-harassment policy. This was a natural outgrowth from last year’s Executive Order on Combating Antisemitism, which directed federal agencies to use the IHRA definition as well. I left the office this summer to return to the Brandeis Center and to give the fight against campus antisemitism the focused legal attention that it requires.

It is good that federal regulators and some college and university administrators are responding to antisemitic incidents as they occur, but it would be better if they took more pro-active steps to prevent such things from happening.

One such step would be for federal officials to urge all colleges and universities to follow NYU and Florida State’s lead, incorporating the IHRA definition into their policies and procedures. The United Kingdom moved in early 2020 to compel its colleges to do so, and a fifth of them have complied so far.

It would also help for our Education Department to issue formal regulations implementing the executive order to give it durability. The government has indicated that it plans to do this, listing such regulations in its unified agenda and regulatory plan, but the Department has not yet issued a notice of proposed rulemaking. Given the Department’s limited regulatory bandwidth and substantial to-do list, it is clear that the Department will not be able to accomplish everything it proposes by the end of the current presidential term. The Department must prioritize these regulations or they will not get done.

Beyond ensuring that antisemitism is properly defined, regulators must properly monitor it and report it to the public.

A recent Forward investigation revealed that colleges have systematically underreported anti-Jewish hate crimes. This was at least partly due to vague and misleading provisions in the Education Department’s Handbook for Campus Safety and Security Reporting. University officials told the Forward) that this handbook prevented them from reporting swastikas and antisemitic slurs at Bowdoin College (“Heil Hitler”) and Temple University (“Fuck you, Jews!”).

This month, the Education Department responded to criticisms by rescinding the Handbook, replacing it with a short, vague, and non-binding appendix. Colleges are now being told that they may voluntarily comply with the discredited handbook. This hardly solves the problem.

Now, colleges have essentially no guidance on the applicable reporting requirements. Education and Justice should provide better direction, at a minimum making clear that swastikas and such slurs are antisemitic and should be reported to the federal government when they appear in vandalism or other crimes.

The Education Department also has to stop exacerbating the problem. For years, commentators have complained that campus climates are worsened by federally funded Middle East Studies programs created in response to Title VI of the Higher Education Act.

That provision was intended to bolster U.S. defense and intelligence capabilities by fostering a pipeline of multilingual college graduates. In recent years, however, these programs have focused less on language than on culture and politics. Worse, their politics has often been monolithically anti-Israel, arguably to the point of indoctrination.

During the last reauthorization of the Higher Education Act in 2008, Congress required such programs to provide “diverse perspectives” and a “wide range of views” in order to receive Title VI grants. Unfortunately, the Education Department never gave this requirement teeth. In recent years, Department officials have only addressed the requirement through ad-hoc investigations. If the Department is serious about reform, it should issue formal regulations.

Finally, the government must acknowledge that campus climates are sometimes worsened by foreign funding. Only in the last year have officials even acknowledged that Saudi Arabia and Qatar are infusing hundreds of millions of dollars into American universities. There is, at a minimum, an appearance that this funding translates into anti-Israel academic programming and then, predictably, into toxically anti-Jewish atmospheres.

Universities have failed to disclose vast sums of such financing, despite federal rules requiring it. Federal regulators have recently exposed universities for such violations, chastising them with angry letters and intensive investigations.

This is helpful, but also relatively weak. If our government is serious about addressing this abuse, it should fine lawbreakers for their failure to provide mandated disclosures. Given the hundreds of millions of dollars involved, requiring institutions to disgorge even a percentage of illicit funds would curb the practice.

Federal efforts to date have been helpful but incomplete. Some, like the Executive Order, have been enormously important. Their ramifications are still unfolding. Others have been more incremental.

What is needed, however, is a comprehensive approach. This must include energetic administration of the executive order, proper guidance on reporting, greater inclusiveness in Middle East studies, and appropriate transparency for foreign funds. Otherwise, when college campuses fully open, the situation for Jewish students will only worsen.

Kenneth L. Marcus is founder and chairman of The Louis D. Brandeis Center for Human Rights Under Law and served as Assistant U.S. Secretary of Education for Civil Rights (2018-2020).