There are few issues that have inflamed relations between Blacks and white Jews more than affirmative action. As Californians vote — yet again — on whether to allow the use of racial and ethnic preferences to guide admissions to its vaunted public university system, we are in danger of over-rotating and further dividing groups that should naturally be allied.

A nuanced and complex issue involving access to higher education has been reduced by proponents of the ballot measure known as Proposition 16 to ads decrying those who oppose it as the equivalents of the neo-Nazi marchers in Charlottesville.

The pro-Prop 16 campaign’s momentum is fueled in part by the racial reckoning that has taken hold in California and across the country over the last six months. Between the coronavirus’s far harsher impact on Black and Latino communities and the outrage over the police killing of George Floyd and other unarmed Black men, there is a new and needed consensus that race, diversity, and inequality need more urgent attention.

But backers of the proposition have drawn the wrong conclusions about California’s admissions experience in recent decades, ignored available data, and are advocating bad public policy.

Prop. 16 is framed as promoting “fairness, justice and equality,” but it would actually turn the clock back on the University of California, which has become the nation’s model for advancing poor kids of all races and ethnicities.

The ballot initiative would repeal Proposition 209, which was adopted in 1996 with 54% of a statewide vote. Prop. 209 changed California’s constitution to make it illegal for any state or local government entity to “discriminate against, or grant preferential treatment to, any individual or group on the basis of race, sex, color, ethnicity, or national origin.” Prop. 16 would simply eliminate that constitutional ban on discrimination/preferential treatment.

The campaign for Prop. 16 has been laced with inaccurate and inflammatory allegations that are belied by even the most cursory examination of the admissions data published by the University of California.

Contrary to the claims of Prop. 16’s supporters, the university system’s nine campuses are not less diverse than they were when Prop. 209 was adopted. Just the opposite: 77% of U.C. students in 2020 are nonwhite, according to the undergraduate admissions summary, compared to 52% in 1994.

Nor have the campuses abandoned “targeted outreach” for under-represented minority high schoolers, as the California legislature claimed; instead, admissions officers have developed race-neutral methods to achieve a diverse student body while maintaining academic excellence. Indeed, four U.C. campuses are ranked among the top 10 public universities in the country.

Since the size of the university system has grown enormously over the past quarter century, the actual number of minority students admitted also skyrocketed, to 60,996 in 2020 from 39,609 in 1994, a growth of about +34%.

The only data the proponents can point are the static African-American admissions to UCLA and Berkeley.

Despite a dip after the adoption of 209, both schools have been statistically stable after the schools adjusted to the new color-blind rules (UCLA has remained at 6% African American admits from 1994 to 2020; Berkeley went from 6.4% in 1994 to 5% in 2020, a decline in real terms of 213 Black students. The six other U.C. schools have more than doubled their African-American admittees since racial and ethnic preferences were banned in 1996 (5,369 Black students in 2020, more than twice the 2,203 Blacks admitted in 1994 — plus another 1,259 admits to U.C. Merced, which did not exist back then.

Richard Sander, a professor at UCLA’s law school, has observed that Prop. 209 helped boost the academic preparation of minority students, who now have higher graduation rates at the U.C.s than the minority students admitted prior to 209.

Over the past 20 years, the U.C. system has spent more than $500 million to diversify its student body by focusing on disadvantaged youth who are, predominantly, Latino and African American. These efforts include outreach programs, identifying potential recruits and mentorship programs.

If diversity is broadly defined to include socio-economically disadvantaged students and “first in the family to attend college,” the University of California is the nation’s leader.

A New York Times article found that in the entire country, six of the top 10 schools that “are doing the most for low-income students” are U.C.s: Irvine, Davis, Santa Barbara, San Diego, UCLA, and Berkeley. In the Times’ words, the university system is an “upward-mobility machine.” In 2016, the Los Angeles Times found, the university campuses achieved “their most diverse freshman class ever.”

This year, 45% of the first-year students at UC campuses are the first in their family to attend college and 44% of the class is made up of low-income students. The U.C.s are not elitist enclaves — they are, in fact, the model of diversity in its broadest sense, one that other universities and colleges should aspire to.

Given this data, Prop. 16 aims to fix something that isn’t broken. And in the process, it might undermine what the U.C.s have achieved over decades.

It will allow race and ethnicity back inthe admissions process, a profoundly divisive issue; it will inevitably reduce the percentage of Asians admitted because they are the only over-represented group; and it will force Jews, and others who historically have been committed to merit-based admissions, to stand apart from long-time allies who advocate the removal of a ban on discrimination from the California constitution.

The appropriate response to the racial and ethnic concerns that have been raised this year is to focus on the myriad issues that actually need addressing, not undermining policies that have yielded unprecedented results without resorting to divisive and suspect racial and ethnic preferences.

David A.Lehrer is the president of Community Advocates, Inc., an organization advocating innovative approaches to civil rights and civic issues. 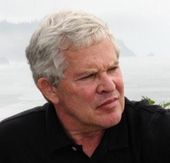