I worked for Joe Biden. Here’s what he really thinks about Israel. 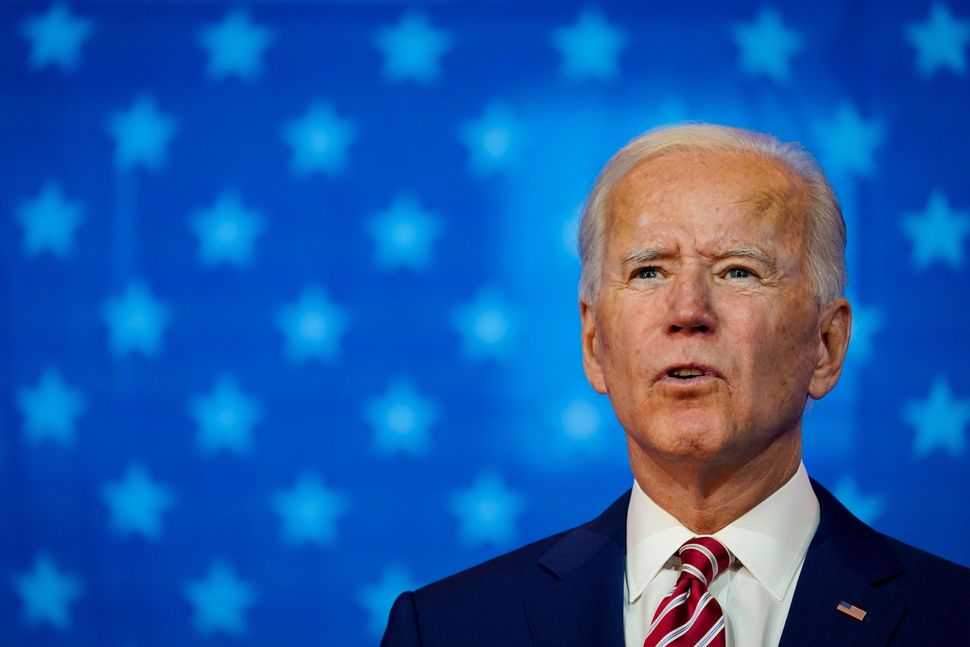 If there’s one thing I’ve come to know about Vice President Joe Biden from working for him, it’s that he wears his heart on his sleeve. I was Biden’s personal assistant from 1986-87, during which time I learned that he says what he means, and he brings his life’s experiences with him, whether tragedy or triumph, sorrow or success, pain or promise. And when Joe Biden gives his word, there is never a shred of doubt that we can trust him.

This is especially true when it comes to Joe Biden and Israel, a strong relationship from the start that has only deepened over decades. It’s a relationship I’ve witnessed firsthand, both as his staffer and as a pro-Israel activist. Contrary to what some of his political opponents may assert, I can attest from firsthand experience that there is no question about Joe Biden’s respect for Jewish values or his love of the Jewish state.

But beyond my personal experience, if we need any further reassurance, his record and relationships speak for themselves — a career spanning dozens of visits and the service of nine Israeli Prime Ministers. (Before anyone asks, Donald Trump never traveled to Israel prior to his presidency. He’s been once during his time in office, for 28 hours; he’s currently on-track to spend 100 times as long at his own golf clubs.)

But it’s not just the frequency of Biden’s trips or the longevity of his ties that matter. It’s the fact that none of this is symbolic. As I’ve seen over the years, this is part of who he is. Joe Biden has known, befriended, and worked with every single one of Israel’s leaders during that time to stand firm for the nation’s survival and strength.

The story goes back to 1973 when he first met Prime Minister Golda Meir on the eve of the Yom Kippur War, what he called “one of the two most meaningful meetings I ever had as a Senator.” He met a decorated general named Yitzhak Rabin, and heard PM Meir speak of the personal, perilous, and existential threats facing the Jewish state every day.

Over the years that followed, Joe Biden earned himself a reputation as an unyielding defender of Israel’s qualitative military edge, opposing efforts by Presidents Carter and Reagan to sell advanced weapons to Saudi Arabia that could threaten Israel. Even when Biden disagreed with Israel’s next premier, Menachem Begin, Begin knew he could count on the Delaware Senator when it mattered, as a true leader in Congress against risky arms sales to Riyadh.

Deeply impressed by the economic sacrifices Israel made to forge peace with Egypt, Senator Biden championed the major hike in U.S. aid to Israel that was requested by Begin’s successors, Yitzhak Shamir and Shimon Peres, proudly calling it “the best $3 billion investment we make” in the Mideast.

And when President George H. W. Bush tried to topple PM Shamir in 1991, withholding loan guarantees over settlement activity, Joe Biden signed up as an original co-sponsor to Republican-led legislation in the Senate that would have funded loan guarantees without condition.

For Biden, this was all personal. As the top Democrat on the Senate Foreign Relations Committee’s Europe panel, he organized hearings to highlight hardships faced by Soviet Jews. As a father, he took his children to Dachau to witness the lessons of the Holocaust. He believed that loan guarantees to resettle Soviet Jews in Israel should never be exploited for U.S. leverage.

Moving ahead through the 1990s, Biden was devastated to see his old friend Rabin assassinated for making overtures toward peace. Yet he went on to work closely with a new Israeli PM named Binyamin Netanyahu, who counted Biden as a personal friend since the ‘80s, when Bibi was Israel’s U.N. envoy. In fact, years later, Netanyahu emphasized that he and Biden will “always be buddies” and welcomed him to Israel as “part of our mishpucha.”

When the Second Intifada destroyed the Oslo peace process, Biden worked closely to support three Israeli premiers as they fought terrorism: Ehud Barak, Ariel Sharon, and Ehud Olmert. Biden teamed up with Mitch McConnell to introduce and pass the Palestinian Anti-Terrorism Act, described by the Jerusalem Post as “one of the harshest bills ever drafted” against Palestinian terrorism and a rising Hamas.

As Vice President, Biden stayed true to his Senate record: jumpstarting talks that gave Israel the largest military aid package in U.S. history to date, shepherding an emergency Iron Dome resupply through Congress to protect Israelis from Hamas rockets, fighting the delegitimization of Israel from the boycott movement and at the U.N. as “the single most dangerous” and “pernicious” slanders against Israel on the world stage, and emphasizing that “progress occurs in the Middle East when everyone knows there is simply no space between the United States and Israel.”

It’s not that I’ve never disagreed with Joe. I actively opposed the Iran Deal. But Joe has personally pledged to never let Iran acquire nuclear weapons, and I trust him.

He’s earned it. I know that we share a sincere, unflinching desire to protect Israel, the U.S., and the world from a nuclear-armed Iran.

Finally, another thread has tied together Biden’s stellar record: bipartisanship. Labor or Likud, Democrat or Republican, Israel is simply too important to fall prey to partisan politics. Which is why it was no surprise to hear Biden representing the American government at memorials for Israeli titans of left and right — delivering the eulogy at Ariel Sharon’s funeral in Israel and the National Memorial Service in Washington for Shimon Peres.

The bottom line is, Joe Biden holds Israel in his heart. Between my personal experiences working for him, and his impressive record of service, and I know he will always have Israel’s back.

Sam Lauter is a nationally recognized pro-Israel activist from San Francisco. He serves on the board of Democratic Majority for Israel and is a decades-long AIPAC leader. Lauter previously worked on the Senate staff for Joe Biden, where he served as the Senator’s personal assistant.

I worked for Joe Biden. Here’s what he really thinks about Israel.