On November 4th, 1995, I really wanted to go to the “Yes to Peace, No to Violence” demonstration. As an 11-year-old religious, Orthodox, Jerusalemite boy, I felt an urge to go to the Kings of Israel square on the Hebrew date “Yud Bet B’Cheshvan.” 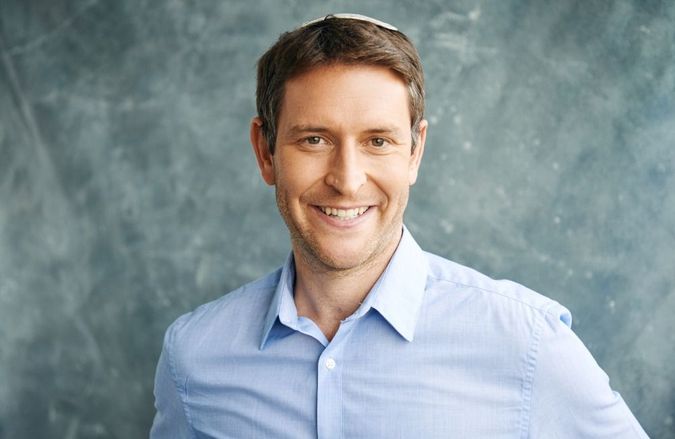 You are probably asking yourselves what would make a yarmulke-wearing boy want to travel from Jerusalem to Tel-Aviv and back on his own to attend some political demonstration, where he would probably be one of the only religious people. Unfortunately, my mother did not allow me to go, so at 10 p.m., I turned on the radio in my room to get an idea of how many participants were taking part in the event. To my surprise, the broadcast was about shots being fired and the possibility of the prime minister being hit.

I sat on my bed and started reading Psalms for his recovery. I fully remember the moment I realized that the killer was a religious Jew. This probably was my life’s defining moment.

The morning following the murder, I was having a discussion with myself on the way to my religious school. I made a crucial decision regarding my life’s purpose: to fight for Judaism’s image and make sure that our religion does not belong exclusively to one side or one interpretation.

It is safe to say that, as an 11-year-old, I did not formulate it in those exact words, but in my mind it was clear this was my mission.

In my Bar-Mitzvah year, shortly after the assassination, Prime Minister Netanyahu whispered to Rabbi Yitzhak Kaduri, one of the most prominent rabbis at the time, that “the Israeli left has forgotten what it means to be Jewish.”

I was confused and unsure I understood what he meant to say. How does it make sense for my prime minister to say that anyone who is not on his side politically has forgotten what it means to be Jewish?

Let us not forget the essentials. Judaism is built on a social mitzvot, whose whole purpose is to reduce social gaps and inequality. A government that increases gaps all over Israel and drives the country toward becoming a world leader in terms of inequality is the one that has forgotten what it means to be Jewish.

I see Rabin’s assassination as more than the murder of a prime minister because of his attempts to bring peace to our small and troubled piece of land. His murder exposed a fault line in our country over what the pillars of our society are and what lays at the core of Jewish sovereignty in the Land of Israel after thousands of years of exile.

Today, we need to fight for the image and future of our beloved country more than ever. Then, there were the country’s founders; now it’s our generation’s turn.

The only way we can strengthen the voice of Israel’s moderate majority is to do it together. Only collectively can we safeguard a Jewish, moderate, and democratic Israel all at once. Only together can we bring back humble officials leading by example or win the fight against corruption and extremism in the country. Only together can we return a sense of ownership of Judaism and Zionism back to all of us, because they do not belong to one side of the political spectrum.

I will end with the hope that Bery, my 11-month-old son, will not witness murder and political violence, but that instead, he grows up in an exemplary, just, and equal society, where Judaism is not an excuse for extremism but a beacon of love for the other, with a disdain for corruption and a thirst for peace.

Our people’s temples were destroyed around the 70th year of Jewish sovereignty in the land of Israel; now the responsibility to ensure that our beloved home isn’t destroyed once more because of extremism, corruption, and hate lies on our shoulders.

May the memory of Reserve Col. Prime Minister Yitzhak Rabin be a blessing, and may his soul be bound in the bundle of the living.