Editorial | 6 reasons to be hopeful today 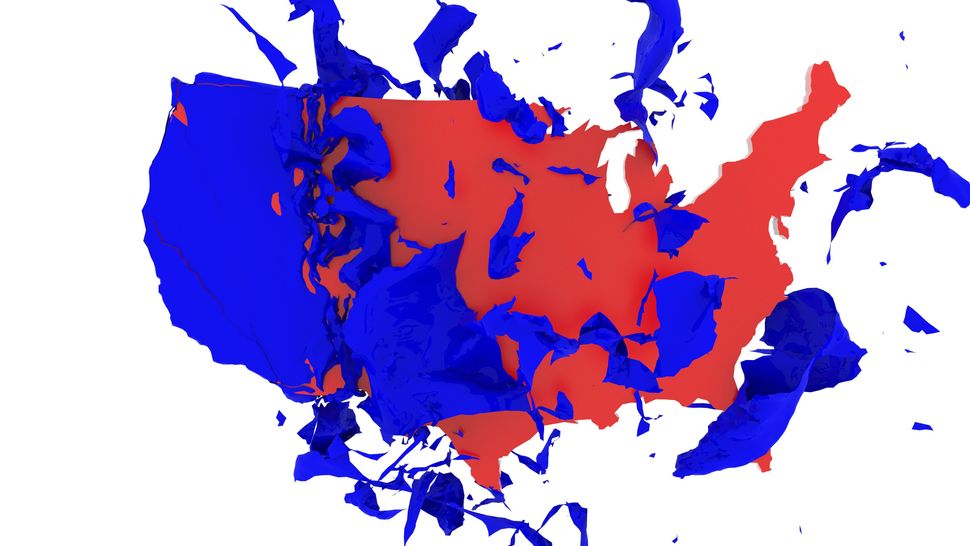 My synagogue-mom-friend text-chain was filled with foreboding. “Literally on the cusp of tears,” wrote one. “Drinking wine and thinking I need something stronger,” said another. “Have not looked at results yet,” came the third. “Watching the Queen’s Gambit. Hoping to muster the courage around 9.”

This was all before 8 p.m. on Tuesday.

I get it. The stakes have never seemed higher. People are literally dying every day of a disease that other people deny is serious. Our airwaves, social-media channels and public debates are overwhelmed by demeaning rhetoric and personal attacks. Families are cleaved apart by politics. Generational and geographic divides are widening.

And the pandemic is only making us more isolated, more insular, less able to understand other people’s experiences. When we venture out, wearing masks to protect each other’s health, we cannot even fully experience each other’s facial expressions.

So we sat down Tuesday night to find out our future. We turned on CNN or MSNBC or FoxNews, opened our laptops to The New York Times newly revamped tickers and insta-analysts, pulled Twitter up on our phone in hopes of getting ahead of the breaking news. We ordered pizza. We texted our friends. Polls closed. Results poured in. More polls closed. More results.

And we still don’t know what happened. Former Vice President Joe Biden commended our patience. President Donald Trump falsely said he’d already won and that continuing to count every vote was a “major fraud on our nation” that he’d go to the Supreme Court to try and stop. I went to bed. I woke up. There were different people explaining different numbers on CNN, but still a number of question marks.

Trump won Florida and Ohio. Arizona, Nevada and Wisconsin tilting Biden. Pennsylvania… who knows about Pennsylvania. What we know for sure is that they have three more days to figure it out.

There is so much to be worried about, so much to parse, so much yet to learn. But amid our anxiety, here are six things to celebrate:

Record turnout. A staggering 100 million people had voted before Election Day dawned, some 72% of the total number of votes cast in 2016. The United States Electoral Project predicted a total of 160 million, or 67% of eligible voters, a rate not seen since the 1908 face-off between two men who used three names, both starting with William. Notch a victory point for democracy!

Seriously, folks. Our voter turnout has been an embarrassment. It’s been in the 50s since I was born 50 years ago. Political experts said the deciding factor was often who voters most wanted to have a beer with.

Not this time. The stakes felt real, and people paid attention. Throughout the campaign, debate nights became no-date nights, as ratings topped records. States made it much easier to vote, and some 30% of those who turned out early had not voted before. I hope they stick with it.

Relative quiet. Despite a lot of sturm and drang, the businesses boarding up and the growth in gun-buying, there was no violence in the streets. There were few reports of voter intimidation, or even of disinformation online. The Department of Homeland Security said no foreign government had interfered.

Millions of people voted. Those votes are being counted. After all of the freaking out, nobody seems to be freaking out. Al Schmidt, the Philadelphia city commissioner, is a sober man explaining very calmly on CNN Wednesday morning exactly why things are gonna take awhile.

New Jersey legalized recreational marijuana. Which could come in handy.

John King’s steady hand. The Magic Wall gets more magical with each cycle. Now the CNN anchor and his colleagues — and competitors on other networks — have to not only explain the demographic nuances of each county but also the pace of early versus day-of voting in every state. His even keel, and keen insights, are inspiring.

“You can be frustrated at the county if you like,” he said of Wayne County, Mich., at 12:34 a.m. by my clock. “That’s your right. But we just have to be patient.” Does the guy ever sit down?

And “The Daily” went live! I’m biased because the host of the award-smashing podcast, Michael Barbaro, is a longstanding friend, and he was joined by another of my favorite former Times colleagues, Carolyn Ryan, newly named a deputy managing editor. But I thought it was brilliant.

And Stephen Colbert had a live Election Night show! An excellent occasional break from King and his Magic Wall. And he had his own map! “At first blush it looks like a map,” he said. “Let’s move on. That’s a map, in case you’re wondering.” And then: “Warn our affiliates we’re going to go long.” No kidding.

This “election distractor” from the Style section of The Times. Internet creativity used for good.

Laura Loomer lost. It’s not every congressional district that gets two Jewish women running against each other for Congress, but that’s what happened in Florida’s 21st. Loomer, 27, was the Republican challenging Lois Frankel, 72, who has served in Congress for eight years, after two terms as Mayor of West Palm Beach and 14 years in the state legislature.

Loomer is an Islamophobe who calls the head of the Proud Boys a friend. She calls herself “the most banned woman in the world.” She raised more money than Frankel, she called Frankel “meshuggeh” and used Holocaust images in an attack ad against her. And: she lost by about 20 percentage points. Lois Trumps hate.

Editorial | 6 reasons to be hopeful today