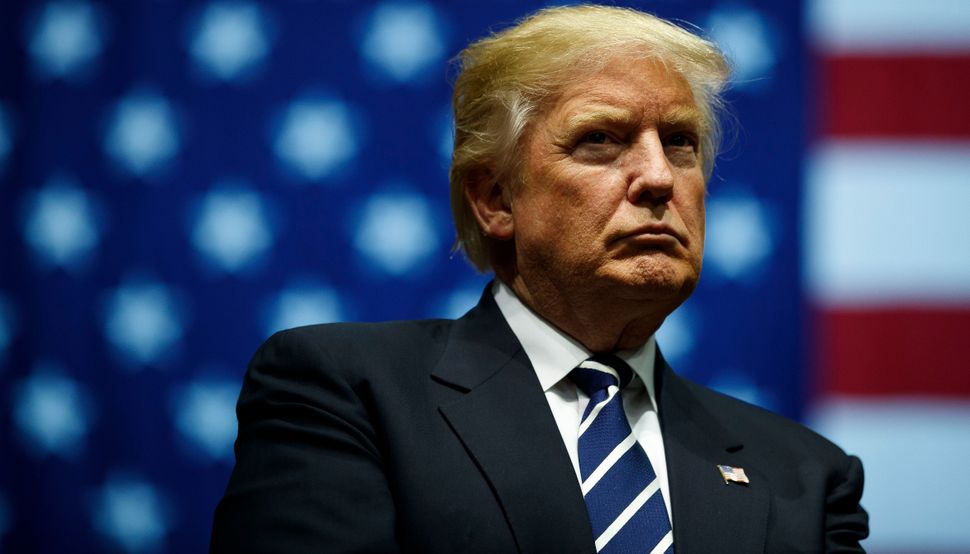 On Monday, the night before what felt like the most consequential election in my lifetime, I saw photos of a Jewish cemetery in Grand Rapids, Michigan that had been vandalized with slogans reading “Trump” and “MAGA” in red spray paint. Trump was preparing to fly to Grand Rapids that evening for his very final campaign rally of the election cycle.

I did not think this was a coincidence. What had happened seemed clear: A small but vocal segment of Trump’s followers heard his consistent dog whistles to white supremacists and direct messages to far-right militant groups to “Stand by,” and decided to take action, greeting his arrival in Grand Rapids by taking it out against the Jews, as the far-right has been wont to do for well over a century.

“At least it’s not Jewish people this time,” my partner said when I showed her the photos.

How did we ever get here? How did we get to a point where in the United States of America, a land that was thought to be so much better for Jews than the Old Country that we called it the “Goldene Medina,” smashing Jewish headstones has become so standard that it barely registers?

My partner and I, both Ashkenazi Jews who lost family in the Shoah, know the dangers the far-right poses to the Jewish community. I am the first member of my family to return to our ancestral Jewish homeland of Iași, Romania, which once held the largest Jewish community in Moldavia, before a major pogrom in 1941 during the Shoah wiped it out. I searched for days for our family plot in the old Jewish cemetery of Iași, only to discover that the cemetery had been too vandalized and desecrated to find anything.

But that happened there. Until it started to happen here, too.

The Jewish community knows why this is happening more now than ever before. There’s a reason why four out of five of us think antisemitism in the US is worse now than five years ago, and why six out of ten of us believe President Trump “bears at least some responsibility for the shootings at synagogues.” Both sides are not equal.

That’s why, as a millennial Jew thinking through my future, I’m feeling so traumatized and terrified today. Like many millennial Jews, I am reminded by Trump of my family’s own history with far-right violence. I ask myself, how can I feel comfortable living in a country where he has such strong support? Trump’s policies may not perfectly echo the Jewish past, but they evoke our own history too strongly to dismiss them. It’s why Jewish voters voted for Biden over Trump by a 77%-21% margin. (For all the talk about how Trump’s pro-Israel policies would supposedly lead him to win more Jewish voters than ever before, the opposite appears to have occurred. Trump appears to have done worse with Jewish voters in 2020 than in 2016.)

These past months have not been good for my mental health. My anxiety has been unrelenting, due to the combined stresses of the pandemic and the election. My weak Ashkenazi stomach has been flaring up so badly that some days I can’t eat at all, and I’ve lost weight and developed deep circles under my eyes. I stay up all night reading bad news. But I held out hope that on Election Day 2020, we might see a thorough drubbing of Trumpism at the polls, and I might once again feel like I have a home here.

I woke up this morning feeling less safe in the supposed “Goldene Medina” than ever before, and for the first time, my partner and I have been talking seriously about leaving.