France is forcing Muslims to choose between their country and their religion. 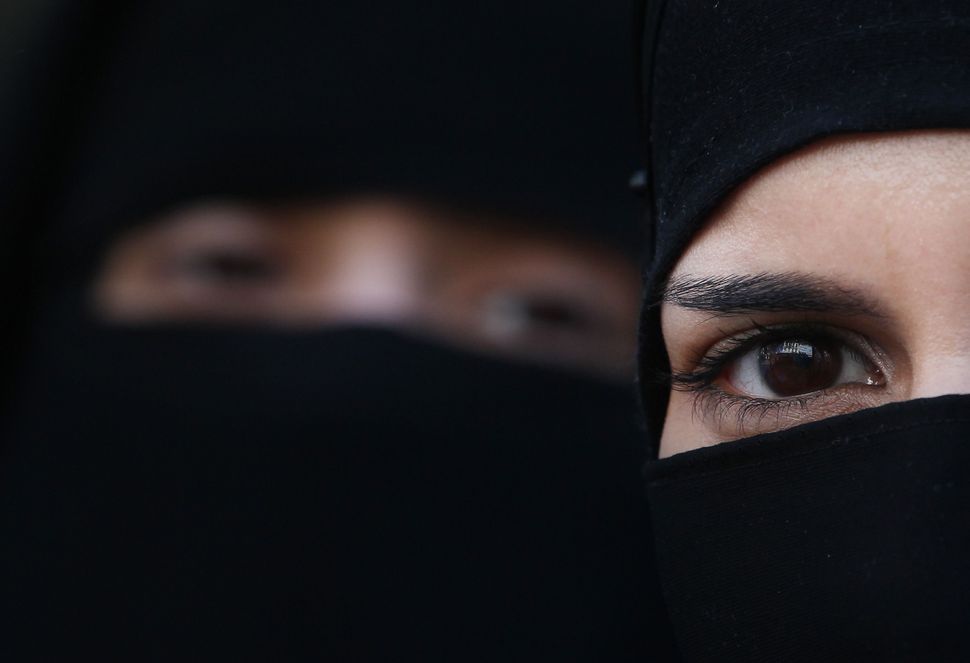 This week, French President Emanuel Macron held a virtual meeting with other European leaders to talk about how to confront Islamist extremists who struck multiple European countries over the past month. “I also want to stress that we should never create or fuel discourse in our societies by singling out groups of peoples because of their origins or religion,” Dutch Prime Minister Mark Rutte said after the meeting.

But what if a long-standing French policy is doing exactly that, with consequences that only empower extremists?

The way French society thinks about secularism is different than the way American society does. Both countries value a separation between church and state. In the United States, that means that we are governed by civil law rather than religious laws; our government cannot endorse a religion or prevent its citizens from practicing whatever faith they please.

In France, however, much of the debate revolves around maintaining a strictly secular French identity that is separate from religion. That means that for the French, secularism can also mean preventing citizens from expressing their own faith within public institutions. For instance, in 2004 France decided to ban Muslim headscarves, known as hijabs, as well as other religious symbols from French schools. It also banned the full-Islamic face veil in public places, meaning a woman who has chosen to wear this religious garb cannot do so outside of her home without risking being fined.

In the United States, such legislation would be considered unconstitutional; it would run afoul of our treasured First Amendment protections. In France, these steps are considered necessary to promote a national identity and encourage integration.

But what if restrictions on Muslims’ religious freedom are causing the opposite to happen? That’s the conclusion of a study published earlier this year in American Political Science Review. A pair of Stanford researchers examined the impact of the 2004 hijab ban on the integration of French Muslim women. What they found is that the ban significantly decreased the likelihood of a French Muslim girl completing her secondary education; rather than leave their homes without their hijabs, many young women chose instead of trop out of school.

They also found that Muslim girls who were impacted by the ban took longer to complete their secondary education and were more likely to have to repeat a class. And these educational outcomes also carried over into negative economic outcomes. The cohorts of Muslim women impacted by the bans were “almost three percentage points more likely to be out of the labor force and 3.7 percentage points less likely to be employed.” The researchers also collected evidence that suggests the bans increased discrimination against Muslim women in particular, and lowered trust in French schools.

There are some important caveats to note here. The study focused on the ban’s initial implementation and the effects on the cohorts who were directly impacted; they did not examine the effect of the law on students who are entering school today, long after the ban has been established. Still, the paper provides some initial reason to believe that France’s hijab ban backfired by making integration more difficult for French Muslim women.

As someone who spent his life around Muslim communities in the United States, this result is entirely intuitive. America is an immigration success story because, by and large, we allow people to be who they want to be. We don’t ban religious clothing in our public institutions, and while we maintain a separation of church and state, we don’t try to force everybody to embrace one set of secular values. As a result, most Muslim Americans are well-integrated and happy to co-exist with people of other faith backgrounds. The French approach, which is the approach used in much of Europe, is forcing Muslims to choose between their religion and their country. And when that happens, many will choose their religion. People don’t like to be forced into different lifestyles or different beliefs; such strategies often backfire and create a much more extreme version of whatever it is you are opposing.

We see this across the world. Egypt’s suppression of Islamist political activism has not ended terrorism there. A string of secular Turkish governments banning the hijab in public institutions did not make the country more secular in the long-run; the ruling Justice and Development party is now driven by long-held grievances against secularism and its leader, Recep Tayyip Erdogan, uses France’s anti-Muslim attitudes as a cudgel to boost his own popularity.

To be clear, I have no sympathy for Islamist terrorism or extremism. Nothing can justify violence against those who blaspheme or express bigotry. But in our response to these extremists, we should be careful not to empower them by implementing policies that allow them to create a sense of victimization that could expand their ranks.

France is forcing Muslims to choose between their country and their religion.