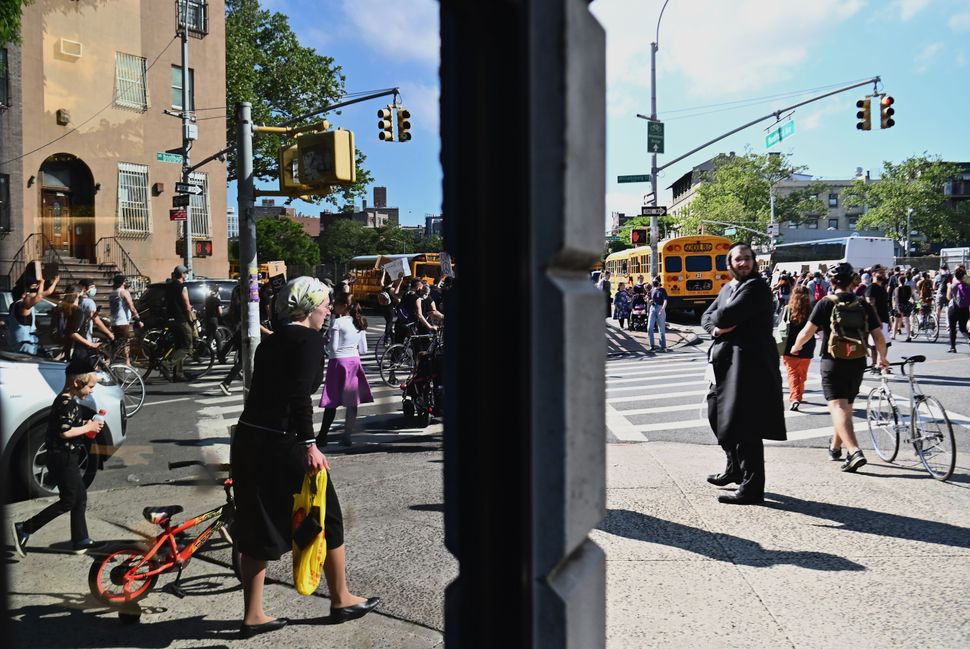 It’s official: Donald Trump has divided Jews. At least, that’s what you might think if you’ve read the news at all recently. According to Haaretz, “Donald Trump Has Split the Jewish People, Perhaps Forever.” The Jerusalem Post agrees: “Israelis are from Venus, U.S. Jews are from Mars.” Not to be outdone, we were assured in these very pages that “American and Israeli Jews are no longer one people.” With so much consensus, surely it must be true?

I am delighted to report that it is not.

Let’s get real: The Jewish Trump divide is no big deal. And it’s certainly no big mystery. From an Israeli perspective, Trump has been a good ally. He moved the embassy to Jerusalem. He helped broker peace deals between Israel and its regional neighbors. He got the U.S. out of the Iran Deal, which was unpopular in Israel.

That Trump is supported by Israelis, who, thanks to his efforts, can now book a flight to Dubai, is no shock. Considering that they are not American, it’s perfectly fair that Trump’s foreign policy as it relates to them is the main lens through which they view his presidency.

Now let’s look at haredi Jews versus secular and progressive Jews, another dividing line that support for Trump mapped neatly onto. As with Israelis and American Jews, there’s absolutely no reason to assume that these two communities would line up behind the same candidates. They might, from time to time. But given the huge differences in culture and values, it’s only natural that sometimes they will find themselves in opposite camps.

The events of the past year make this all the more understandable. I’m not surprised that Orthodox Brooklyn turned red for a wildly pro-Israel Republican after a season of being singled out for criticism by the city’s Democratic officials.

We would be well advised to pause before equating Jewish peoplehood with partisan homogeny. Because the truth is, Trump didn’t break the Jewish community; he exposed us for what we are: a people diverse in belief, custom, geography, language, values, and yes, politics.

Our unity as a people is bigger than politics. It was forged through thousands of years, across multiple continents. It has stretched over us like a canopy and housed internal divisions that felt, each in their moment, like they were enough to tear that oneness apart.

And yet they did not.

Hasid and Misnaged, Kabbalist and Rationalist, Reformer and Orthodox, Secular and Religious, Zionist and Haredi: Are we really to believe that a disagreement over the president of the United States is a bigger challenge to our oneness as a people than any of these other divisions that have in the past, and continue in the present, to rattle us and to rouse us to fierce debate?

Oneness is not about being a monolith. Such a oneness is untenable. It is also a dubious goal. The blessings of the Shema, the Jewish prayer which most powerfully expresses the unity of G-d, emphasize the remarkable diversity of creation. Reading those blessings each day, the image that forms in one’s mind and heart is of a unity which is born of kaleidoscopic, cacophonous multiplicity.

Jewish unity is of this sort. And yes, at times, it feels like something has to give. But through it all, the Jews will remain one people for the simple, powerful, but delicate reason that we continue to insist that it is so.

Matthew Schultz is an author based in Massachusetts, where he is a rabbinical student at Hebrew College. His essay collection, What Came Before, was recently released by Tupelo Press.