The real election lesson for Jews: American and Israeli Jews are no longer one people 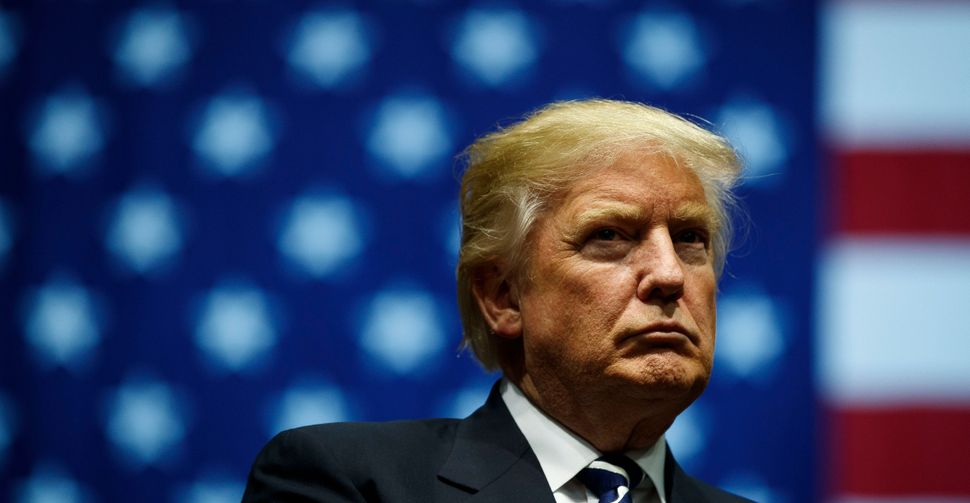 There’s a number that sums up the yawning and growing gap dividing American and Israeli Jews right now. That number is 77.

That’s the percentage of American Jewish voters who chose Joe Biden over Donald Trump in this week’s election, according to a preliminary exit poll from J Street.

Coincidentally, the number 77 pops up in another place in Jewish opinion about this week’s presidential election, too: According to Ha’aretz, it’s the same exact percentage of Israeli Jews who favor Trump over Biden, and would vote for the incumbent president over his Democratic challenger if they were able to do so.

And the reason for that large and growing gulf has to do more than anything with what it means to be a minority compared to a majority community in an age of rising right-wing ethnonationalism in the US, Israel, and Europe, and how that majority and minority status should inform our politics.

More than twice as many American Jews identify as liberal as identify as do conservative, which is roughly the exact opposite of the American population as a whole. As Charles S. Liebman and Steven M. Cohen have written, a major factor behind this consistent liberalism is the fact that there just aren’t that many of us, in the world at large or in the United States, and so we have a pretty compelling reason to see our politics in the terms of “minority group interests.” Because of our history as an oppressed minority community, we tend to worry about any politics that empowers the country’s white Christian majority at the expense of minority communities, and consequently to support a civic liberalism that focuses on ensuring equal treatment for all minority communities, and not just the interests of the Jewish people.

That’s why, in the words of Jack Wertheimer, post-World War II Jewish organizations such as the American Jewish Congress portrayed Jewish political interests in the U.S. as inherently linked to campaigns for other minority communities like the Black civil rights movement, “to insure that no group in America suffered unfair treatment.” It’s a tradition that continues today, helping to explain why American Jews oppose Trump’s immigration policies by a much larger margin than do Americans as a whole.

But Israeli Jews start from a different premise about the best manner to secure the safety of a historically-persecuted minority group that has been expelled and exterminated in numerous lands and nations across our long, torturous history. While the world’s largest and most successful diaspora Jewish community placed its faith in the principles of liberal democracy, the citizens of Israel, in contrast, have no expectation that their state should be religiously or ethnically neutral, but rather constructed a state explicitly intended to privilege the interests of the Jewish people above all others. After all, it’s a Jewish state.

It’s a fundamental philosophical difference that even affects the way we understand the meaning of Jewish history itself. Was the lesson of the Holocaust to protect all minorities, or to protect Jews at all costs? Is the best way for Jews to secure a safe future for our people by standing in solidarity with other oppressed minority communities, or in prioritizing the protection and safety of a nation-state specifically devoted to the Jewish people as our top political priority, and only after that thinking about other communities?

Israeli Jews will answer one way, and American Jews another. And if we can’t even agree on the moral lessons of Jewish history, why should we expect to agree on the politics of the present?

President Trump, for his part, has made it clear which side of this divide he stands on. As an ethnonationalist, he believes that a nation’s identity stems not from abstract ideals of civic liberalism and equality, as the majority of American Jews believe, but rather from the U.S.’s history as a majority white, Christian country; for him, “real Americans” are white and Christian.

And if you believe that nations derive their identities from particular ethno-religious identities, then naturally you would assume that Jewish politics should revolve around Israel, the nation-state of the Jewish people. That’s why there are so many examples of Trump playing with historical tropes of dual loyalty by conflating American Jewish identity with Israeli national identity. In Trump’s ethnonationalist worldview, Jewish voters would naturally prioritize the interests of the Jewish nation-state when making our political decisions.

It’s this as much as the policies he’s enacted vis-a-vis Israel — moving the U.S. embassy to Jerusalem, recognizing Israeli sovereignty over the Golan Heights, defunding UNRWA, and the Abraham Accords — that makes Israelis so sympatico to him. Not coincidentally, Trump’s ethno-nationalist worldview perfectly aligns with the worldview of Netanyahu and his Israeli supporters, who also see nation-states in strictly ethnic terms. It’s the same reason why Netanyahu can cultivate strong relationships with far-right European Christian nationalist leaders like Hungary’s Viktor Orbán, even while these leaders engage in classically antisemitic rhetoric against the Jewish diaspora.

But American Jews see things radically differently. Six in ten American Jews think Trump’s far-right rhetoric bears personal responsibility for synagogue shootings in the U.S., and more than half of us think his presidency has made antisemitism in the US worse and has made us less safe in this country than ever before.

If we can’t even agree on whether Trump has made the Jewish people more or less safe in his four-year term, how can we move forward as one community?

I suspect the answer is: We can’t. Because for Israeli Jews, Trump’s pro-Israel policies and general ethnonationalism make him an ally worthy of support. But for American Jews, his dog whistles to white supremacist groups and tacit support of far-right groups that are now the single largest source of terrorist violence in this country make Trump not just a political enemy, but an active threat to our safety and well-being.

American Jews don’t just oppose Trump; we fear his influence on our material safety in our homes, in a very real and concrete way.

And Israeli Jews, living in a country where Jews comprise the majority, simply cannot understand how it feels to be a minority.

We’re not one people anymore. We’re two communities, and the divide is only going to grow starker in the future.

The real election lesson for Jews: American and Israeli Jews are no longer one people