The Trump/Bibi alliance is over. America went for Biden, but Israelis are moving right. 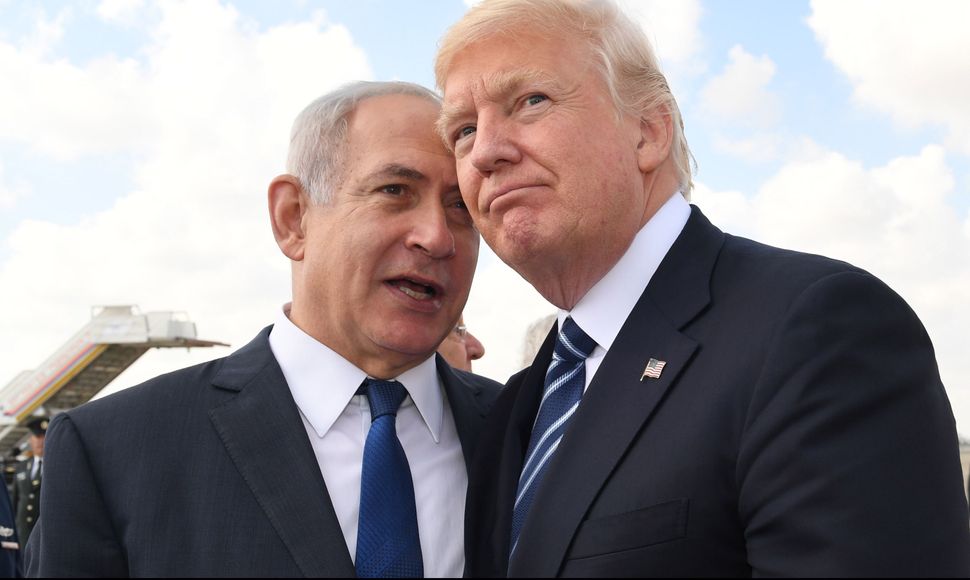 Many of the U.S.’s foreign allies have publicly acknowledged President-Elect Biden. But the Israeli Prime Minister and his governing coalition have yet to use the term “President” in reference to Biden. While Benjamin Netanyahu did congratulate Biden and Vice President Elect Kamala Harris, his social media accounts continue to celebrate Trump and the recent agreements with gulf countries.

Thank you @realDonaldTrump for the friendship you have shown the state of Israel and me personally, for recognizing Jerusalem and the Golan, for standing up to Iran, for the historic peace accords and for bringing the American-Israeli alliance to unprecedented heights.

This is not surprising. The Trump-Netanyahu alliance was infamous for the extreme right-wing policy objectives the the pushed through, both in Israel and the U.S. By recognizing Israeli sovereignty over the Golan Heights, moving the U.S. embassy to Jerusalem, and endorsing unabated settlement expansion, the Trump administration has done more to advance the notion of a “Greater Israel” than some of the most stalwart of Israeli settlement activists. Secretary Pompeo plans to visit the West Bank next week, further legitimizing Israeli annexation even in defeat.

Americans may be leaving this episode behind them. Israelis, however, are not. Despite the recent success of the Democratic presidential ticket and growing anti-Netanyahu protests in Israel, a dissolution of the Trump-Netanyahu alliance is unlikely to alter Israel’s political reality. In fact, public political support for right-wing parties is growing, while center-left Israeli party politics continues to weaken. Recent polling shows increased support for the Yamina Party and its leader Naftali Bennett, and it’s entirely plausible that a Netanyahu indictment and potential removal from power will result in a dramatic shift to the right in Israeli politics, rather than a shift to the left as many pundits hope.

Recall that within the Israeli legislature and certainly within right-wing parties including his own Likud party, Netanyahu’s political ideology is not extreme. His fiscal conservatism and hawkishness are core positions in Likud, and if placed on a spectrum, Netanyahu would probably be close to the center of a right wing party; there are many far to his right.

Netanyahu not using “president” or “president-elect” in his congratulations to Biden will get most attention. But his emphasis on 40 year “long & warm personal connection” w Biden is meant for one audience only: Israeli voting public. Which is why this video msg is in Hebrew. https://t.co/S0E4DbHIZL

Yamina is the most recent iteration of a small, mostly religious right wing parties in Israel identified with the religious settler movement in the West Bank and Gaza. The name literally means “to the right.” In addition to fervently supporting settlement expansion and annexation of the West Bank without enfranchising the Palestinians living there, their positions on social issues are even more extreme than those on the American right.

The gap between the Yamina Party and the average American voter is apparent in Knesset Members like Bezalel Smotrich. He began his political journey when he organized the so-called “Beast Parade” — a protest against the Jerusalem pride parade. He has openly referred to himself as a homophobe and objects to same-sex marriage and the protection of LGBTQ rights.

Smotrich became the co-founder of an NGO whose sole purpose was to criminalize Palestinian construction in Israel and the West Bank. While in the Knesset, he has advocated for theocratic Halakhic rule in Israel, and the segregation and discrimination of Palestinians citizens of Israel. He opposes legislative proposals addressing gender-based violence and promoting gender equality.

On the other hand you have Bennett, who is often presented as the palatable face of the religious settler right movement. His prestigious background as an officer in an elite combat unit and successful career in high tech provides him with mainstream appeal in the Israeli public. But it was his outsized public role in combatting the coronavirus, including preparing a plan to combat virus spread using military resources, that catapulted him from a lackluster performance in Israel’s latest elections into the status of a real contender.

Although Bennett’s politics may seem more benign to the casual observer, his core policy positions do not differ greatly from those of Smotrich. As Minister of Education between 2015-2019, Bennett led a major overhaul to introduce and emphasize religious Jewish texts as well as visits to Jewish holy sites in the public secular education system. He also opposes same sex marriage. Of greatest concern are his extremely belligerent positions with regards to the Palestinian territories and Palestinian lives. His absolute rejection of any Palestinian state and support of violence towards Palestinians and extra-judicial killings are in opposition to stated U.S. policy in Israel.

Should the anti-Netanyahu activism succeed in its goal of removing Netanyahu from power, the U.S. may be faced with far more extreme leadership.

The Trump/Bibi alliance is over. America went for Biden, but Israelis are moving right.