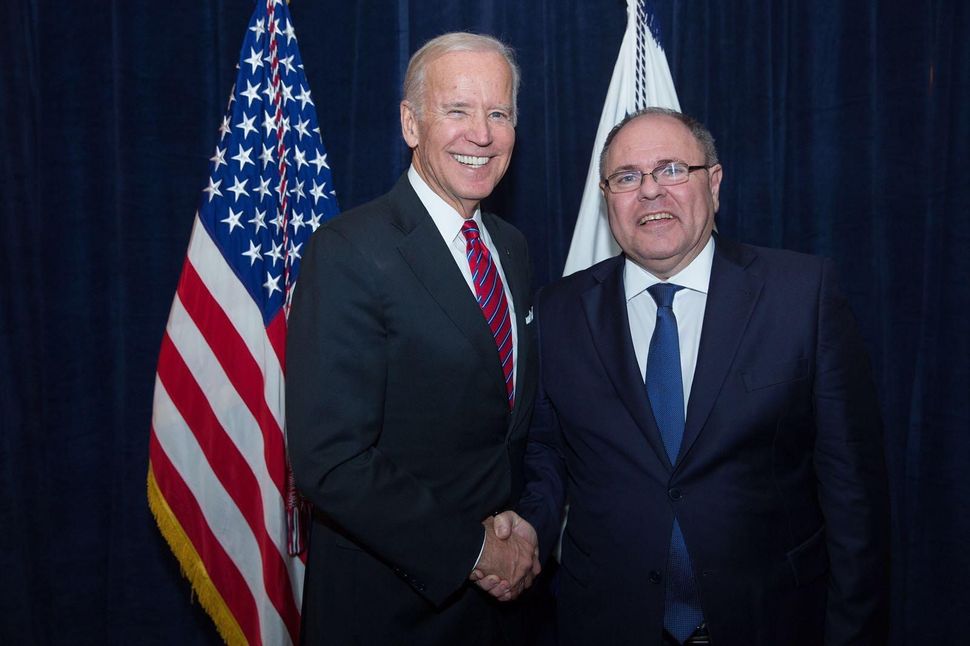 Congratulations, or as Barbara Emhoff, the incoming Second Mother-in-Law would say, Mazel Tov! You conducted a tough and dignified battle and won. I wish you great success from Israel as the 46th President of the United States.

The ultimate Jewish leader was Moses. He faced a daunting challenge: to liberate the Hebrews from slavery in Egypt and lead them to the Promised Land. “Now the man Moses was very humble, more than anyone else on earth,” says the Bible. 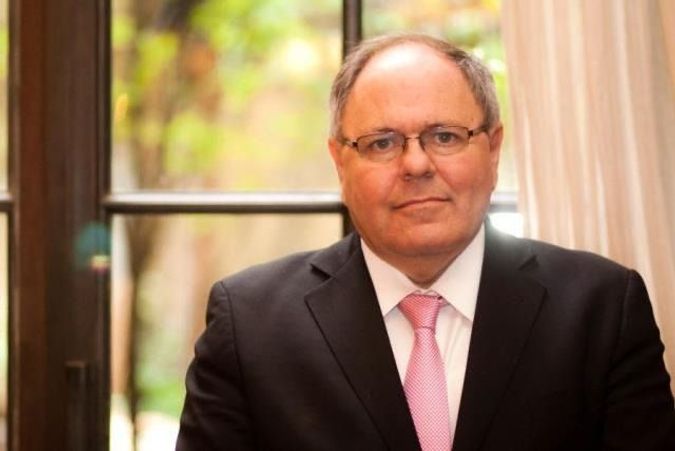 You possess that quality, too, Mr. President-elect, and it is necessary for your country now more than ever. Your challenges are daunting, and it would be naive to believe you will overcome them all. Even Moses did not. “It is not on you to complete the work, but neither are you free to desist from it,” we learn in Pirkei Avot, the ethical teachings of Judaism.

Mr. President-elect, I recently returned to Israel after four years in the U.S. serving as Consul General of Israel in New York. I will be candid: I returned worried. I observed a nation, a society, a political system being ripped apart by extremists on both sides of the spectrum, while the mainstream — moderate liberals and conservatives — seemed to watch helplessly. That same mainstream that — excuse me — did indeed once make America great, looked on clueless from the sidelines.

That’s why I was happy you were the person nominated by your party to run for the presidency: It represented the return of moderate America to the center stage.

Now that you will be President, one of the first strategic decisions you will have to make is whether you turn to the center, striving to form coalitions and build understanding with moderate Republicans, or whether you prefer shifting left to form an alliance with the more radical elements in your party.

If I may advise you, Mr. President-elect, the only type of extremism you should adopt for the sake of your country is “Extreme Centrism.” Your nation needs unification, not further polarization.

Sir, I am a Jew and an Israeli. I am also a Zionist, probably the most vilified and maliciously distorted belief that exists today. Your self-description as a Zionist, too, displays your courage and your sincerity. Thank you.

But I am curious — and that is an understatement — to know what your policies will be on a myriad of issues that concern us. As I am sure you already noticed, we Jews have this custom of giving unsolicited advice. We even have a Yiddish term for that: “Eitzes Giver.” I will not be the exception.

Mr. President-elect Biden: I don’t have any particular expertise on centrifuges or uranium enrichment. But the fact that that 6 million Jews were exterminated by a fanatical regime whose malicious designs nobody took seriously is omnipresent in my mind. I know it is for you, too, since you first learned from your father as a young boy about the horrors of the Holocaust. You took your children and grandchildren to Dachau, and you decided to run for President when the repugnant flag that represents the hatred of Jews was waived in the streets of Charlottesville, VA.

I want to share with you, Mr. President-elect, my feelings on that day in July 2015 when the Joint Comprehensive Plan of Action was signed in Vienna. When I saw that picture of the foreign ministers of the United States, the European Union, the United Kingdom, France, Germany, Russia and China smiling and laughing with their Iranian counterpart on stage, I could not control my tears.

I was not scared; I was sad, I was indignant. Barely 70 years after the end of the Shoah, the civilized world had welcomed into the family of nations a regime that calls for the mass annihilation of Jews and the extermination of their state, a regime whose Supreme Leader uses terms taken directly from Der Stürmer to refer to the Jewish State.

Mr. President-elect, when the Iranian leaders speak about wiping Tel Aviv and Haifa off the map, they do not mean the buildings. I think you know that.

This is why your policy towards Iran should not be — cannot be! — a matter of realpolitik, led primarily by cold, strategic considerations. It must be a morally driven one. That decision, Mr. President-elect, will determine whether, when you stand in Washington’s Holocaust Memorial Museum or in Jerusalem’s Yad Vashem and pledge “Never Again,” you are uttering a shallow cliché, or leading the world to repudiate genocidal policies, even preventing them from happening this time.

President-elect Biden, you may have noticed that the Arab-Israeli conflict does not exist anymore, and has been reduced to a Palestinian-Israeli conflict. Nevertheless, the importance of resolving it has not changed.

I remember one night back in 2011 when the then-newly appointed American Ambassador to Israel, Dan Shapiro, included my wife and me among his guests around his dinner table. Over dessert, he asked each guest to give him one piece of advice. Mine was this: “Ambassador, I envy the respect that you always have for your president. He always speaks from a podium with the Presidential Seal. You even have a special anthem for him — ‘Hail to the Chief.’ But when it comes to the Middle East, you make every effort to humiliate your president, sending him on impossible missions.”

Evidently, my advice did not have great influence, and President Barack Obama became one more name on the list of U.S. presidents whose prestige was tarred by a Middle Eastern failure.

I am not implying, Sir, that you should disregard this issue. I am suggesting that if you become involved in it, directly or through your designated Secretary of State, please do so with extreme caution.

Almost all of your predecessors in the last 50 years repeated the same sequence: They assumed office, they decided to bring peace between Israel and the Palestinians, they took our neighbors’ hands and ours and immediately ran and jumped together with us into the swimming pool called the “Peace Process”. And they all forgot one thing: They did not check if there was any water in that pool.

To be fair, I must admit that in certain cases, the Israeli leaders were those that urged the American president on, like Ehud Barak in 2000. But in every case, the result was negative, and in some cases, it was catastrophic.

My suggestion is then, Mr. Biden, to be extremely cautious. Things have changed in our area. The peace treaties with the United Arab Emirates and Bahrain, the developing normalization with Sudan, the covert but intimate relations with other Arab and Muslim countries, the political instability in Israel, the aging Palestinian leadership, the existence of an American Embassy in Jerusalem, and many other factors make for a very different reality than the one you mastered in your days in the U.S. Senate and even in the White House.

So, my advice is: Do not rush. Explore the area. Learn about the changes. Ask your staff to talk to all sides, not only leaders but also to civil society, and not only to those you like and already know but also to those you have reservations about, like the so-called settlers.

Every relevant player that has influence, if he or she is not involved in terror or violence, should be an interlocutor of your Administration. It will highly benefit your decision-making process.

Finally, Mr. President-elect, I ask that you be a leader in the war against antisemitism.

When I came to serve in the U.S. as an Israeli diplomat, I did not foresee in my worst nightmares that during my term, 15 American Jews would be murdered in your country for being Jews. The week I spent in Pittsburgh, PA, from the day of the deadly shooting in Tree of Life synagogue to the following Shabbat, was probably the saddest of my life.

I am not implying, Mr. President-elect, that 2020 America is 1938 Europe. Not even close. But there is one major difference between our contemporary generation and theirs: We have the experience they lacked. We know now where antisemitism can lead if not confronted and crushed in its early stages.

The war against antisemitism in America and all over the world requires your personal moral leadership as President. I know the Jewish People can count on it.