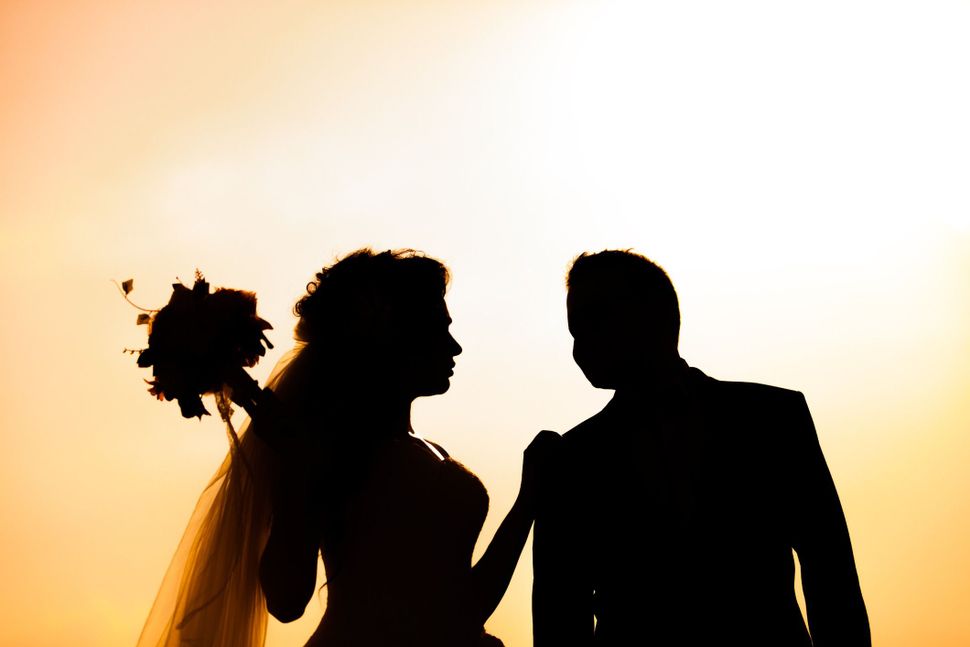 The results are in: Birthright is a success. Or at least, this is the message of a new report out of The Cohen Center’s Jewish Futures Project which measured the impact of the ten-day free trip to Israel for Jewish North Americans. But what do they mean by success? A closer look at the study reveals how deeply the Jewish community remains enthralled to an outmoded view of Jewish engagement that’s based on antiquated and insulting views about intermarriage. Meanwhile, the crucial work of scholars emphasizing how compatible intermarriage and Jewish continuity are continues to be sidelined.

Birthright’s brochures emphasize that Birthright Israel is “100 percent pluralistic, inclusive, and does not endorse any ideological, party, or religious line.” And yet, as the study makes clear, Birthright does have an agenda: Birthright trips to Israel are characterized as an “intervention” with the goal of ensuring Jewish continuity and commitment to Israel.

The Jewish Futures Project report focuses on marriage outcomes because, the authors assert, “spouse or partner choice is an indicator of engagement in Jewish life.” From the Jewish Futures Project’s perspective, the finding that 55% of Birthright participants had a Jewish spouse or partner, while 39% of non-participants did, shows that Birthright is a success. Birthright even reduces intermarriage for the children of intermarried parents.

From the perspective of someone who wants to prevent intermarriage, these numbers may sound great. But for the large percentage of Birthright participants whose parents are intermarried, it has to seem like an insult: They are considered Jewish enough to go on the trip but their family backgrounds are not good enough to be replicated in future generations.

The report concludes that “few other educational interventions in the Jewish world or otherwise have similar evidence of Birthright’s long-term effects.” But the truth is, this level of research is not happening for other kinds of Jewish programming, so we really can’t know whether what is happening here is unique.

It’s great to have longitudinal data for any social-scientific study, but these data are being collected in service of a project that was already out of touch 20 years ago and is even more so now. Birthright was founded in the midst of an intermarriage freakout exacerbated by the 1990 NJPS finding of 52% intermarriage rate. Despite decades of interventions meant to stigmatize intermarriage and pressure or persuade non-Jewish spouses to convert to Judaism, intermarriage has not gone away. Many young Jews today are the “products” of intermarriage, as Jewish policy leaders and social scientists sometimes call them, and are quite familiar with the stigmatizing rhetoric aimed at their parents. As one of my undergraduate students once aptly put it, the people who perpetuate this rhetoric know that intermarriage is going to happen, but they want to make sure people who intermarry feel bad about it.

While scholars like historians Keren McGinity, Samira Mehta, and I have demonstrated that intermarriage does not mean an end to Jewish continuity, our work is typically not taken seriously in the framing of studies like this one on Birthright. Rather, there is an echo chamber effect as these studies rely on work that comes from within the same circle: The Jewish Futures Project report cites only studies published by Bronfman, the Jewish People Policy Institute, and Brandeis. This echo chamber effect reduces our ability to understand our community — especially the lives and priorities of Millennial and Gen Z young adults.

Demonstrating Birthright’s “direct impact” on the marriage choices of young Jews follows a long-standing tradition of treating the life choices of individual Jews as widgets to be manipulated in service of a project that these individual Jews themselves may not care about. Programming for and research on Jews continues a disastrous pattern that conceptualizes uniquely and infinitely valuable individuals as means to the end of achieving Jewish continuity.

An alternative to this that would treat Jews as ends in themselves would start from their own interests and desires. Millennial and Gen Z Jews’ lives and prospects are shaped by forces that Boomers did not contend with: climate change, a gig economy, unaffordable housing, massive student loan debt. Additionally, these generations are cosmopolitan, care about diversity, and want to see progressive social change.

Focusing on intermarriage above all else, given the deeply serious problems these generations face, simply tells young adults that older Jewish leaders don’t understand them and don’t care to understand them, and that they would rather put their own priorities first and tell young adults to adapt to what’s expected of them.

That’s not a recipe for cultural creativity and renaissance. Instead, we should take seriously young adults’ realistic and serious worries about their futures in our precarious world. What if we paid off their student loans in exchange for taking part in a Jewish-community-based project that combats climate change? What if we funded cultural and ethical creativity rather than trying to keep people involved in the forms that they are already telling us don’t engage them?

What Birthright is giving the Jewish community does not tap into the wellspring of creative energy we could be nurturing. There are so many things the resources poured into Birthright could support that would produce Jewish commitment in an organic way, one that is not obsessed with marital and childbearing choices, but rather is about all the members of a community and their multiple ways of being part of each other’s lives.

Judaism and Jewishness are relevant to people’s lives in a lot of other ways than simply marrying Jewish and bearing Jewish offspring. Birthright is a step in the right direction in that it invites young adults into a positive experience. But as a community, we need to shift to a model that supports young people as they author their own lives and experiences.

Dr. Jennifer A. Thompson is an Associate Professor of Applied Jewish Ethics and Civic Engagement at California State University, Northridge.