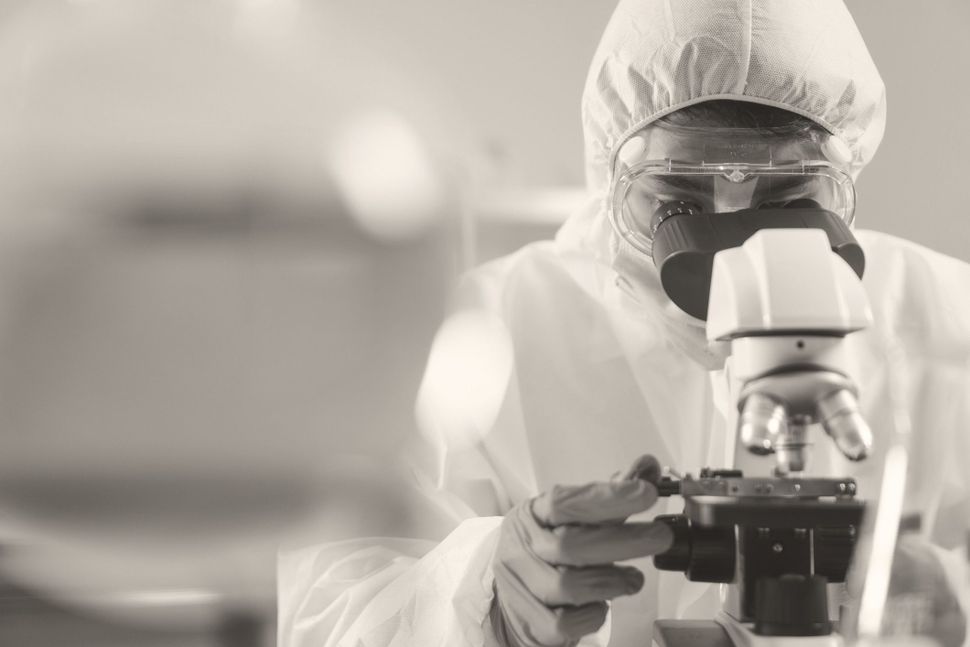 I am no longer shocked when I receive an email with a photo of my face super-imposed on an image of crematoria; like many other Jewish writers, and many other women journalists, disgusting harassment is the norm. But now, it’s scientists who are becoming a primary target; a chilling new article in The Boston Globe detailed the mental-health consequences on epidemiologists, who while trying to save us are being subjected to relentless threats.

The threat faced by scientists and journalists coalesced for me in a recent, heart-wrenching op-ed by Univision anchor Jorge Ramos, who was ejected from a news conference by President Trump in 2015. “We journalists should have been tougher on Mr. Trump, questioning his every lie and insult. We should not have let him get away with his racism and xenophobia,” Ramos writes. “We should never again allow someone to create an alternative reality in order to seize the presidency.”

While Ramos primarily addresses journalists in his piece, there’s a connection between his Op-Ed and the Boston Globe’s reporting on the harassment of epidemiologists, and it’s this: Everyday citizens need to stand up for those whose job it is to disseminate knowledge.

As the prominent historian and Yale University professor Timothy Snyder points out in his 2017 book “Twenty Lessons About Tyranny from the Twentieth Century,” one of the goals of authoritarians is to discredit sources of information, such as scientists and journalists, so that they — authoritarians — are the only source of information.

“To abandon facts is to abandon freedom,” Snyder warns. “If nothing is true, then no one can criticize power because there is no basis upon which to do so.”

We are currently living through an attack not just on facts but the idea of knowledge. And we are also in the thick of a parallel, years-long attempt to convince Americans that violent threats, and violence, are inevitable — and acceptable.

Just a few short years ago, Americans watched in horror as the Islamic State beheaded journalists. Then, it was impossible to imagine an American President repeatedly reviving Stalin’s language — “enemy of the people” — to describe the free press, a term which has its own antisemitic history. As Neil Gregor, history professor at the University of Southampton, noted in his book “How to Read Hitler,” the manner in which Nazis described “journalists” and “Jews” were often interchangeable: “When Hitler mentions the malign influence of the press he is also thinking of Jews,” Gregor writes.

Today, we are witnessing an ever-expanding definition of “malign influence,” with scientists at the top of the list. In 2020, Dr. Anthony Fauci has been threatened with beheading.

Fortunately, Fauci is continuing his work. But others haven’t. The Boston Globe reports that Dr. Caroline Buckee, a Harvard epidemiologist who published over a dozen papers on the coronavirus, suspended her Twitter account after her feed, most of which was pandemic advice and research, “triggered a cascade of sexist and personal attacks that threatened her and her family.”

While we may have felt powerless to stop the beheading of journalist heroes like Steven Satloff and James Foley, we are not powerless now.

Everyday citizens must come up with ways to support knowledge. If you can afford it, subscribe to multiple sources of news. Recognize that if you don’t fund information, it may not be there. Give subscriptions to reputable news sources as gifts and donate subscriptions to high schools. Encourage students you know to study history, whether they are required to or not; the study of history has declined everywhere except at top research universities, but history isn’t a luxury.

And when you give to a food bank, consider pairing your donation with giving to an “information bank”. Think of supporting local news and public radio, or organizations that protect journalists.

You can also help by sharing legitimate scientific information with your networks, and openly expressing gratitude and respect for scientists whenever possible. Be the counterpoint to the hordes — yes, hordes — of people harassing epidemiologists.

Write a letter to your local paper expressing thanks for the people working seven days a week on vaccines. Send a handwritten card to the infectious-disease specialist answering questions on local radio, and hope it drowns out the hate-mail they have likely received. Buy books by scientists for your personal library; prominently display them in your home. Promote curiosity by buying scientific games for children.

It’s strange to consider that knowledge needs a defense, but it does.

Ein somchin al hanes, the Talmud insists: Don’t rely on miracles. When you personally champion science and defend those who devote their lives to the pursuit of truth, the life you save may be your own. As Hanukkah begins, make your defense of knowledge your gift to the world.

Aviya Kushner is The Forward’s language columnist and the author of The Grammar of God (Spiegel & Grau) and Wolf Lamb Bomb (forthcoming, Orison Books). Follow her on Twitter @AviyaKushner